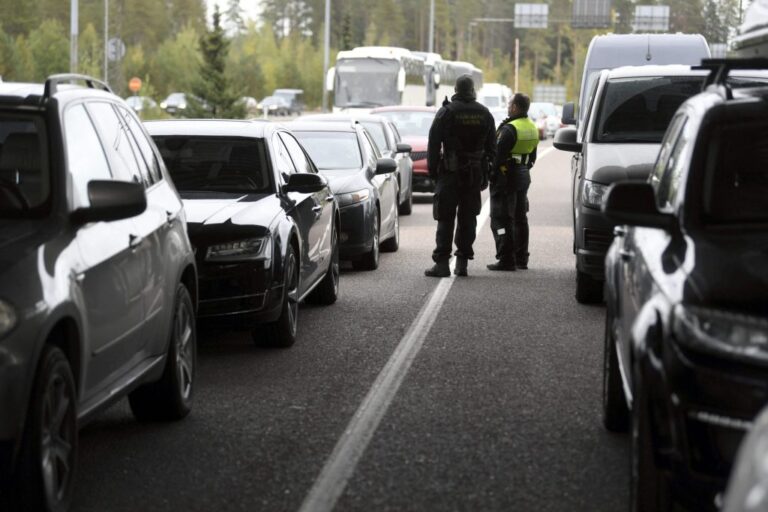 Russian men and their families flooded to the border over the weekend as speculation grew that the Kremlin may bar mobilisation-eligible men from leaving the country.

Witnesses reported hours-long lines at the main airport in Moscow and at land crossings into Kazakhstan and Georgia as reports spread that those subject to the call-up may be banned from leaving as soon as this week.

The government sought to assure people that the rules of the “partial” mobilisation that President Vladimir Putin declared September 21 would be enforced after stories of ailing, old or otherwise exempt people being conscripted went viral on social media.

Putin late Saturday decreed a deferral for some students at state vocational schools and universities, after the Defense Ministry’s assurances failed to calm the public. Vyacheslav Volodin, the speaker of the lower house of parliament, on Sunday promised an “individual” approach to each complaint received, reiterating assurances from some regional governors.

But the Federal Security Service, or FSB, has begun stopping men from leaving the country on the orders of military commissariats, Russian lawyer Pavel Chikov, who advises on conscription cases, said in his Telegram channel Sunday. He posted photos of two notices handed out at different crossings on the border with Kazakhstan.

Russia’s FSB has started banning some military age men from leaving the country. These two cases of men banned by order of their local military commandants from crossing the border into Kazakhstan. Not clear if they already had been served call-up papers. https://t.co/ISNxBBDhiC pic.twitter.com/V6U1qtoyCr

Meduza news website and exiled tycoon Mikhail Khodorkovsky’s media group over the weekend cited unidentified people saying that men of conscription age will be barred from leaving the country after the staged referendums on annexation in occupied Ukrainian territory, which are set to end on Tuesday. Similar reports of an imminent border closure circulated in the days after Putin ordered his troops to invade Ukraine in February, though no such restrictions were imposed then.

Small, scattered protests against Putin’s mobili ation have broken out across the country. Police detained about 828 people in 35 cities at protests as of Sunday evening, according to the OVD-Info monitoring group.

In Dagestan, police fired guns in the air to disperse a rally, according to a video Kommersant newspaper posted in its Telegram channel.

Nearly 5 miles long queue on the Russian-Kazakh border two days ago. About 15 hours waiting time to cross the border into Kazakhstan from Russia. Rental prices went up in Kazakhstan with similar projections in Kyrgyzstan and Uzbekistan if influx stays on. https://t.co/hJoNelmbU9

Crossings at Finland’s eastern land border doubled in the week to Friday to 7 700, according to figures published by the Finnish Border Guard. By Saturday, Russian arrivals had reached 8 572, with departures also climbing to 4 199.

In Uralsk, Kazakhstan, the CinemaPark movie theater offered Russians driving across the border a place to stay after the influx left many arrivals searching for housing and pushed up cost, according to the Kazakh24.info news website.

The line at the land border in Georgia was about 10 kilometers (six miles) long and took about 24 hours, according to Daniil, a 35-year-old software programmer, who rented a van in Vladikavkaz with friends, paying 10 000 rubles ($170) each.

“I don’t believe that this is a partial mobilization,” he said in the central square in the capital, Tbilisi. Though he never served, he said: “I have this military card that says that I am a soldier but ineligible by age. But yes, I know that we are all reserves, and one day this moment would come, so that’s why I chose to come here. Their tactic is simply to lower the panic and say it’s a partial mobilisation.”

The MIA of “North Ossetia” has warned Russians against travelling to Georgia through the Upper Lars checkpoint. pic.twitter.com/qq5wbmd3Cx