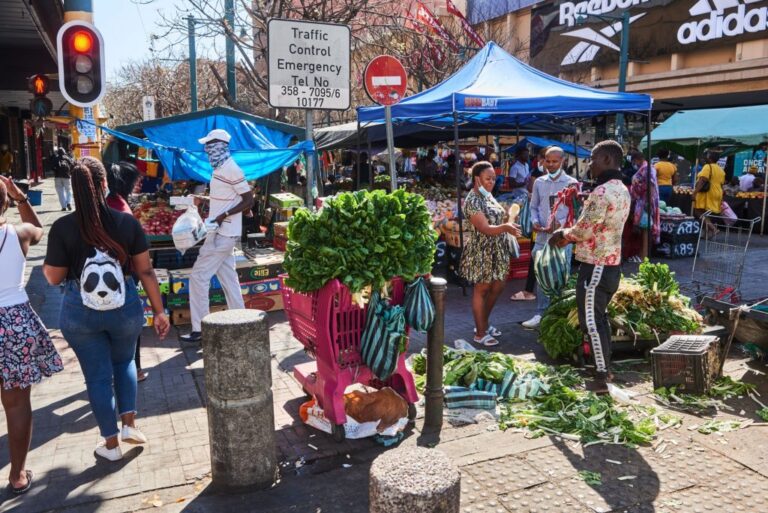 The agency announced its findings on the country’s creditworthiness on Friday, giving South Africa a BBB long-term and B+ short-term rating, with a stable outlook.

Its views of the country’s sovereign status contradict those of the ‘big three’ – Moody’s Investors Service, S&P Global Ratings and Fitch Ratings – which together account for about 95% of international rating activity, having all been around for over a hundred years.

Moody’s latest assessment of South Africa stood at Ba2 with a positive outlook, while Fitch and S&P gave the country a BB- rating with a stable outlook.

SAR says to reach its findings, it considered “the direction and assessment of the South African economy in terms of key indicators and variables”, including natural resource endowments, climate change risks, economic growth, and government debt, as well as monetary and fiscal policy stance.

“The ratings are also supported by the country’s reconstruction and recovery plan which aims to address some of the country’s challenges such as high unemployment, poverty and income inequality, energy, and water crises, as well as deteriorating infrastructure and logistics networks,” the agency says in its report.

Chief ratings officer David Mosaka explains: “Our ratings score [connotes] the fact that in terms of South Africa’s ability, capacity to honour its debt obligations, the South African government – or the Republic of South Africa – is very adequate in fulfilling that.

“That is a very key message of leading indicators that underpin the whole modelling exercise.”

With the release of its first report on South Africa, SAR has stepped up to challenge industry giants who have long been criticised by African countries for their harsh-handed and systemic approach to credit rating decisions.

Promising to be different and more well-rounded in its assessments, SAR has committed to better serving the continent’s interests.

“Our approach is to be modern, to offer sovereign ratings in an accountable way and in a responsible way which is not based on the narrow interest of those who do not care how the economy progresses, how the sovereigns that they rate fare, because they feel it is not their responsibility, it’s not part of their mandate,” says CEO Sifiso Falala.

“We believe that it can and should be part of their mandate.”

Ghana as an example

Earlier this year, Reuters reported on the Ghanaian finance ministry’s dissatisfaction with a decision taken by Moody’s to downgrade the country’s credit rating from B3 to CAA1.

Moody’s justified its decision by citing the “increasingly difficult task government faces in addressing the intertwined liquidity and debt challenges”.

Ghana rejected the agency’s reasoning, saying that its decision failed to take into consideration critical information.

It went as far as accusing Moody’s of bias against African economies.

Professor of Political Studies at the University of Johannesburg Professor Steven Friedman welcomed the agency’s report and expressed support for the huge undertaking of taking on the existing players in the industry.

Friedman said SAR’s work will disrupt the system and hopefully tackle the systematic prejudices the industry giants have created in their lifetimes.

“It’s not a perspective that says everything is wonderful … it’s simply based on a far deeper-rooted understanding of the realities of the societies in which we operate than we are going to get from three people who fly in for three days and talk to … business people, so in that sense it [SAR] is very important,” he said.

Friedman did however add that in order to ensure that SAR achieves its goals, holding the agency to account for its work will be very important.