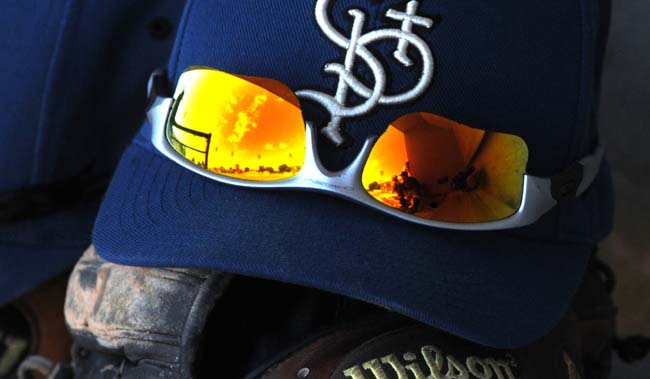 Saturday night’s game against Omaha at CHS Field marked the beginning of the second half of the season for the Saints, and despite a ho-hum record of 37-38, the first 75 games were  eventful — and impactful.

Most notably, the talent amassed on the Triple-A level has played a major role in the Twins’ ability to stay on top of the American League Central despite major injury issues.

Jose Miranda, the Twins’ latest walk-off hero, began the season with the Saints after emerging as a top prospect in a breakout season with the Saints (37-39) in 2021. Fellow infielder Royce Lewis, the organization’s top prospect, also made the trip across the river after the start of the season, only to suffer a season-ending knee injury. But not before drawing raves in both cities.

Nineteen players who began the season in St. Paul have been called up by the Twins. With several players getting the call multiple times, the Twins have turned to the Saints for help 39 times.

Outfielder Mark Contreras, who had two brief stints with the Twins this season, was comforted in knowing that he was surrounded by Saints teammates when he got called up, but also by the sense that the two teams are part of one family.

“A lot of the guys I have been working with since I was drafted,” said Contreras, who homered in the Saints’ 6-4 loss to the Storm Chasers (37-38) Saturday night. “The energy in the clubhouse is similar as it is here, because (the call-ups) brought the same energy, the same vibe.”

Contreras believes Twins players appreciate and acknowledge the contributions made by those called up.

“They’ve been in our situation before,” Contreras said. “They’re very welcoming up there. I was nervous the first few days but they made it like, ‘You belong up here. You are part of the farm system and part of the plans.’

“You want to show them that you are there to help, and that you’re not that deer in the headlights.”

Among the other season highlights, outfielder Jake Cave extended his on-base streak to 46 games on Saturday with a first-inning walk. He reached base four times, including on a single in the fifth inning that extended his hitting streak to 13 games, and a home run in the seventh, his 10th of the season and fourth in the last six games.

Cave, who could join the Twins before season’s end, leads the International League with seven triples.

“He’s playing incredible right now,” Contreras said. “It’s all paying dividends from the work he does in the (batting) cage. He works his butt off. I can’t wait for him to get back up there.”

Relief pitcher Trevor Megill, on rehab assignment from the Twins, pitched a scoreless fourth inning. Megill had been sidelined since June 19 with right shoulder impingement. He began the season with the Saints before being called up by the Twins on May 21. … Saints starter Ariel Jurado gave up a grand slam in the first inning, and the Saints trailed 6-0 early before a late rally fell short. They were looking to match the Twins with walk-off wins on consecutive days.