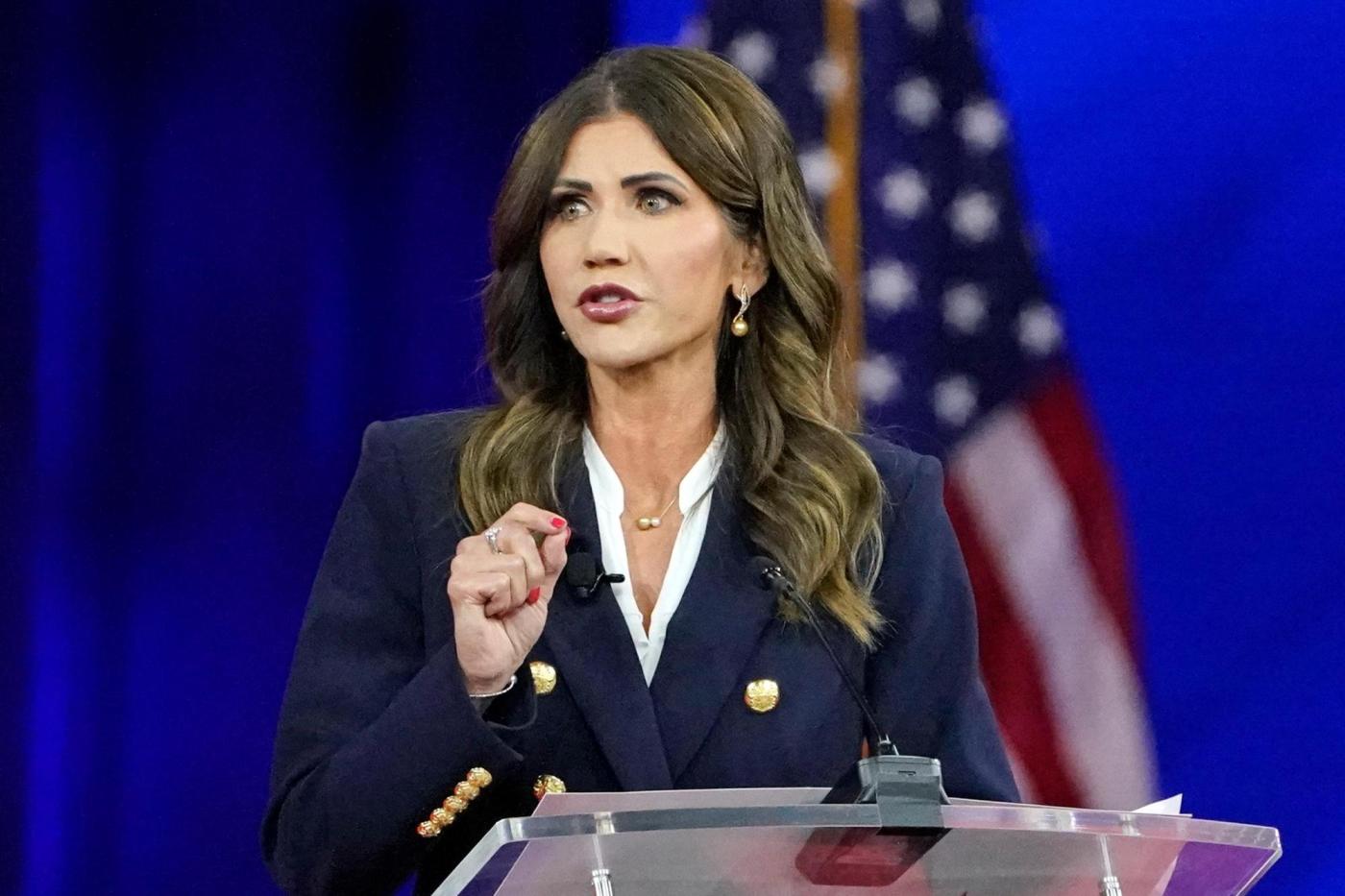 SIOUX FALLS, S.D. (AP) — A South Dakota ethics board on Monday said it found sufficient information that Gov. Kristi Noem may have “engaged in misconduct” when she intervened in her daughter’s application for a real estate appraiser license, and it referred a separate complaint over her state airplane use to the state’s attorney general for investigation.

The three retired judges on the Government Accountability Board determined that “appropriate action” could be taken against Noem for her role in her daughter’s appraiser licensure, though it didn’t specify the action.

The board’s moves potentially escalate the ramifications of investigations into Noem. The Republican governor faces reelection this year and has also positioned herself as an aspirant to the White House in 2024. She is under scrutiny from the board after Jason Ravnsborg, the state’s former Republican attorney general, filed complaints that stemmed from media reports on Noem’s actions in office. She has denied any wrongdoing.

After meeting in a closed-door session for one hour Monday, the board voted unanimously to invoke procedures that allow for a contested case hearing to give Noem, who has denied wrongdoing, a chance to publicly defend herself against allegations of “misconduct” related to “conflicts of interest” and “malfeasance.” The board also dismissed Ravnsborg’s allegations that Noem misused state funds in the episode.

However, the retired judges left it unclear how they will proceed. Lori Wilbur, the board chair, said the complaint was “partially dismissed and partially closed,” but added that the complaint could be reopened. She declined to discuss what would cause the board to reopen the complaint.

The board can issue a public or private reprimand or direct an official to do community service. It can also make recommendations to the governor — though that option seems unlikely since the complaints are leveled against Noem.

The AP first reported that the governor took a hands-on role in a state agency soon after it had moved to deny her daughter’s application for an appraiser license in 2020. Noem had called a meeting with her daughter, the labor secretary and the then-director of the appraiser certification program where a plan was discussed to give the governor’s daughter, Kassidy Peters, another chance to show she could meet federal standards in her appraiser work.

The complaints are proving to be the first major test of the board, which was launched in 2017 in response to several scandals in state government. It has never taken public action against a state official.

The retired judges also referred a complaint that Noem flew on state-owned airplanes to political events to the state attorney general’s office for further investigation. That puts the investigation under the oversight of the interim attorney general, Mark Vargo, who was appointed by Noem.

Vargo indicated he would not recuse himself from the investigation and even keep his office’s work on the matter confidential.

The board handled the complaints only by case number and did not refer to Noem directly in either case. Ravnsborg provided the case numbers to The Associated Press.

The board plans to publicly release the complaint over the appraiser license for Noem after redacting some sections. It did not give a date for when that will happen.

Noem and Ravnsborg have become political enemies since he fatally struck a pedestrian in 2020. Noem pushed hard for him to be removed from office, and the state Senate convicted him on impeachment charges and removed him as attorney general. He had continued to press the complaints as a private citizen.

Noem did not immediately respond to messages seeking comment.

Noem’s office has said the plan to give Peters another chance was already in the works before the meeting in the governor’s office, but the agency’s director, Sherry Bren, told a legislative committee last year that she felt “intimidated” during the meeting at the governor’s mansion where Peters’ unsuccessful application was discussed in detail. A Republican-controlled legislative committee that probed the episode concluded that Peters received special treatment.

Bren was also pressured to retire later in 2020 and eventually received a $200,000 settlement to withdraw an age discrimination complaint.

The former attorney general’s other complaint was sparked after online news website Raw Story found that Noem in 2019 used a state airplane to travel to events hosted by political organizations such as the National Rifle Association and the Republican Jewish Coalition, even though South Dakota law bars state airplanes from being used for anything other than state business.

Noem has said she was traveling to the events as an ambassador for the state.