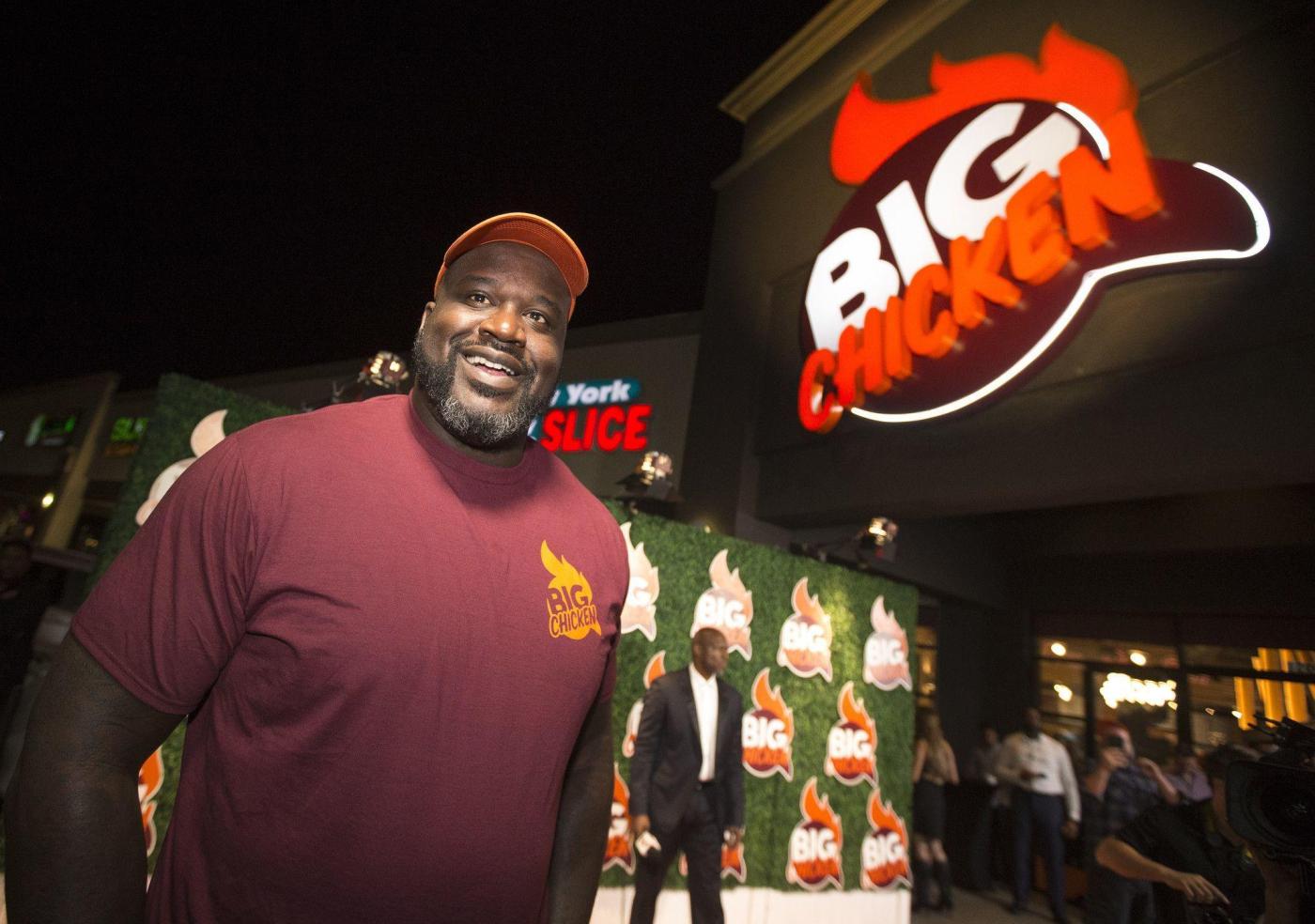 NBA Hall-of-Famer Shaquille O’Neal is sending his Big Chicken franchise to South Florida, with a blitz of fast-casual restaurants set to open across the tricounty in 2022 and 2023.

All told, the fried-chicken franchise founded by the basketball icon in 2018 inked a deal for 45 franchises in Florida, with Fort Lauderdale and West Palm Beach slated to open first. New storefront leases are “days away” from being signed with future outposts destined for Miami, Tampa, Orlando and Fort Myers. No addresses have been announced yet.

Fred Burgess, whose Davie-based hospitality group DMD Ventures partnered with O’Neal on the franchises, tells the South Florida Sun Sentinel that he felt an instant kinship with the NBA legend, especially after meeting him in person last week at a Las Vegas restaurant.

Sitting in a restaurant booth across from Shaq can be intimidating — the experience, for Burgess, not unlike rubbing shoulders with a giant. When the meeting finished, O’Neal and Burgess stood up and shook hands, and “my hand felt like a little ping-pong ball in his hand,” he recalls.

“This isn’t the usual case where a celebrity endorses a chicken place. This is actually a brand he created by himself and is inspired by him,” Burgess says. “He found these veteran partners and wants to scale up fast.”

Ultimately, it was Shaq’s ego that sold Burgess and his DMD Ventures partner, Jack Flechner. Calling his restaurants “Chicken Shaq” — or some other on-the-nose, celebrity-driven name — would have been cringeworthy, he says, and Burgess respected O’Neal more for sidestepping the obvious.

“He could have called this Shaq’s Big Chicken,” Burgess says. “But the brand isn’t focused on him. When you enter a store, you’re not surrounded by Shaq. They stayed away from that. It’s incredible to keep your ego out of it.”

Founded in Las Vegas, Big Chicken currently has 200 new franchises in the pipeline, with a handful already open in two states, inside sports arenas and even aboard Carnival Cruise ships.

Big Chicken plans to open locations in Fort Lauderdale and West Palm Beach in late 2022 and early 2023. Go to BigChicken.com.