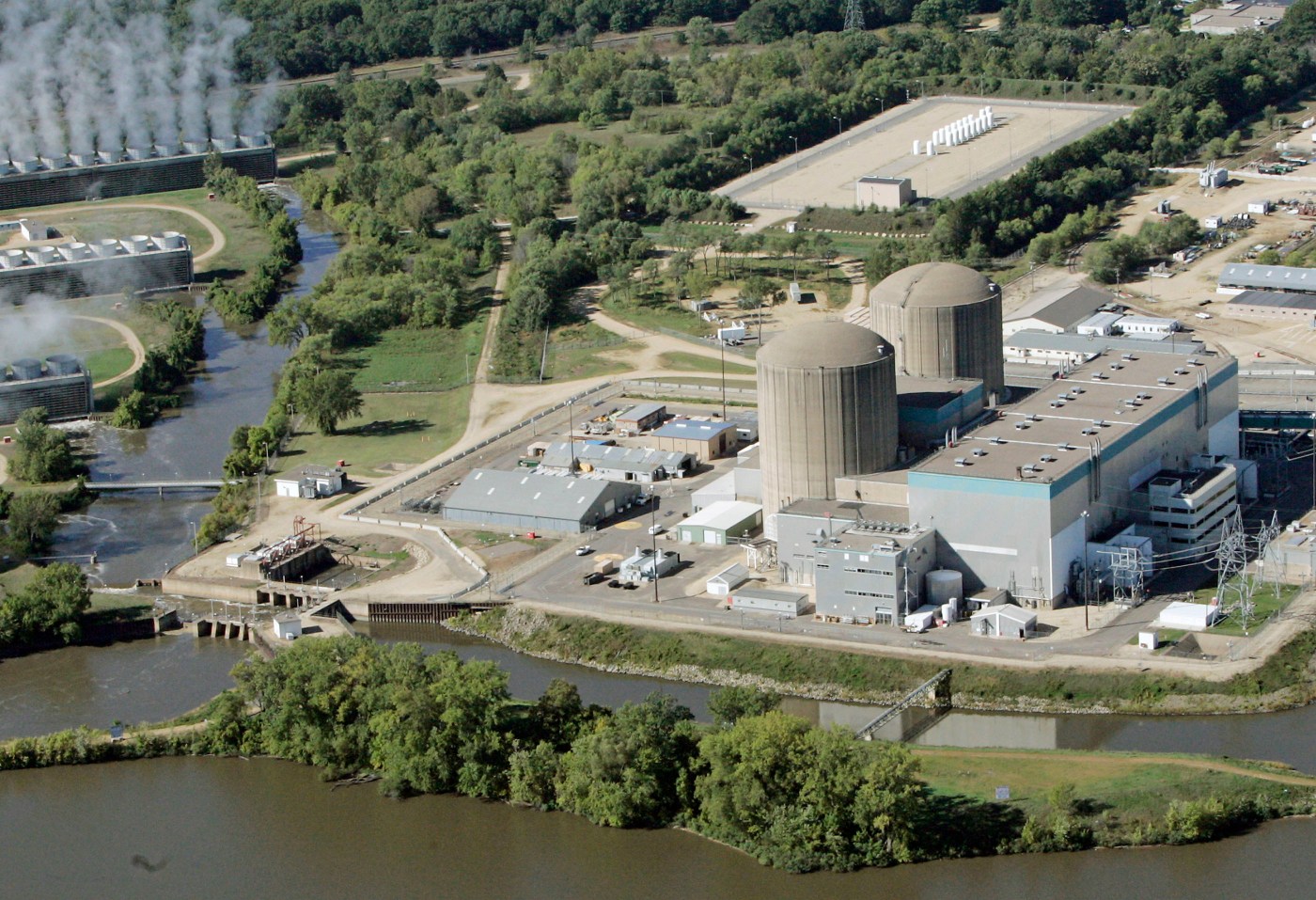 As policymakers look for ways to cut carbon emissions and energy costs, many groups have touted nuclear energy as the best technology to generate clean, reliable power.

But in Minnesota, a 1994 moratorium stands in the way of utilities developing new nuclear power plants. Whether it should remain in place is a perennial issue in state politics, and in recent years it’s an issue on which some Republicans and climate-conscious progressives have found common ground.

The state’s two aging nuclear plants are set to shut down in the 2030s, and while many say nuclear could be the answer to reliable clean energy, massive costs and environmental concerns remain a major roadblock. Would nuclear have any future in Minnesota if the state lifted its ban?

This July, Republican gubernatorial candidate Scott Jensen made the moratorium issue part of his campaign, calling for the end of the state’s “clean car” rule and lifting the ban on new nuclear power plant construction.

Eric Meyer, founder and executive director of Generation Atomic, a Minnesota pro-nuclear group that sees the energy source as the best available solution for reliable carbon-free energy, said it’s a rare instance that he agrees with Republicans.

“The one thing that the Republicans are right about is we do need more nuclear power in Minnesota and this moratorium has outlived its usefulness, if it ever had any,” Meyer said.

Nuclear has long been unpopular among many environmentalists due to the risk of meltdown and the question of what to do with radioactive waste, but it’s increasingly seen as a way to address human-caused climate change. Meyer said lifting the moratorium remains a long shot in the Legislature, where many DFLers remain opposed. But some Senate DFLers backed pro-nuclear legislation this session, and others in the House are receptive, he said.

Gov. Tim Walz, a DFLer, has a plan for shifting the state to carbon-free energy sources by 2050 that remains neutral on the topic of nuclear power. But as a state representative in 2009, Walz called for Minnesota to end its nuclear moratorium.

WHAT IF MORATORIUM ENDS?

If Minnesota’s ban on new nuclear remains in place, the state likely will generate no nuclear energy by the 2040s.

If Minnesota lifted its ban on new nuclear power plants, however, there would not be an immediate nuclear renaissance: Opponents and supporters say if there were any significant changes in Minnesota, they wouldn’t happen overnight.

“Even if the moratorium went away tomorrow, we’re not going to start building anything,” Meyer said. “These projects do take a long time to develop.”

It can take a decade to build a reactor, and projects often run significantly over budget and behind schedule. The only current nuclear project in the U.S., the construction of two new reactors at Georgia’s Plant Vogtle, which started in 2009, has been plagued by delays and could end up costing more than $30 billion — more than double the original $14 billion price tag, the Associated Press reported in May.

It’s also not entirely clear if the major utilities have serious interest in developing new plants, perhaps due to costs. Xcel Energy historically has been quiet on the moratorium and has not offered any clear signals on how nuclear might fit into its plans to become carbon-free by 2050. Xcel representatives did not respond to requests for comment for this story.

Sen. John Marty, DFL-Roseville, one of the authors of the 1994 moratorium, points out that there are 38 states without a ban on new nuclear, and none has seen aggressive development of new plants. The longtime state senator and former chairman of the Senate Environment and Energy Committee remains skeptical that utilities will want to embark on expensive projects.

“Read between the lines of what Xcel is saying, and it’s not like they’re all here begging us for it. They could have a pretty powerful campaign for it if they wanted, and so, I kind of laugh when I see the proponents say this moratorium is such an urgent thing,” he said. “I’m not sure that’s the case and I think Xcel Energy isn’t sure that’s the case.”

Advocates such as Meyer say there are a number of new reactor designs that could reduce costs and increase safety, such as small modular reactors. Those technologies aren’t yet available for energy production, though Xcel Energy is looking into operating a small modular reactor under development at the Idaho National Laboratory, which would mean it could use that experience in operating future reactors in Minnesota, Meyer said.

Marty still opposes new plants but said he keeps an open mind about new developments that might make nuclear power generation safer. But with the urgent need to address a looming climate crisis, he said, it would be best to make immediate use of currently available renewable energy technology rather than wait a decade or longer for improved nuclear options.

Still, he sees current nuclear plants as an important part of reducing carbon in the present.

“I’m not a supporter of closing down existing nuclear power, because the biggest problem we have is the climate one,” he said. “(If) they come up with a solution to the waste and the cost and safety, I’m on board.”