A judge has granted a preservation order on the multi-million rand luxury home and furniture of former National Lotteries Commission (NLC) board chair Alfred Nevhutanda.

Besides the house, the order was also granted against Vhutanda Investments, a private company that owns the property. According to official company records, Nevhutanda is the sole director.

At the time the home was purchased, set on its own private two-hectare estate in Pretoria, Nevhutanda was the long-time chairperson of the NLC board.

The order, which was sought by the Special Investigating Unit (SIU), was granted after a secret virtual hearing presided over by Special Tribunal Judge Soma Naidoo on 15 June.

The judge also instructed the SIU to initiate civil proceedings against Nevhutanda and Vhutanda “for the disgorgement of secret profits improperly earned” during Nevhutanda’s tenure as the NLC board chair.

Judge Naidoo also ordered a “review and setting aside” of the decisions by the NLC to grant funding to five non-profits, which between them received tens of millions of rands for infrastructure projects. These include two Lottery-funded old age homes and a drug rehabilitation centre that have never been completed.

In terms of the order, both Nevhutanda and Vhutanda Investments are “prohibited from selling, disposing of, leasing, transferring, donating, or dealing any manner whatsoever with respect to the immovable property and the furniture.”

The SIU said in a statement: “The property is now under the care of a curator.”

“The SIU will institute civil proceedings within 60 days, which seeks to review and set aside the decisions by the NLC to approve funding for War_Rna NPO, Inqaba Yokulinda, Mushumo Ushava Zwanda, Simingaye Community Project NPO and Zibsilor NPO, and recover financial losses suffered by the state.”

Also included in the order are two private companies. One of them, Mishone Trading 11, was identified by the SIU as a “vehicle to distribute NLC funds” to businesses “directed by” members of NLC chief operating officer Phillemon Letwaba’s family.

Several individuals involved with the affected non-profits are also named in the preservation order.

“[The] SIU probe has revealed that the property was funded by non-profit organisations (NPOs) with the money they have received, under the auspices of grant funding, from the National Lotteries Commission,” the SIU posted on its official Twitter account.

“Five NPOs applied for grant funding at the NLC and were jointly funded to the tune of over R100-million. Immediately after funding was received, the NPOs transferred money to a legal firm for the purchase of the property and the furniture,” reads another tweet. 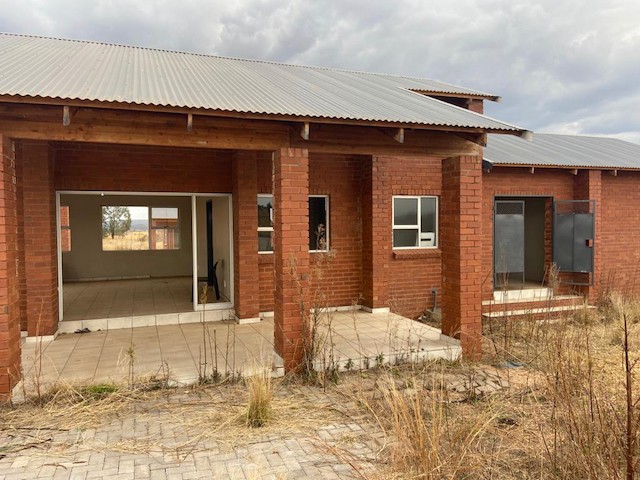 Construction has been abandoned at the Zibsilor rehab centre in Soshenguve. It had received R29.5-million from the NLC. Photos: Raymond Joseph

GroundUp revealed earlier this year how non-profit organisations that had received Lottery grants contributed millions of rands, both directly and indirectly, to help pay for Nevhutanda’s lavish R27-million mansion. It was being marketed by a London-based estate agent for £2.42 million at the time Nevhutanda bought it in 2018.

The GroundUp investigation uncovered evidence that the money was paid over a six-month period, between September 2017 and March 2018, directly to Couzyn Hertzog & Horak Attorneys, a law firm acting for the seller of the property. This money was held in trust by the attorneys until the property was transferred to Vhutanda.

The total cost of the house, including over R3-million in transfer fees, was more than R30-million. Yet it has a municipal valuation of only R5.3-million.

The nonprofits affected by the preservation order are:

Not included in the preservation order are several private companies that contributed to the house, including an IT company and another company linked to NLC COO Letwaba. 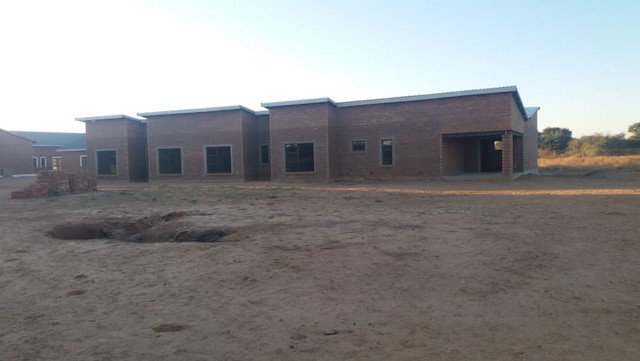 Construction at the Lottery-funded old age home in North West was abandoned. The Lottery had paid out R28.3-million of this project.

Rather than being direct beneficiaries, some of these companies were contracted as service providers by the NLC, or by non-profits that received Lottery funding. GroundUp understands that these indirect dealings are not covered in the original proclamation signed by President Cyril Ramaphosa in October 2020, which authorised the SIU to probe alleged corruption and maladministration involving the National Lotteries Commission (NLC). The original proclamation would need to be extended to include them.

Nevhutanda was appointed to the NLC board in 2009 during the presidency of Jacob Zuma. As former provincial chairperson of the ANC in Limpopo, Nevhutanda was one of the key fundraisers for the party’s 2009 election campaign in that province.

During his 11-year tenure as chairman of the NLC board, the politically-connected Nevhutanda ruled the NLC with an iron grip, tightly controlling the organisation’s messaging and contact with the government and the ANC.