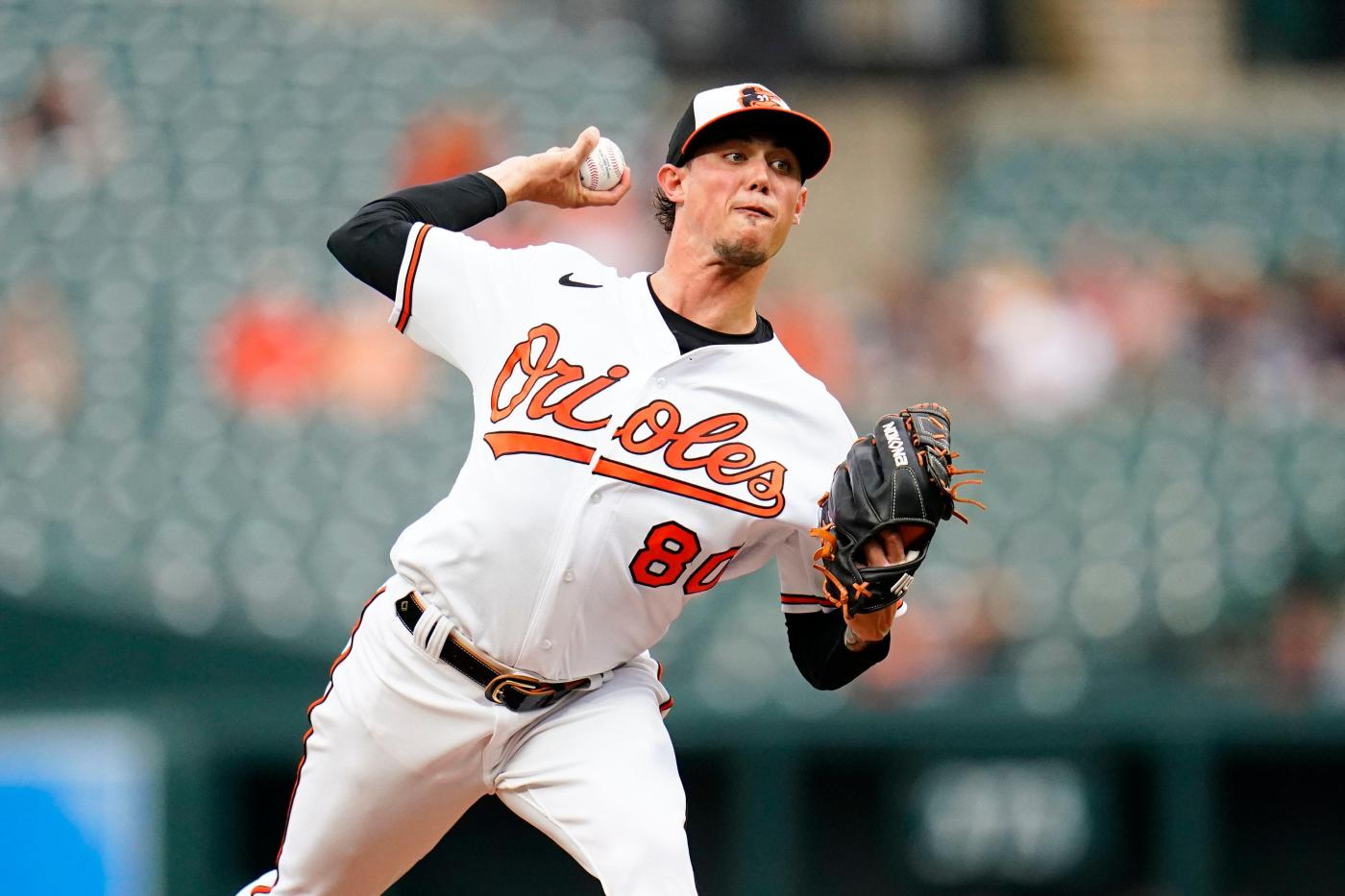 The signs were littered throughout the series — from the walk-off wins to the dominant pitching display in the finale. Another checklist item was marked off Wednesday night, however, when the Orioles closed out a 2-1 win against the Texas Rangers at Camden Yards.

It was Baltimore’s first sweep since toppling the Washington Nationals in three straight games in late July last season. And with the victory, the Orioles secured win 39 of their season 42 games earlier than in 2021, when win No. 39 came on the 125th game of the campaign.

“We’ve had plenty of losses the last couple years, but this year seems a little different,” first baseman Ryan Mountcastle said before the game. “The vibes in the clubhouse are a little more up, and we’re a lot more competitive, and that’s always fun.”

Between the slugfests required Monday and Tuesday to find wins in extra innings and the pitching duel required Wednesday, the Orioles bested another club hovering just under .500, bringing their record to 39-44 — within shouting distance of an American League wild-card slot, however unlikely obtaining one still remains.

It took an infield single and a throwing error in the second inning to complete the first sweep of the season, with outfielder Ryan McKenna forcing shortstop Corey Seager to misfire to first base. Adley Rutschman and Ramón Urías — who both walked and advanced into scoring position on a wild pitch from right-hander Glenn Otto — came home to score.

There was little offense beyond that. But with right-hander Jorge López earning his first save since his three disastrous outings and right-hander Spenser Watkins supplying a standout start, those two runs were enough.

In years past, perhaps a collapse would’ve occurred. Even this year, there have been plenty of miscues, such as the blown leads in the seventh, eighth and ninth innings of Tuesday night’s 10-9 walk-off win. But the Orioles have begun edging closer to competitive baseball, and the series sweep of the Rangers is just another example.

Since Watkins returned in late June from a stint with Triple-A Norfolk, the largest improvement manager Brandon Hyde has noticed is an ability to mix his pitches. The cutter at times became Watkins’ fallback option, and the issue with the cutter, as Hyde said, “if the cutter’s in a bad spot at a bad time, it’s usually right in the barrel.”

Watkins still relied mainly on his four-seam fastball and cutter Wednesday in his third outing since returning, but the placement of his curveball and slider helped keep hitters from sitting on his primary pitches. And besides the first-pitch curveball Watkins hung to center fielder Leody Taveras in the fifth inning that resulted in an RBI double down the right field line, those offspeed offerings helped Watkins navigate through a season-long 6 2/3 innings.

Across Watkins’ three most recent starts, he’s allowed a combined two earned runs in 17 2/3 innings. Wednesday was the highlight, as he gave up four hits on 84 pitches while striking out three and walking one. He threw first-pitch strikes to 17 of the 25 batters he faced.

And with a strong start from Watkins, the Orioles continued a stretch of impressive outings. Over the past 19 games, Baltimore’s starting pitchers have allowed one earned run or fewer 14 times. The group of pitchers might not be what was anticipated before the season began, with left-hander John Means out for the year and prospects Grayson Rodriguez and Kyle Bradish on the injured list.

But it’s working, at least for now, securing the Orioles a series sweep against the Rangers.

>> Left-hander DL Hall, the No. 4 prospect in Baltimore’s organization according to Baseball America, struck out a career-high 14 batters in his start for Triple-A Norfolk on Wednesday. Hall threw 98 pitches, his most this season, as he allowed one run on three hits against the Jacksonville Jumbo Shrimp.

>> The Orioles optioned left-hander Nick Vespi to Triple-A Norfolk and recalled right-hander Beau Sulser to bring a fresh arm into a bullpen that has dealt with several heavy lifts lately. In addition, Baltimore claimed left-hander Kirk McCarty off waivers from the Cleveland Guardians before optioning him to Triple-A, and the club designated right-hander Marcos Diplán for assignment.

>> Right-hander Kyle Bradish, who is on the 15-day injured list with shoulder inflammation, will throw a simulated game Thursday as he nears a return.

>> Mountcastle remained out of the starting lineup — although he was available off the bench — as he dealt with a sinus infection. Mountcastle said “the bat feels way heavier than it normally does, and the ball seems a little faster” when he’s at the plate. He hopes to return Thursday.