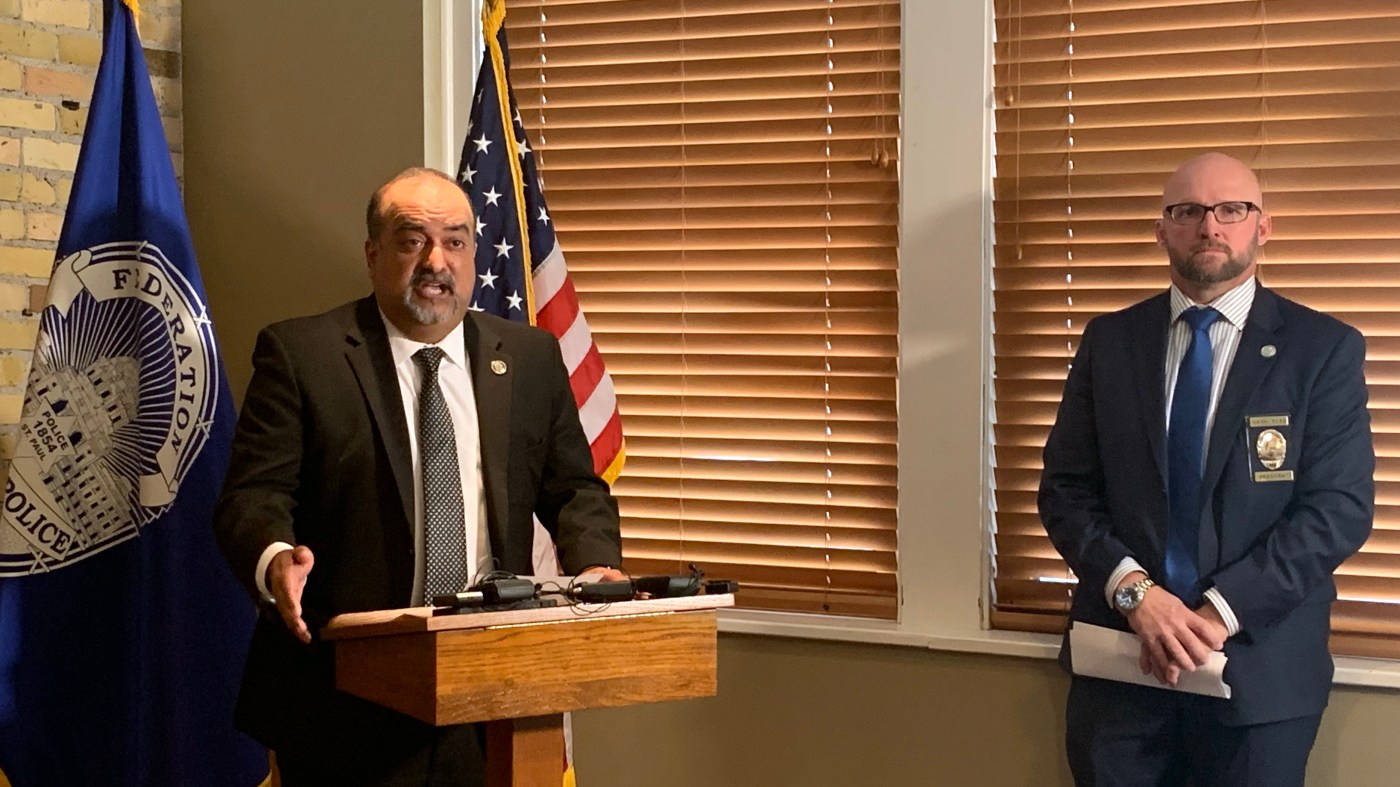 The St. Paul police union president said Friday that a sergeant protected himself and others in the community when he shot a man.

The St. Paul police department released some of Blanshan’s body camera footage Thursday, which the department says shows an exchange of gunfire between the sergeant and Johnson.

Police were looking for Johnson in Dayton’s Bluff on Monday after a woman called 911, reported a domestic assault and said Johnson had a gun. Blanshan radioed that he saw the man and that he had a gun. “He’s pointing it at a car he’s trying to carjack right now,” Blanshan said as he sped forward in his squad car.

Mark Ross, St. Paul Police Federation president, said at a Friday press conference that based on his viewing of the video, “Under these dangerous circumstances, Sgt. Blanshan’s actions were clearly reasonable and justified, both based on our training and the rule of law. … He engaged a man with a gun who was pointing it at innocent civilians, other police officers and then took fire himself.”

If Blanshan hadn’t acted quickly, “we could very well be mourning the death of an innocent community member, another police officer or more,” Ross said.

Imran Ali, consultant with the Minnesota Police and Peace Officers Association, is an attorney and former prosecutor in the Washington County attorney’s office. He said Friday that Blanshan prevented a violent felony and was “forced to make a split second decision” when he was shot at.

Communities United Against Police Brutality, Families Supporting Families Against Police Violence and other groups are planning a gathering Saturday to call for all video footage to be released. The videos released by the police department Thursday were excerpts from Blanshan’s body camera video and a dash camera from a squad car down the street.

“Join us in demanding the release of all UNEDITED footage related to the shooting, including but not limited to: squad cam videos, officer body cams, and commercial and residential building videos,” the organizations wrote on social media.

The Minnesota Bureau of Criminal Apprehension is investigating Monday’s incident. The BCA says Blanshan struck Johnson with his squad car, knocking him down. Johnson got back up and there was an exchange of gunfire between him and Blanshan, according to the BCA and the police department. The BCA has said they’re investigating who fired first.

The BCA found a .45-caliber pistol at the scene, along with three .45-caliber bullet casings. They also found 10 cartridge casings that were 9mm, which matches the department-issued handgun that Blanshan fired.