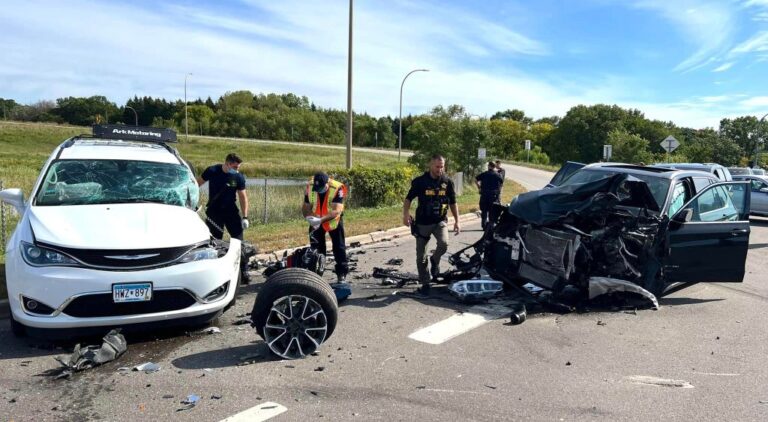 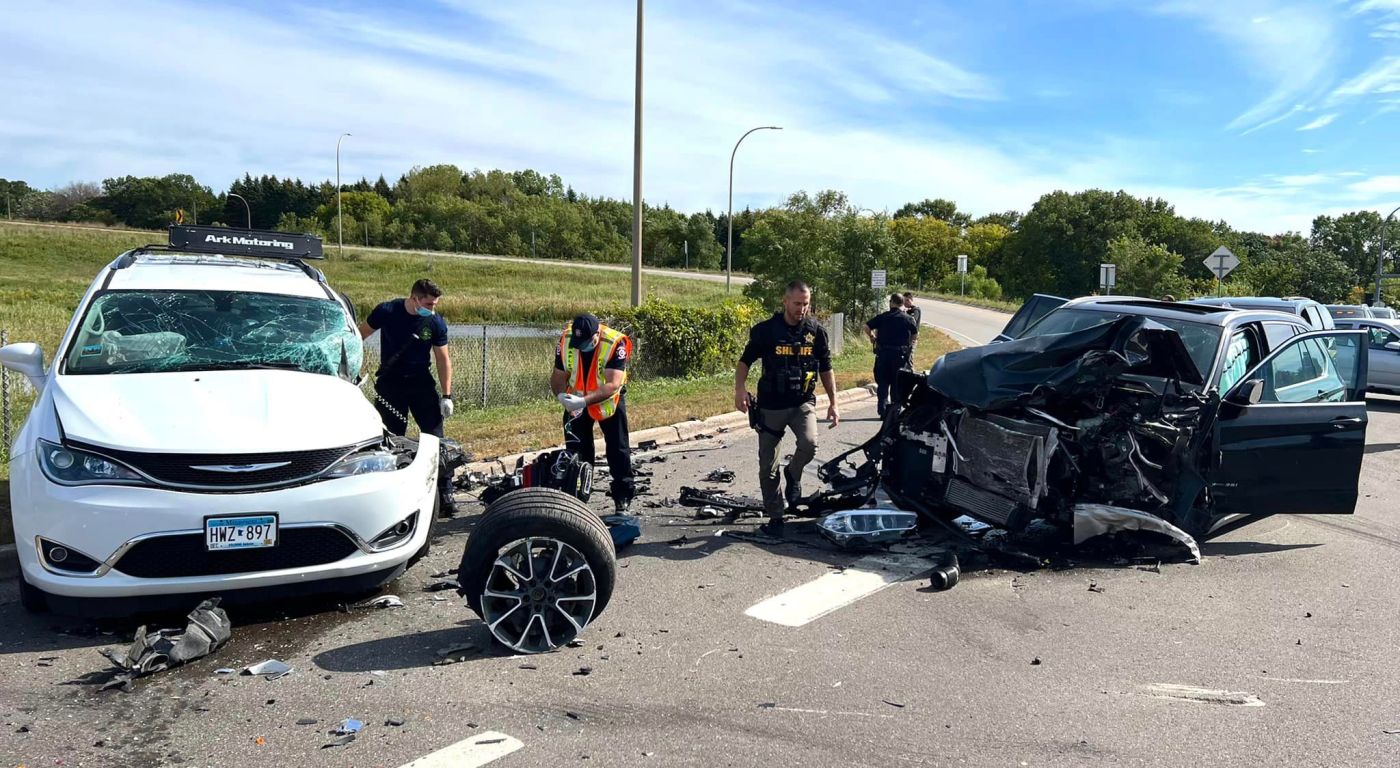 Drivers behind the wheels of two stolen vehicles, a BMW and Mercedes Benz, sped between Maple Grove and St. Paul Monday afternoon before one collided with another vehicle and injured the driver, according to the Ramsey County sheriff’s office.

Deputies arrested a 15-year-old suspected of driving the BMW and a 14-year-old passenger, and are looking for two others who ran from the Mercedes.

The incident began after a man in Plymouth reported Monday morning that his 2018 BMW was stolen overnight. A Ramsey County sheriff’s deputy saw the vehicle near East Seventh and Atlantic streets in St. Paul about 1 p.m. Monday. The driver sped away and the same vehicle was spotted driving recklessly in Maple Grove about 90 minutes later.

A Maple Grove officer tried to pull over the BMW and the driver fled again, this time joined by a stolen Mercedes. The two vehicles “careened in and out of traffic at high speeds on Interstate 94,” as Minnesota Department of Transportation camera operators shared information about their locations with law enforcement, said Steve Linders, a sheriff’s office spokesman.

The vehicles missed stop sticks that officers put on I-94 in St. Paul and the Ramsey County sheriff’s office Carjacking and Auto Theft team started pursuing them near I-94 and Lexington Parkway.

The Mercedes exited the highway at Ruth Street, and crashed near Third Street and White Bear Avenue. No injuries were reported. Two people ran from the stolen vehicle and hadn’t been found as of Tuesday morning.

Deputies were pursuing the BMW, but not the Mercedes at the time of the crashes, Linders said.

VIDEO + AUDIO: The driver of a stolen BMW crashed into another vehicle earlier this afternoon near I-94 & McKnight Rd., with two suspects bailing on foot.

The BMW continued on I-94 to McKnight Road, where the driver crashed into a vehicle driven by a 45-year-old woman. She was taken by ambulance to a hospital with non-life threatening injuries, according to Linders.

The 15-year-old arrested after allegedly driving the BMW has past arrests for motor vehicle thefts, assaults and robbery.