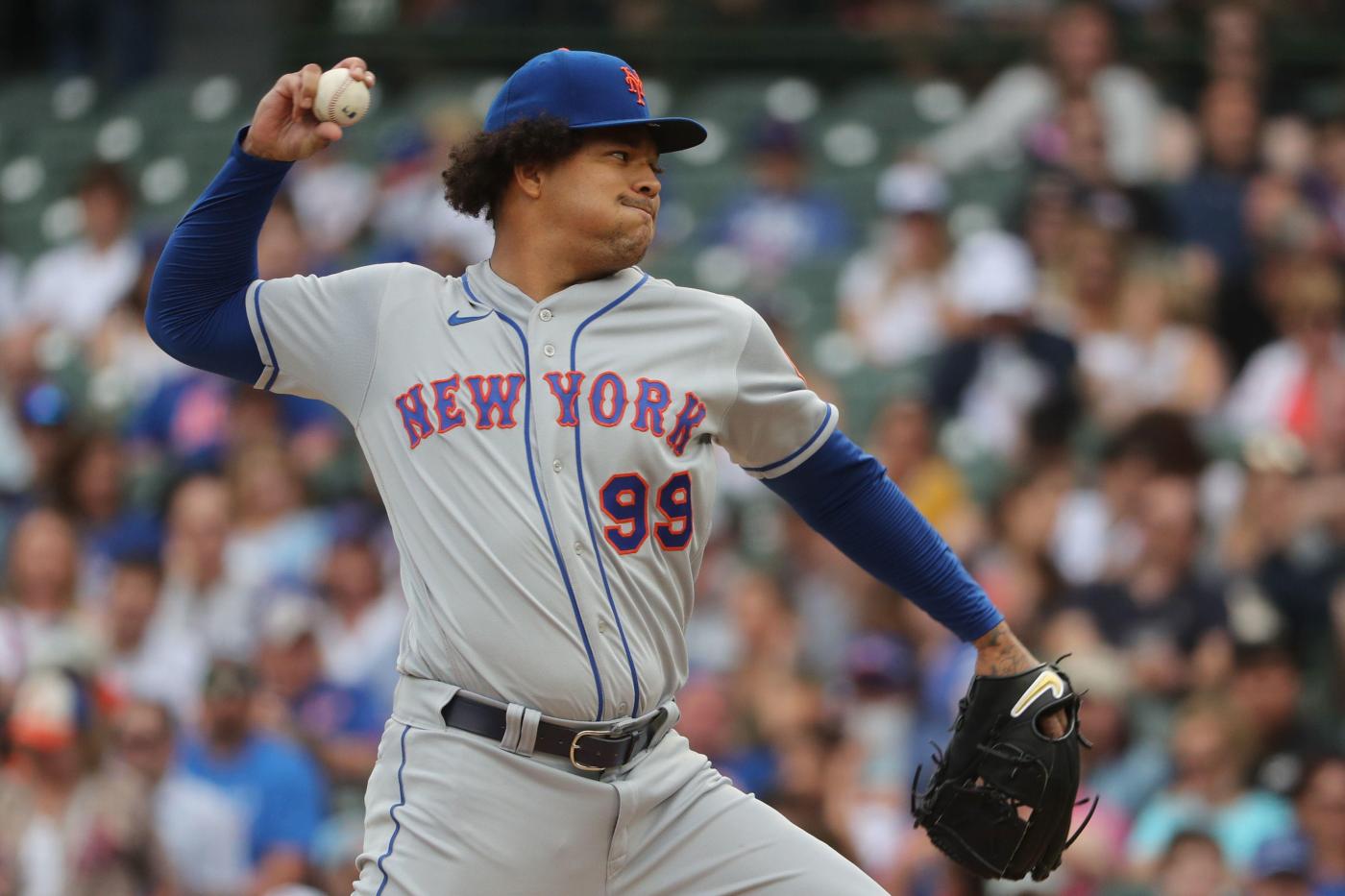 Forget about Jacob deGrom for a second.

He’ll pitch when he pitches, whether that’s in early August, well after the trade deadline, or some other faraway date that makes everyone even more queasy and skeptical.

The Mets have two games against the Yankees starting on Tuesday, and the man in line to start the first game has been exponentially more important to the Mets this year than his injured rotation mate.

Taijuan Walker, the Tuesday probable, has a 2.55 ERA, a tidy 1.09 WHIP, a nice 6.9% walk rate and is inducing a ground ball on 49.6% of the balls put in play against him. All of those numbers are the best of his career, and on a macro level are one of the many reasons why the Mets have been able to sustain themselves without deGrom.

Among National League starters with 90 innings under their belt, only reigning NL Cy Young winner Corbin Burnes, this year’s favorite Sandy Alcantara and Dodgers’ breakout sensation Tony Gonsolin have a lower ERA than Walker. His 2.3 Wins Above Replacement ranks 11th in the NL, and according to FanGraphs, Walker’s splitter is the best in the game. That pitch, by FanGraphs’ estimation, has been 14 runs above average, outpacing Gonsolin, AL All-Star Shane McClanahan and splitter warlocks Kevin Gausman and Yu Darvish.

Any way you slice it, Walker has been tremendously valuable to the Mets this season. For the second straight season, he was stupendous in the first half. Last season, though, his 2.66 first-half ERA became a 7.13 in the second half. To avoid that, Walker and the Mets had the right-hander get checked out before making his first start of the second half on Tuesday. Walker has had minor problems with both his right knee and right shoulder in the recent past, both of which were examined during his checkup.

“I’ve thrown a lot of innings, so I just wanted to make sure everything is going well,” Walker said in the clubhouse on Friday. “Everything looked good.”

Walker’s 250.2 innings over the past two seasons are the most he’s thrown in a two-year span since 2016 and 2017. With at least 10 more starts awaiting him in the season’s final months, the 29-year-old has a chance to greatly impact the pennant race.

Sporting a new hairdo — Walker showed up for the team’s series against San Diego with his puffy Afro twisted into braids — the game against the Yankees on Tuesday is his chance to start the second half on the right foot this year. The splitter should help, as he’s both trusting it way more than he did in 2021 and getting markedly better results on it. Last year, when he was throwing it just 14.1% of the time, Walker watched his splitter get rocked to the tune of a .255 batting average and .479 slugging percentage. Lefties hit it for power (four home runs, .500 slugging percentage) while righties had no problem hitting it for contact (.289 average).

Things have transformed this year, and it’s made a world of difference for Walker, who’s living up to his prospect hype from the early 2010s. Nobody has homered off his splitter this year, and it’s become his best strikeout pitch, accounting for 36 of his 73 punchouts. Along with Chris Bassitt and Carlos Carrasco, Walker has been gobbling innings like Pac-Man chasing after dots, but he’s also advancing to the next level of the game.

We’ll see what kind of adjustments he has in store for the second half of 2022. As the league gets more looks at his revamped split-finger, his slider could become the all-important third option. That’s a pitch that Walker didn’t throw at all until 2020, eight years into his MLB odyssey. Finding more changes and additions like that, which is a job that will also fall to pitching coach Jeremy Hefner, is the key to avoiding a second-half demise like he experienced last year.

As Walker embarks on that journey, his first stop is the Yankees, the only team that’s already scored 500 runs this season. He’s had varying success against their big names, holding Anthony Rizzo and Matt Carpenter hitless in 22 combined plate appearances, but DJ LeMahieu has seen him 30 times and spit out a .280 average, while Aaron Judge and Giancarlo Stanton are a combined 6-for-17 (.352) with three homers and six RBI.

It’s not hard to watch Walker and understand why he’s a good pitcher. When he’s good, his combination of mid-90s velocity and tight movement on his secondaries builds a chapel of strikeouts and grounders. When he’s bad, he allows 20 homers in 64.1 innings, the garish stat line from his second half in 2021.

The Mets cannot afford a repeat performance of that, and they’ll get a pretty good idea of what version of Walker they have when he battles the Yankees on Tuesday.