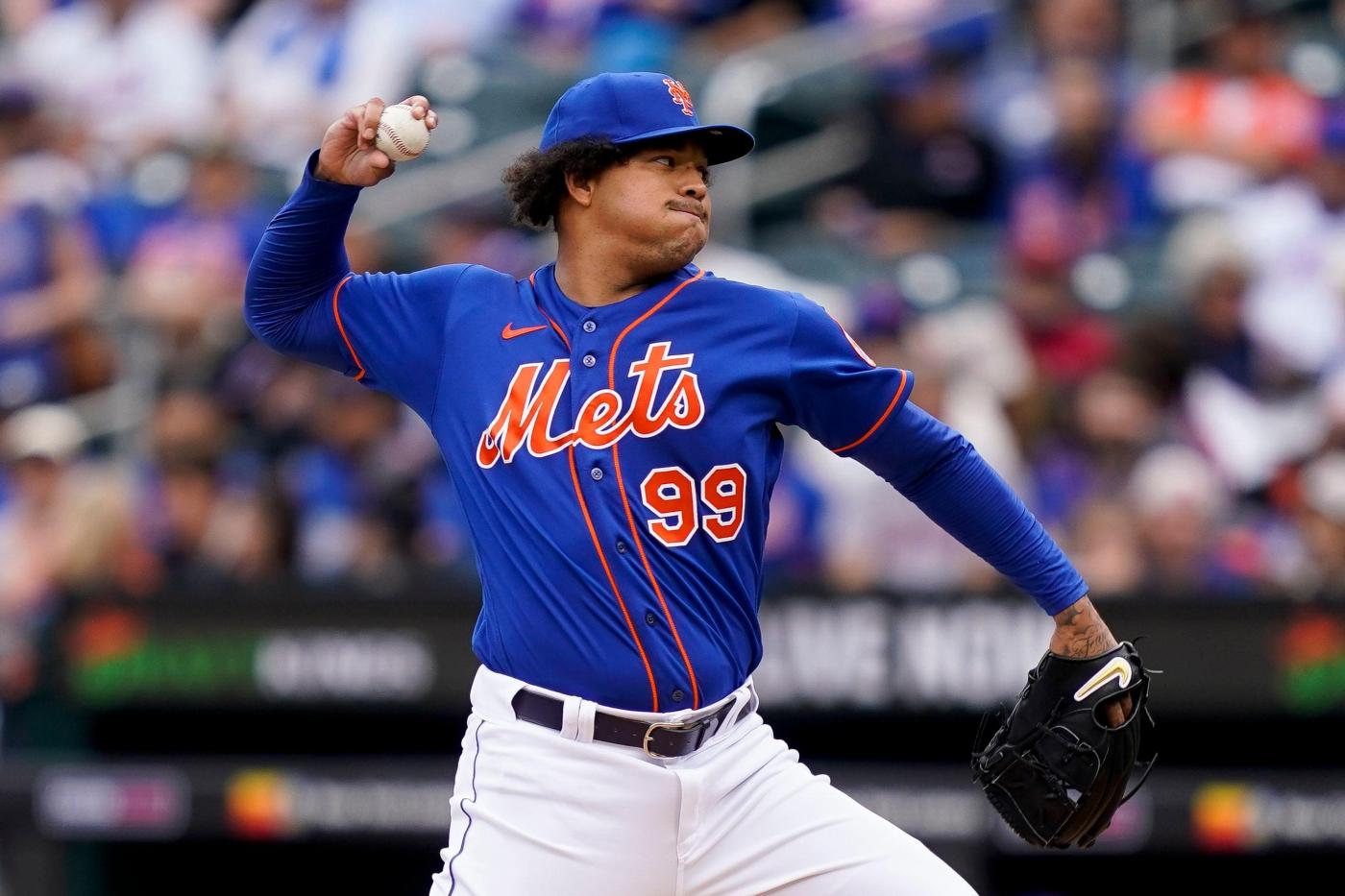 Taijuan Walker has never been better.

The right-hander retired 18 consecutive batters in the Mets’ 3-2 win over the Marlins on Saturday at Citi Field. After a first-inning infield single to leadoff hitter Jon Berti, no one reached base against Walker until the seventh inning. In the end, he gave up one run on two hits and recorded nine strikeouts while permitting one walk across 6.2 innings and 97 pitches.

Walker’s terrific outing lowered his season ERA to 2.88 and earned him his fifth win of the year.

It helped that Walker got 11 swings and five whiffs on his slider, which was his most-used and most effective pitch on Saturday. But the key for the righty’s recent success has been his pitch mix.

In 10 starts this season, Walker has used his splitter just over 30% of the time and has held opposing hitters to a .173 batting average in at-bats ending in that pitch. Though he relied more heavily on his slider to register nine punchouts against the Marlins, Walker’s splitter has given him 28 strikeouts this season.

Walker has allowed just two earned runs and amassed 19 strikeouts across his last two outings (12.2 innings), which came against the Angels and Marlins. On Saturday, Walker was excellent at getting ahead of opposing hitters. Of his 22 batters faced, he registered 16 first-pitch strikes.

The two-year, $20 million contract Walker signed with the Mets terminates at the end of the 2022 season, which will make the 29-year-old a free agent for the first time since the 2020 offseason.

Francisco Lindor homered in a second straight game with a two-run shot in the third inning. Impressively, Lindor’s dinger to left field sailed out of the park against the 22 mph winds that were blowing in from left-center field.

Edwin Diaz picked up his 14th save of the season, though he gave up his first earned run in eight outings before doing it. Before Saturday, Diaz had not allowed a run since May 24 in San Francisco.

It’s time to start brainstorming some ideas for the perfect Halloween costume, and believe us…