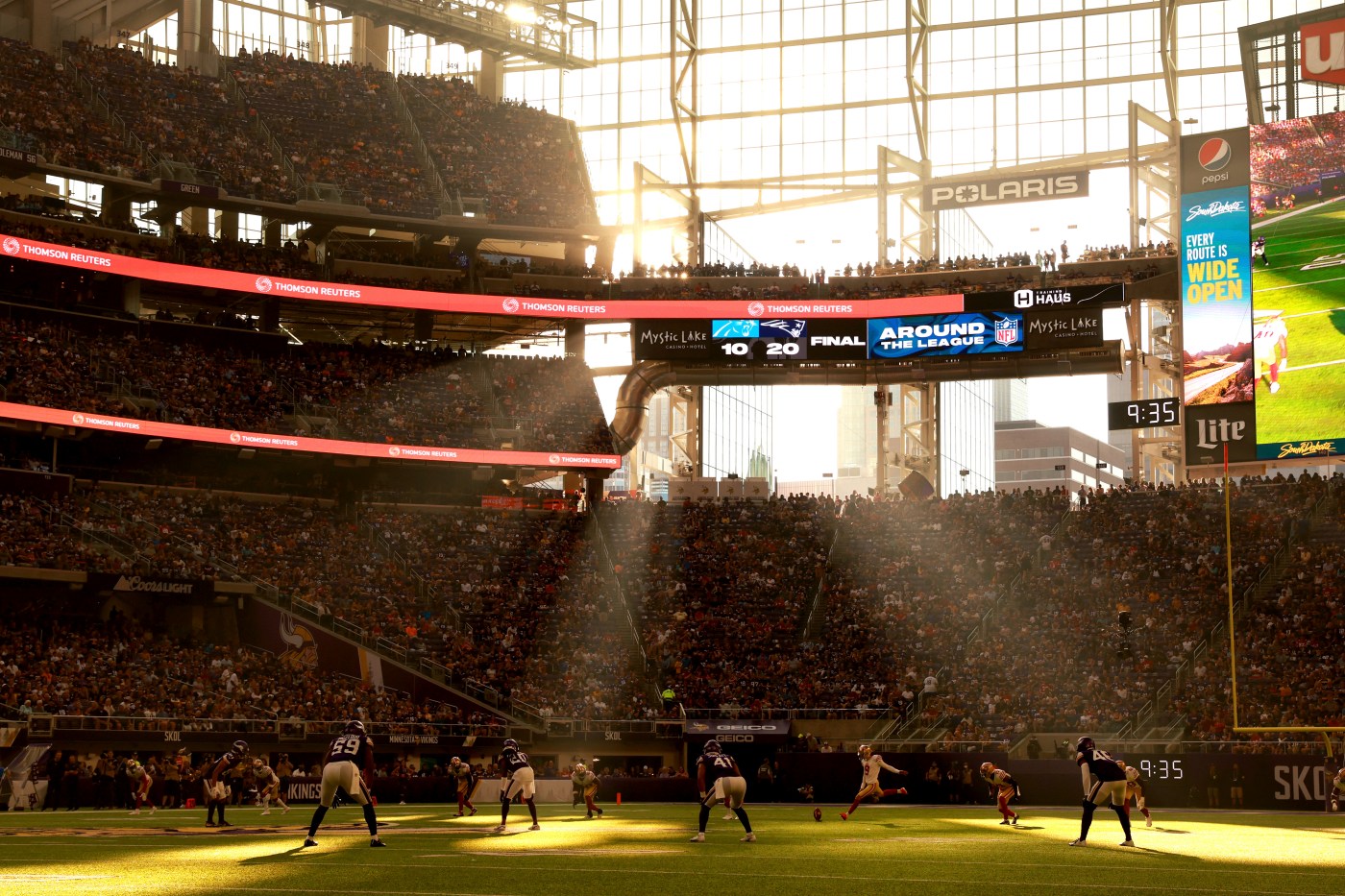 Though it’s difficult to glean too much from the preseason, listen to special-teams coordinator Matt Daniels speak and it’s pretty clear what he wants the Vikings to do with their kickoff coverage this season.

As arguably the most intense member of the Vikings’ coaching staff, Daniels already has developed a cult following of sorts thanks to his extremely detailed answers. He loves to talk football, and if he gets going on a certain topic, good luck getting him to stop.

Naturally, when a reporter asked him recently about his philosophy on kickoff coverage, Daniels launched into a soliloquy that served as a preview as to how the Vikings will approach the dying play this season.

In the wake of some rule changes, many teams have resorted to booting the ball through the end zone for a touchback. They do this to minimize the risk of injury as well as the risk of a kickoff being returned for a touchdown.

As for Daniels, he would much rather put the ball in play than gift the opponent the 25-yard line with a touchback.

There are a finite number of things that can happen on an actual kickoff return: A team can return it past the 25-yard line, get tackled inside the 25, get called for a penalty, and thus, likely start inside the 25, or fumble the ball.

“There’s a 75 percent chance the ball doesn’t get past the 25-yard line, so put that thing in play,” Daniels said while not-so-subtly making his case to head coach Kevin O’Connell. “There are a lot of factors that go into it. If we’re just talking black and white, though, I’d say we should put the ball in play.”

The biggest exception to the rule is an elite kickoff returner like former Vikings player Cordarelle Patterson.

As the Vikings know firsthand, Patterson is one of the best kickoff returners of the modern era. It doesn’t make much sense to let him touch the ball because anytime he does it could go for a touchdown.

“If we’ve got an elite kickoff returner back there, and we might not want to give that guy a touch, well then, we might want to consider putting it through the end zone,” Daniels said. “We’ve got to look at what the game situation is.”

Luckily for the Vikings, most of their opponents don’t have a returner like Patterson on the roster.

In fact, with the number of kickoff returns decreasing over the past decade, so too have the number of players who specialize in returning the ball. It used to be a position many teams invested in because of the potential rewards. Now they seem to just throw their fastest guy back there and hope for the best.

Because of that, it seems the Vikings will have kicker Greg Joseph try to pooch the ball short of the end zone in most situations, forcing their opponent to navigate a return. This has been on display throughout the preseason as the Vikings seemingly tried to avoid touchbacks against the Raiders and 49ers.

“What’s the fun in preparing, and spending all this time putting together good schematics, and watching the opponent if we’re going to just kick it out of the end zone every single time?” Daniels said. ” I can spend my time doing something else if that’s the case.”