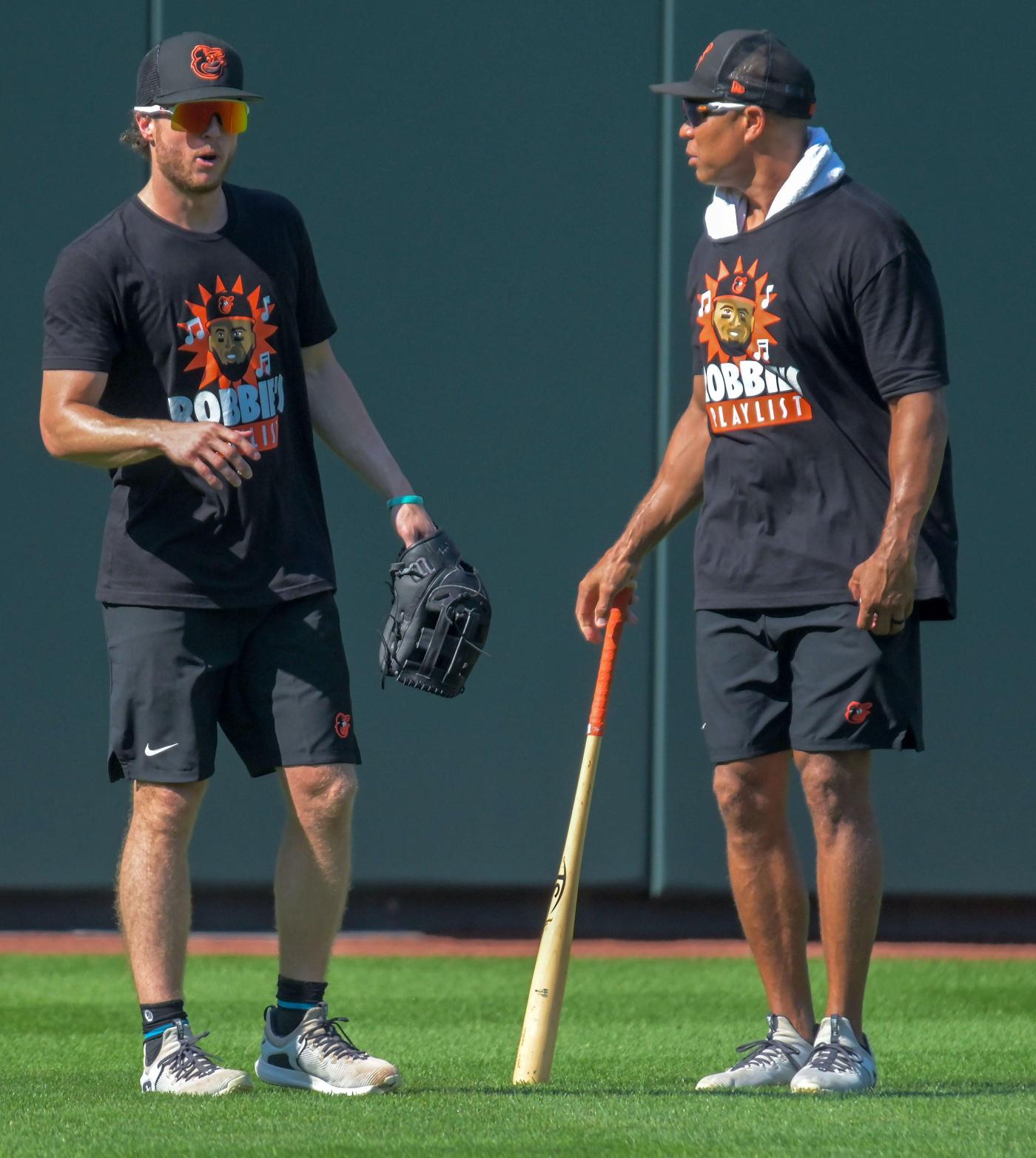 In the home dugout at Oriole Park at Camden Yards for the first time, outfielder Brett Phillips raved about the team he joined at the trade deadline. When he looked across the field as a member of the Tampa Bay Rays, the Orioles seemed like an energetic group. Now that he’s in Baltimore, the feeling is evident.

“I’ve recognized we have a group that’s hungry here,” Phillips said, “and a group that’s willing to get better and wants to win, regardless of circumstances in the past.”

Those circumstances were three 100-loss seasons in the past four years as the Orioles underwent a rebuild that began with a midseason sell-off in 2018. But that rebuild is beginning to bear fruit, with executive vice president and general manager Mike Elias saying Wednesday “it’s liftoff from here” despite trading two major pieces at the deadline.

About an hour before Phillips expressed that idea in the clubhouse Friday afternoon, several former Orioles enjoyed a luncheon inside the B&O Warehouse. And when they met with the media ahead of Saturday’s 30th anniversary of Camden Yards celebration, a few — such as Hall of Fame pitcher Mike Mussina — admitted they don’t watch much baseball.

Others, though, feel the club’s energy from afar. It reminds some of them of earlier times, when they stepped inside Camden Yards during playoff pushes and heard the roar of orange-clad fans. Perhaps those times aren’t far from becoming the norm once again.

“I’m really happy for the city,” said right-hander Ubaldo Jiménez, who played in Baltimore from 2014 and 2017 as part of the last Orioles team to make the playoffs. “They deserve to have a team they can cheer on and that they can expect to win. The young guys, they have a lot of energy. You can see that every night. They’re playing hard. They don’t really care they’re playing in one of the toughest divisions. They’re going out there and they’re winning.”

At this point, almost all of the Orioles alumni returning to Camden Yards this weekend don’t follow the day-to-day happenings of the team they once played for. Mussina, a 1990 first-round draft pick by Baltimore who made all five of his All-Star appearances with the Orioles, said he “saw a lot of games in 18 years,” so he has “other stuff going on.”

But they all noticed — no matter how far removed — that the Orioles entered Friday three games above .500 and two games out of the final wild-card spot. At his Southern California home, one of former Orioles infielder Jay Gibbons’ teenage sons frequently reminds him the Orioles are playing.

“Like, ‘Dad, they’re playing really well,’” Gibbons recalled. “I’m like, ‘Come on, now.’ And then sure enough, we have this young talent that’s starting to come together.”

Over Gibbons’ seven years playing in Baltimore between 2001 and 2007, the Orioles never made the playoffs. But he returned to Camden Yards in 2012 and experienced an October atmosphere.

“You could just see the passion of the fans,” Gibbons said, “and I kind of always thought, ‘Man, if we won, people would be like this every night.’”

Jiménez thought back to the crowd in 2014, when the Orioles swept the American League Division Series against the Detroit Tigers with Delmon Young’s pinch-hit, bases-clearing double punctuating a Game 2 victory.

“As a player, that’s the type of atmosphere that you dream of,” Jiménez said. “When we were winning, every time you got to the stadium you knew you were playing for something, and that you were going to have all the fans backing you up. It was an unbelievable experience. And hopefully they can experience that kind of atmosphere. These people deserve that.”

On the field Friday, inside a stadium that has hardly changed in the 30 years since it opened — apart from a deeper, taller left field wall that Jiménez said he wished was there when he pitched in Baltimore — the atmosphere felt alive, even with a rain delay approaching two hours.

For the first time since the rebuild began, Baltimore has a competitive team. And if the current players in the home clubhouse believe in the way forward from here, the former Orioles who laid the groundwork at Camden Yards are also on board.

“It’s going to happen again here,” Gibbons said. “It’s just a matter of time. And when it does, I think the city will embrace it.”