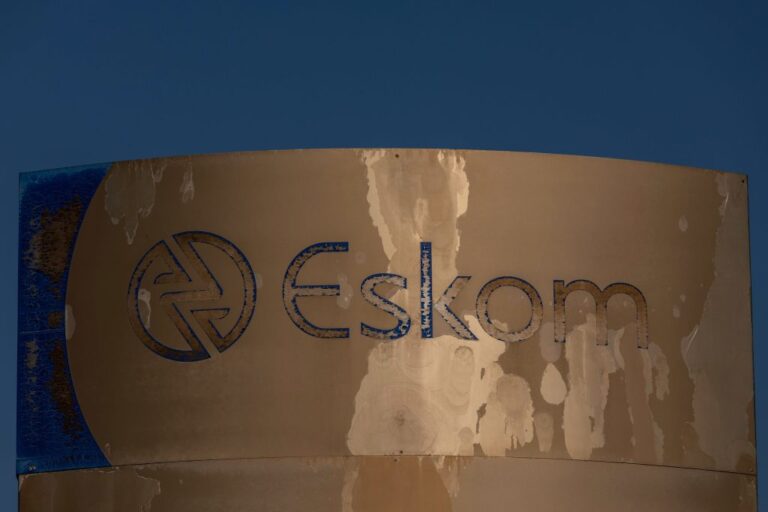 In late June, the coldest part of the Southern Hemisphere winter, the power went out in South Africa. For as many as eight hours a day, right into early July, traffic lights went dark, factories and offices shut down, and meals had to be served cold.

These weren’t the first power outages, but they were the worst yet. Intermittent supply cuts over the past 14 years had already sapped business confidence and limited private investment in South Africa. In 2017, when he was leading Goldman Sachs Group Inc.’s business in sub-Saharan Africa, Colin Coleman described the struggles of state power company Eskom as the biggest threat to the South African economy.

The power cuts this winter finally spurred the country’s government to take action. The National Treasury has pledged to absorb part of the utility’s R413 billion of debt. President Cyril Ramaphosa has changed regulations to allow private companies to generate more power—a plan that, while welcomed by business, will take years to have an impact.

Fixing South Africa’s broken utility and its rickety power system is proving a crucial test for the ruling African National Congress party ahead of elections in 2024. ANC Chairman Gwede Mantashe has described Eskom as the party’s “biggest opposition.”

Eskom is “a litmus test of the ANC’s ability to deliver basic services,” says Shridaran Pillay, Africa director for Eurasia Group. “You can’t grow an economy without power and without being able to spend on infrastructure.”

Founded in 1923, Eskom rapidly built hydro and coal-fired power plants, spurred by the needs of a gold mining industry that was the world’s largest. In the 1970s the company began building a fleet of coal-fired plants that operate to this day. The apartheid state invested in infrastructure and industrial capacity as a bulwark against international sanctions. Eskom even built Africa’s only nuclear power plant.

In the early ’80s the company ran into financial trouble after committing to build plants that weren’t needed. The government appointed a commission to reorganise Eskom’s management. After the country’s apartheid regime fell in 1994, the company rapidly rolled out electrical connections to millions of Black South Africans. In 2001 the Financial Times named Eskom the world’s best power company.

But in the next two decades, Eskom’s fortunes suffered from erratic government decision-making and political interference. Around 2001, then-President Thabo Mbeki decided that power plants would be built by private investors and called a halt to Eskom’s expansion plans. A few years later he reversed that decision, but by then the company had lost many of its skilled technicians.

A lack of generating capacity led to regular power supply disruptions that started in 2008. A near collapse of the national grid closed gold and platinum mines for five days in January of that year, and in July the government appointed Bobby Godsell, the former chief executive officer of a gold mining company, as chairman to help stabilise Eskom.

“When I exited in November 2009, the debt was dramatically less,” remembers Godsell. “For a long time, Eskom bonds had achieved a lower risk [premium] than sovereign bonds.”

But the company’s financial situation has deteriorated dramatically. Today those bonds have a risk premium of about 4 percentage points above government bonds.

After Godsell left, Eskom accelerated the building of Kusile and Medupi, two of the world’s biggest coal-fired power plants. They were initially supposed to be completed in 2014. Instead, both projects have run years behind schedule, and their estimated total cost of R464 billion is almost triple their initial budget.

To help fund the building program, South Africa lifted the amount of total outstanding Eskom debt it would guarantee to R350 billion in October 2010, from R176 billion a year earlier. In the decade to the end of Eskom’s fiscal year in March 2022, the utility boosted the amount of money it had borrowed that was guaranteed by the government by 324%, to R328 billion.

The projects were mired in allegations of corruption, which in some cases boosted costs. Hitachi paid $19 million to settle US Securities and Exchange Commission charges that it made “improper payments” of $6 million to Chancellor House, the investment arm of the ANC, with whom Hitachi had formed a partnership to win contracts to install boilers at the plants. In a separate agreement with South African investigative authorities, ABB agreed to return R1.56 billion it was paid for control and instrumentation work on the plants. ABB’s contracts were among a number Eskom reached with international and local companies, the terms of which were repeatedly modified. In some cases the new terms cost Eskom a multiple of the original amount. Neither Hitachi nor ABB admitted wrongdoing.

Government policies that sought to boost the participation of Black South Africans in the economy, designed to address the inequities of apartheid, led Eskom to favor contractors and suppliers that were less experienced and often less efficient.

Local companies were hired to maintain Eskom’s plants instead of the equipment manufacturers that had helped build them. Coal supply contracts once held by mining giants such as Anglo American Plc and Glencore Plc, which often moved coal to the power plants on giant conveyor belts from adjacent pits, were granted to smaller companies that trucked it, at a higher cost, from small mines.

These mining companies were often paid higher prices for their coal, says Lumkile Mondi, a senior economics lecturer at Johannesburg’s University of the Witwatersrand who’s written extensively about Eskom.

Local companies “got access, and in the process they were treated differently by Eskom under political pressure,” Mondi says. “You got the beginning of Eskom’s balance sheet being eroded.”

Some of those arrangements led to alleged corruption.

In 2015, Eskom and then-Mineral Resources Minister Mosebenzi Zwane allegedly pressured Glencore to sell mines supplying the utility to a company owned by the Gupta family, who were friends with former President Jacob Zuma. Zuma’s son Duduzane had a stake in the company. Two of the three Gupta brothers were arrested in Dubai this year and are awaiting extradition proceedings on separate corruption charges. Ramaphosa’s administration has said at least R500 billion was looted during Zuma’s nine-year rule. Zuma and the Guptas have denied wrongdoing.

Meanwhile, municipalities have fallen behind on paying R49 billion in power bills as of the end of July. The national ­government has done little to encourage them to pay even after Eskom threatened to disconnect the capital, Pretoria, in August.

The utility, in a response to questions about the crisis it faces, blamed the national regulator. The company says it’s not allowed to charge adequate power prices to meet its costs and finance new plant construction, forcing it to take on debt. The regulator counters that Eskom’s revenue climbed 320% over a decade, even as its electricity sales declined. Pravin Gordhan, who oversees Eskom as minister of public enterprises, blames the crisis on corruption and management instability. Eskom, whose CEOs are appointed by the utility’s board in consultation with the government, has had 14 leaders since 2007.

Eskom’s desire to raise prices, known as tariffs, has little support. “To pass that inefficiency onto the broader economy through increasingly higher tariffs as the only lever is wrong,” says Olga Constantatos, head of credit at Cape Town-based Futuregrowth Asset Management, a R193 billion money manager that holds Eskom bonds.

ANC Chairman Mantashe, who’s also South Africa’s energy minister, has been particularly critical of the company’s explanations. “Let Eskom blame everybody and anybody,” Mantashe says. “Let them hide behind everybody.” He has suggested starting a second state-owned power company to rival Eskom.

Ramaphosa has promised to fix Eskom in every State of the Nation Address he’s given since taking power in 2018. A number of plans have been floated, but little has happened.

The Public Investment Corp., which manages pensions for South African government workers, proposed converting its Eskom bonds, worth about R90 billion, into an equity stake in the company. The government considered listing Eskom on the stock exchange or moving a portion of its debt into a special-purpose vehicle. Deputy Finance Minister David Masondo suggested that some of the debt might be forgiven, and Finance Minister Enoch Godongwana advocated selling the company’s coal-fired power plants.

All of those proposals, which could have caused some of Eskom’s creditors to be treated worse than others, raised concerns with credit rating companies. The companies told the government that if the plans were implemented, Eskom could be classified as in default, according to people familiar with the situation who aren’t authorised to talk to the media. Moody’s Investors Service rates the company’s long-term debt Caa1, hovering just above default. By contrast, South African government debt is rated Ba2, two notches below investment grade, and the outlook was changed to stable from negative in April.

The string of proposals “was madness that was allowed to fester. It would also have led to default,” says Peter Attard Montalto, head of capital markets research at Johannesburg-based Intellidex. “The thing is a mess. There is no simple answer.”

But inaction has also had consequences.

“It clearly has had a bearing on South Africa’s credit rating,” says Razia Khan, chief economist for Africa and the Middle East at Standard Chartered Bank. “It has come at enormous cost to the South African economy, the investment forgone, the employment that could have been created.”

In July, Duncan Pieterse, head of assets and liability management at the National Treasury, said “the broad brushstrokes” of a debt transfer to government will be announced in the October budget update.

In the end, only one option appears feasible: that the government absorb the debt that its decisions engendered.

“Resolving the unsustainable debt problem has been spoken about for a few years now with very little forward momentum and action,” Constantatos says. “As much as some decisions may be hard and have consequences, in not making a decision there are consequences to that as well.”