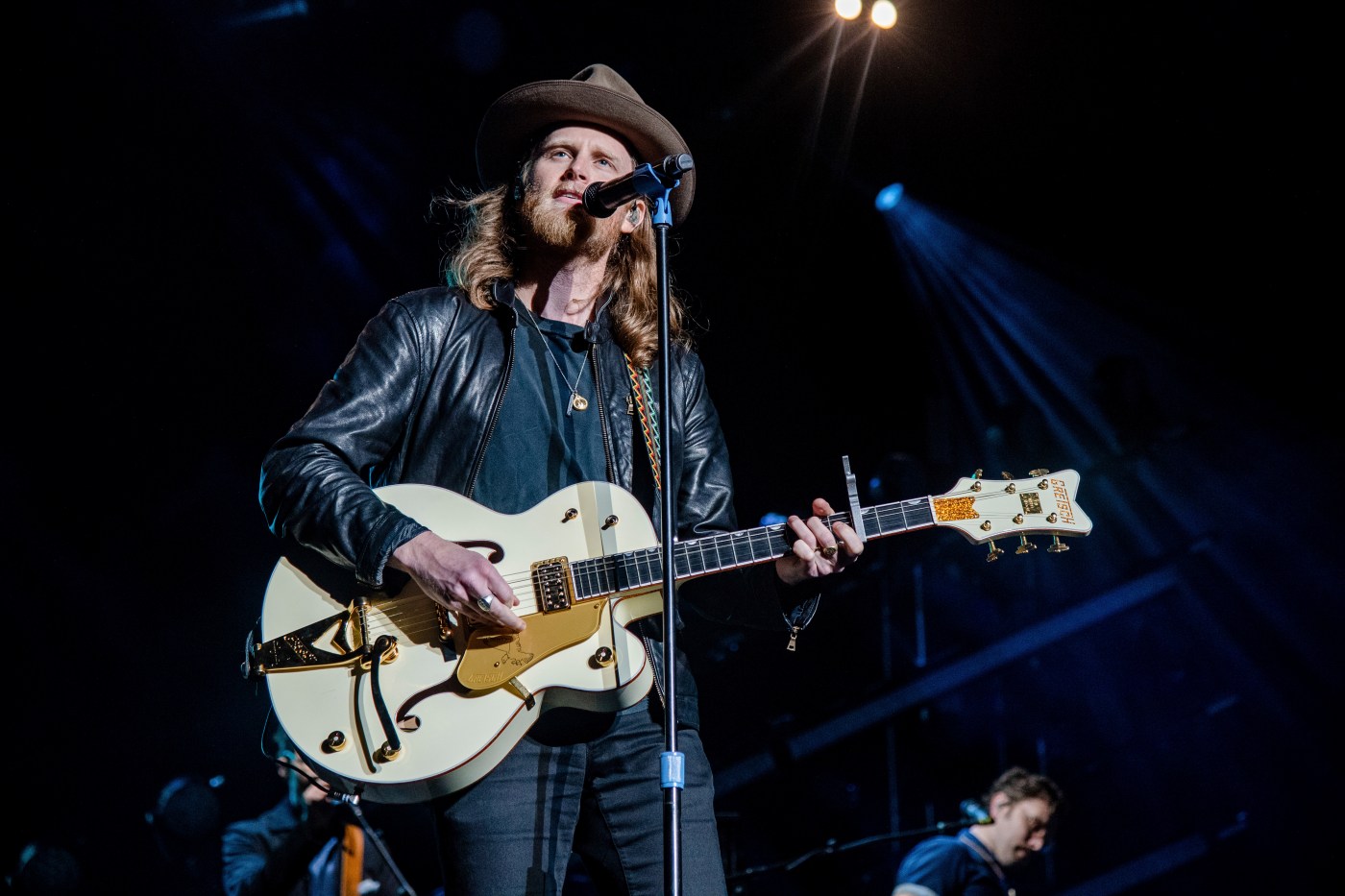 Early on during the Lumineers concert Friday night at St. Paul’s Xcel Energy Center, lead singer Wesley Schultz thanked the crowd for being there, as many of them bought their tickets more than 1,000 days ago.

After doing a double take and then a double check, I can confirm he was correct. It was 1,050 days in fact. Friday’s show went on sale in September 2019 and was originally scheduled for the mid-March 2020 week when everything shut down.

So was it worth the wait? For the 13,000 or so folks in attendance, it sure seemed like it. In the time since they were last in town, headlining Target Center in 2017, I had forgotten just how much some people like this band, who specialize in polished, overly earnest Americana-ish anthems that sound like they were written for ads that end with a voiceover that says “Ask your doctor if Otezla is right for you.”

The Lumineers emerged a decade ago from the open mic scene in Denver, because of course they did. They struck gold with their debut single “Ho Hey,” an irritating novelty song that seemed destined to cement the Lumineers’ status as a one-hit wonder. Instead, they have gone on to release four albums, amass a sizable following and score the occasional Top 10 hit.

As they did in 2017, the band dropped “Ho Hey” a mere three songs into the set and the crowd sang along with every last “ho” and “hey.” But it didn’t stop there, as the audience showered love on the hits, the album cuts and the overly dramatic cover of Tom Petty’s “Walls.” I guess there isn’t such a thing as a casual Lumineers fan. I can only hope Schultz never chooses to weaponize his following.

Schultz does seem to have dialed back — at least a bit — his blatant borrowing of Bob Dylan’s vocal style and manner of delivery. But, man, Dylan should be able to sue for some of the Lumineers’ songs like “Big Parade” and “Leader of the Landslide,” which the band used to close the set in an ill-conceived medley with the Rolling Stones classic “You Can’t Always Get What You Want.”

Also, the Lumineers just have pretty much two types of songs. There are the ones that are anthems from the start and just get faster and shouty-er by the end. And then there are the quiet, slow ones that start out with just Schultz and his multi-instrumentalist bandmate Jeremiah Fraites and then build up to a full-blown barn burner designed to illicit cheers.

That said, Schultz and Fraites have assembled a crackerjack touring band that includes longtime associate Stelth Ulvang on everything from piano to accordion. And it was a pleasant surprise that the oft-upbeat songs from their latest album, recorded during the pandemic, aren’t mired in the lockdown blues.