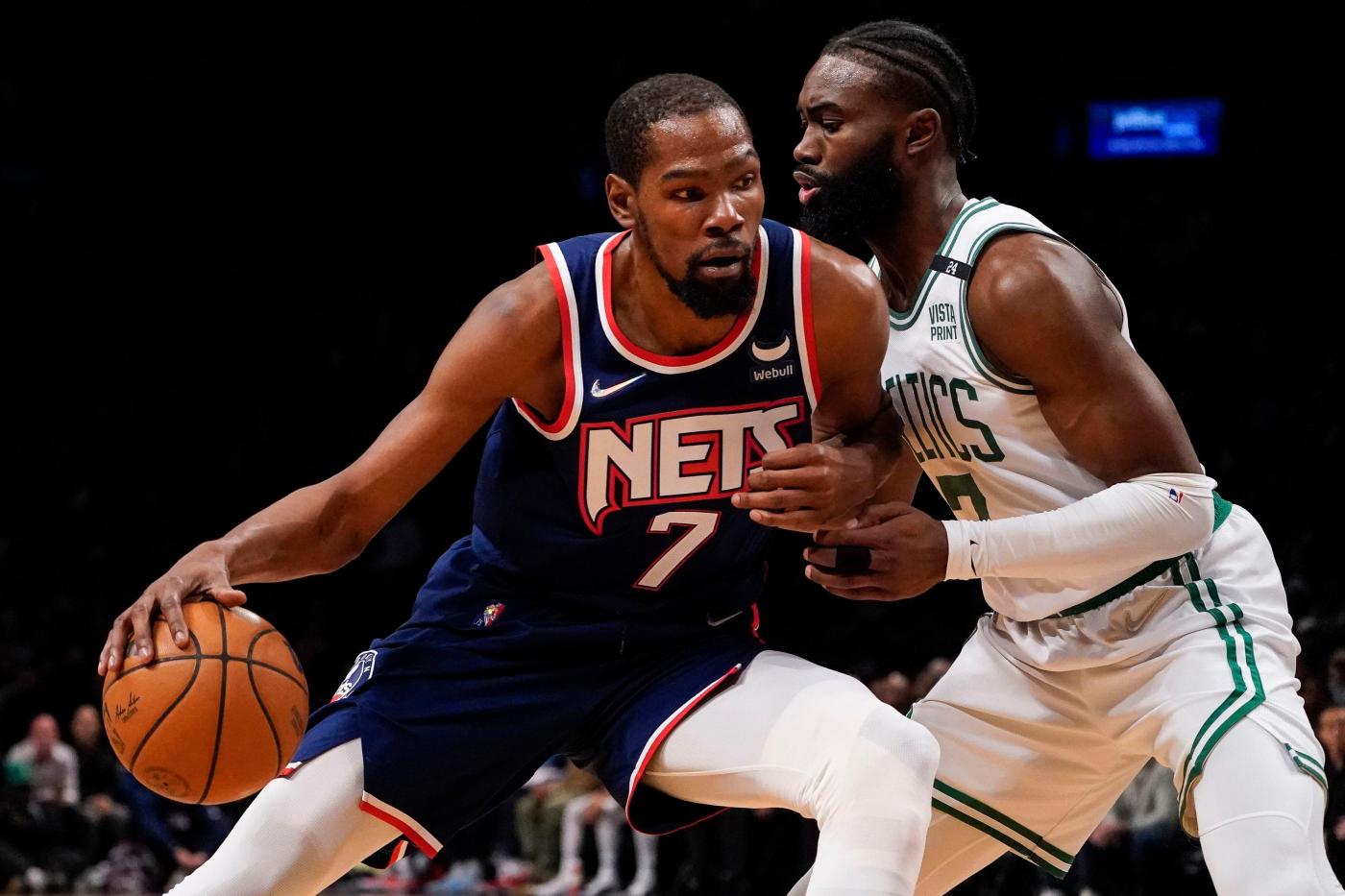 The storm intensified, then it passed, and the Nets remain championship contenders.

Kevin Durant’s trade request went unfulfilled, and – at least for now – he remains in Brooklyn. Durant stands alongside a motivated Kyrie Irving (in a contract year) and what projects to be a healthy Ben Simmons, also motivated by an abundance of slander he’s received as an All-Star who doesn’t look to score first.

The three stars return to an improved Nets roster, but is Brooklyn’s roster complete? This is what general manager Sean Marks has done so far:

Marks traded a first-round pick and a trade exception to the Utah Jazz for 3-and-D wing Royce O’Neale. O’Neale projects to be a perfect fit as someone who excels in a supporting role alongside star players.

Scorer TJ Warren signed a veteran’s minimum contract with the Nets this summer. Warren has dealt with foot injuries each of the past two seasons, but now he’s healthy, and his presence on the roster provides a player who can immediately provide scoring relief in minutes (and possibly games) Durant is off the floor.

Marks took a chance on Edmond Sumner, an athletic combo guard who has also recently recovered from an Achilles injury. Sumner’s contract is only partially guaranteed for $250,000, according to HoopsHype, giving the Nets flexibility in case it’s not the right fit.

The Nets also gave two-year extensions to both Patty Mills and Nic Claxton. He chose not to offer Bruce Brown a contract, which angered some fans on social media given Brown’s status as both a fan favorite and a productive player. However, the thought process there was likely that a healthy Simmons does most of the things Brown was good at, only better, except for the three-point shooting.

Most recently, Marks added toughness to the roster with the recent news that Markieff Morris has agreed to a one-year deal.

So what’s left? Brooklyn’s roster is clearly better than the one the Celtics swept out of the first round. Marks added size, grit, and depth, not to mention he didn’t trade Durant for the terrible offers on the table when the superstar forward requested out.

There are two areas the Nets can address to complete this roster.

DEPTH AT THE CENTER SPOT

Nic Claxton has played 94 of 226 possible regular season games in his first three NBA seasons. The last time he was on the court, he missed 10 straight free throws and only registered six rebounds against a physical Boston Celtics team.

Yet with the roster as currently constructed – and under the assumption that Ben Simmons won’t start at the five, but only play the five in limited small ball spurts – it’s Claxton who projects to start at center. Veteran forward Markieff Morris and second-year big man Day’Ron Sharpe figure to be additional backup options.

Claxton is an effective player, as evidenced by the two-year, $20M extension he signed in Brooklyn. He is a lob finisher and a rim protector who is versatile enough to defend all five positions on the floor. If he’s been working on his free throw shooting as recent reports indicate, that should be less of an Achilles heel when the pressure of the playoffs is on his shoulders.

But against teams like the Milwaukee Bucks, Philadelphia 76ers, Boston Celtics, and Miami Heat – the teams that will stand in way of getting to the NBA Finals – the Nets are going to need a big man that can not only stand his ground against bruisers but also crash the boards: an area the Nets struggled mightily last season.

That can occur via trade if the Nets are willing to part ways with the assets needed to pry Myles Turner from the Indiana Pacers. DeMarcus Cousins, Dwight Howard, Tristan Thompson, and Hassan Whiteside are also available as veteran free agents.

If you don’t count Irving as a point guard (he’s a scoring guard), and if the Nets plan to use Simmons all over the floor, that means there isn’t a single player on Brooklyn’s roster who constitutes as a true point guard.

Patty Mills has proven more of a scoring, oftentimes catch-and-shoot guard. He struggled with ball-handling and offense-initiating duties last season in games Irving and/or James Harden were unavailable to play.

That’s why the team signed Goran Dragic last season, who thrived in his role (when healthy). Dragic, however, proceeded to admonish the Nets for their focus on individual performances over team success via a Slovenian newspaper before signing with the Chicago Bulls this offseason.

Seth Curry can handle the ball and make plays out of the pick-and-roll, but he’s not a true floor general. Curry is an elite, but under-sized floor spacer who has more to his game than catch-and-shoot threes. Cam Thomas also isn’t a point guard. It’s unclear where his minutes will come from given how many guards are ahead of him on the depth chart.

Even though this is the positionless era of basketball, at least one true point guard on the roster is a must. From a scoring perspective, Dennis Schroder is the best available player at his position, but it’s unclear where his relationship is with Irving after the two were both ejected from a game in April 2021.

Rajon Rondo might have been the perfect fit in Brooklyn had he not become radioactive after allegedly pointing a gun at and threatening to kill the mother of his children. The case was dismissed after he and the woman “reached an agreement,” according to TMZ. However, it may be some time before a team is comfortable signing him to a deal.

That leaves Eric Bledsoe, Elfrid Payton, and Durant’s former Texas Longhorn teammate DJ Augustin as backup point guard options available on the free agent market. Any one of them could sign for the minimum in Brooklyn.

Nevertheless, the Nets have improved their roster from last season. They have more size on the wings – an area the Celtics showed them they needed in the playoffs – and more depth across the board. They also enter the offseason fully healthy and fully available with no vaccine mandate restricting Irving from playing home games.

Addressing the center and point guard positions will make this roster complete.

The NBA announced unvaccinated players must continue to submit weekly COVID-19 testing this upcoming season. Irving is believed to be the only unvaccinated player on Brooklyn’s roster. He refused to take the vaccine last season, did not make his season debut until Game 36, and did not become eligible to play in home games until New York City created an exemption for pro athletes in the vaccine mandate. Irving’s first home game was Game 75.

Canada’s travel restrictions remain in place, rendering Irving – and all other unvaccinated NBA players – ineligible to play road games against the Toronto Raptors. The Nets play at Toronto twice this season: Nov. 23 and Dec. 6.

The roster of former Giants on TV is stronger than ever. Eli Manning is only…