The origins of the Gophers’ run-pass option, and its successful return in Week 1 – Twin Cities 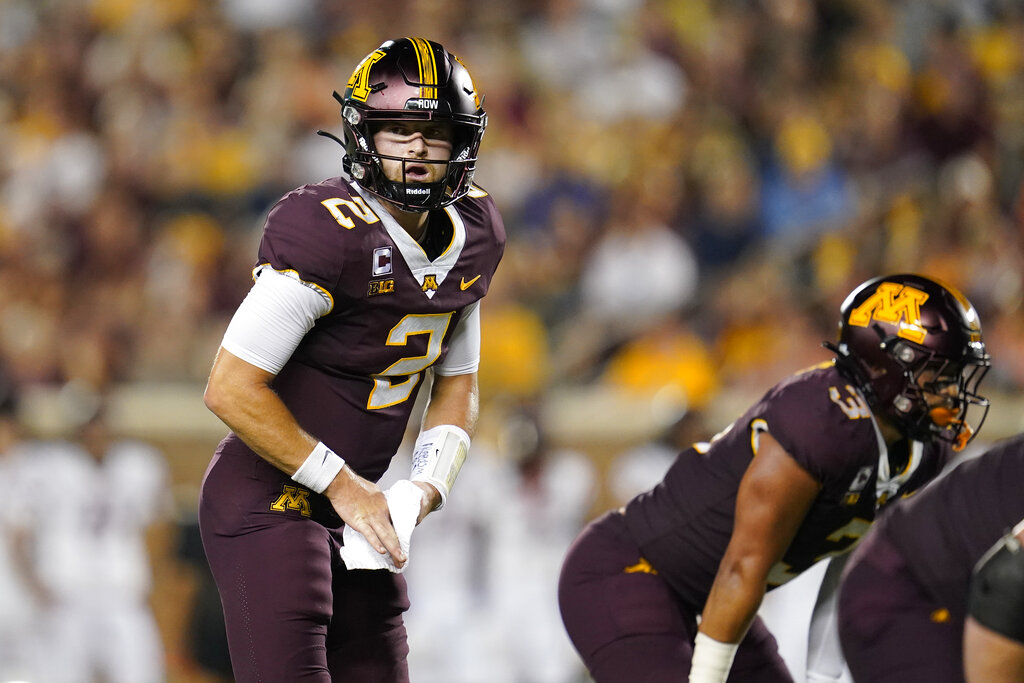 The RPO became a staple of Minnesota’s offense during his first tenure from 2017-19 and was dialed up at the start of the opening drive of the 38-0 victory over New Mexico State on Sept. 1.

Quarterback Tanner Morgan gave a handoff action with running back Mo Ibrahim as he assessed the Aggies defensive alignment and saw the slant pass option open. He zipped a pass to Chris Autman-Bell for a 15-yard gain.

It was smooth as warm butter spread on bread; one of the U’s bread-and-butter plays executed as if it was 2019.

Given how run-heavy the Gophers were under former coordinator Mike Sanford Jr. the past two seasons and how much Ciarrocca exploited opposing defenses with that scheme three and four years ago, the RPO call and it’s execution, again, felt preordained.

Next up for the Gophers (1-0) is Western Illinois (0-1) at 11 a.m. Saturday at Huntington Bank Stadium. The following week, Sanford returns to Minnesota as the Colorado Buffaloes’ offensive coordinator.

Ciarrocca recalled this week how the slant variation to the RPO was incorporated midway through his first tenure in 2018. Receiver Tyler Johnson had been moved primarily from wide spots in formations to the slot during nonconference play, and Ciarrocca was devising ways to get one of his best playmakers the ball.

“I said, ‘This looks like it would work, let’s try it,’ ” Ciarrocca said. “(The opponent) played a lot of one (safety) high, and it worked that week.”

In Week 3 against Miami (Ohio), Johnson had 54 snaps in the slot and caught nine passes for 133 yards and a career-high-tying three touchdowns. Two TDs came off slant routes on RPOs; one on a pass from Zack Annexstand and one from Seth Green.

Ciarrocca then recalled an exchange once the Gophers were in Big Ten play a few weeks later. “Somebody kept saying during the week, ‘Well, it sure would be nice to attack the middle of the field vs. this defense,’ ” Ciarrocca reflected. “I was like, ‘Yeah, you’re right, but how?’ It just stayed in my head.

“I still remember it, it was Friday in the walk-through and I said, ‘This is what we are going to do.’ It worked, so we just stayed with it.”

Ciarrocca left out who the opponent was — perhaps to not fully tip off that playbook wrinkle and use it later on in his second stint.

After running the U’s high-performance offense in 2019, Ciarrocca was Penn State’s OC in 2020 and then an analyst at West Virginia in 2021, and he said in fall camp that defenses have adjusted to how they defend RPOs in the past few years. That, in turn, has forced him to adjust to the adjustments.

“Kirk has done a really good job of studying his own RPO game because I think when you have what you have and then you take it to other places, you find out how people defend against it,” head coach P.J. Fleck said Monday. “Not only that, it gives you more ideas to build off of it and then you learn new ideas that somebody had that you didn’t have before. Then you can apply it.”

Given the foundational place of the RPO slant in Ciarrocca’s offense, opponents will continue to do different things to try and stymie it. Ciarrocca will again look for another way to scheme its success or find another variation.

“But we are just doing everything we can to make our offense better,” Fleck said. “There are some oldies but goodies and there are some new things that you’ll see as we keep moving forward.”