The surging Orioles are .500 this late in a season for the first time since 2017. They say they have ‘bigger aspirations.’ – Twin Cities 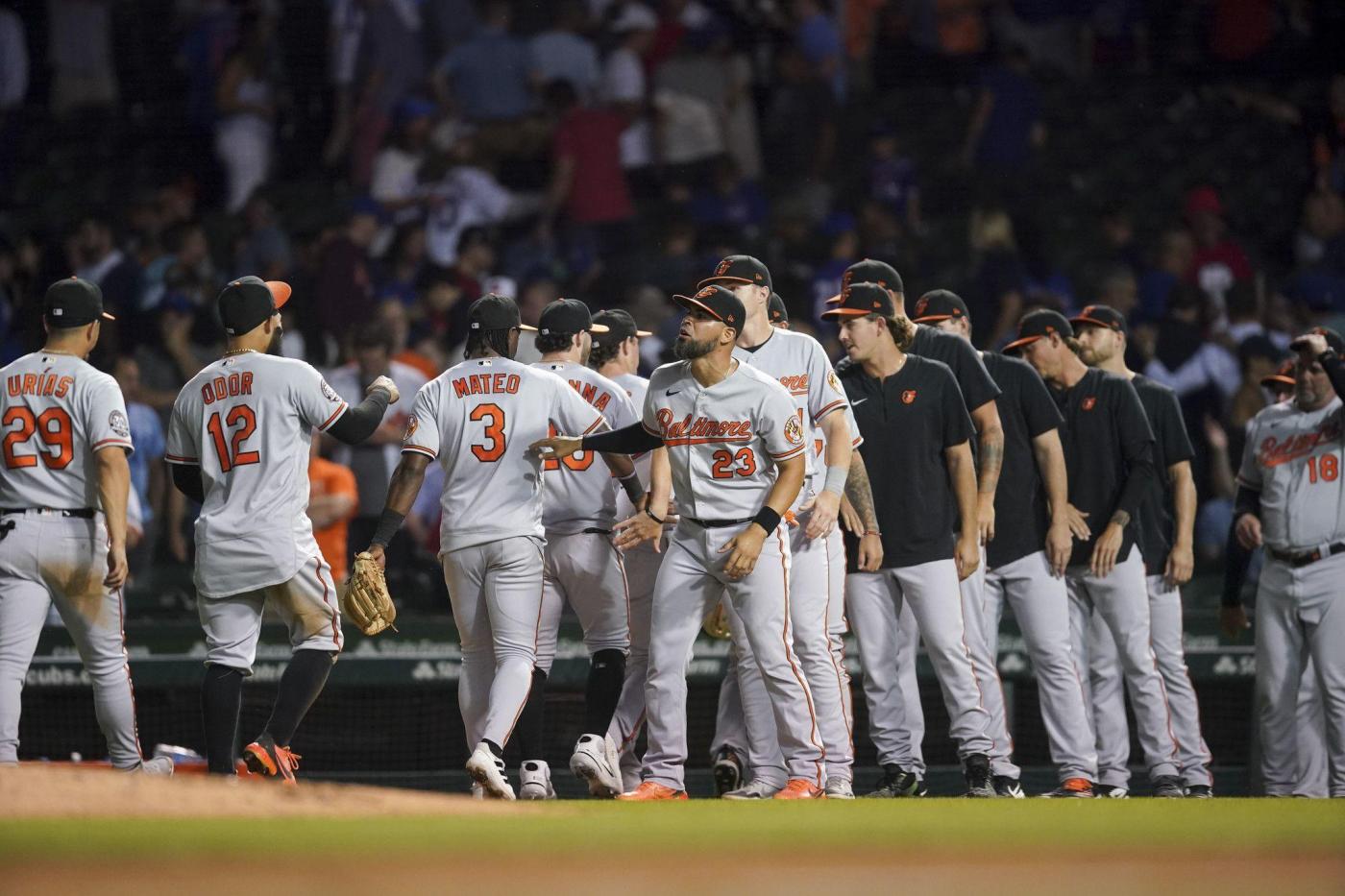 John Means isn’t on the field to experience this, no matter how much he’d like to be, but the injured Orioles left-hander can feel the energy in the clubhouse as their winning streak reached nine straight and Baltimore’s record rose to .500 on Tuesday.

It’s so different than the first three seasons Means spent with the Orioles. In 2019, when Means made his major league debut, he felt the weight that comes with the knowledge that the organization was at the beginning of a rebuild, with losses being an expectation — no matter how unwanted they might’ve been.

“We didn’t go out there to lose, but that was the aura around the team,” Means said. And he’s right, as Baltimore racked up 108 losses.

“I think the mentality has changed,” Means said.

With a 4-2 win at Wrigley Field on Tuesday, Baltimore improved to 44-44 to reach the .500 mark this late into the season for the first time since 2017. And with right-hander Jordan Lyles grinding through seven innings, the Orioles’ winning streak is longer than any they’ve had since 1999, when the club won 13 consecutive games that September.

Over the years, when Baltimore rattled off a few wins, the clubhouse had a different vibe than it does now.

The shock and surprise that accompanied those brief streaks have departed, leaving only a belief that these wins — despite many of them being close games — aren’t a fluke.

“Reaching .500 at this point of the season obviously is a feat that I think, not us as players, but I think a lot of people in the baseball industry did not expect,” right-hander Tyler Wells said. “We’ve exceeded their expectations. But I truly think that the expectations within the clubhouse and for ourselves is we can very much be a .500 team or better.

“So, I think right now it does mean a lot. It’s a pleasant surprise for a lot of people. But for us, I don’t think we’re so much focused on that right now. We’re just focusing on trying to continue the streak, keep up the confidence, hold each other accountable, and just continue to attack guys and attack teams.”

But reaching .500 isn’t the end goal for the Orioles. And that idea hangs in the back of the minds of each player in the clubhouse. It’s a benchmark, having as many wins as losses this deep into the season after several years of far more lopsided records.

It isn’t the finish line, however, and they know it.

“The end goal is not to be .500,” said first baseman Trey Mancini, the longest-tenured Oriole. “The organization has much bigger aspirations down the road. I think everybody’s focused on that. We’re enjoying every day, but we’re not getting too far ahead of ourselves.”

Still, it doesn’t take away from the moment Tuesday, when Orioles fans loudly chanted “Let’s go O’s” with two outs in the ninth inning at Wrigley Field.

Going into the season, manager Brandon Hyde didn’t know exactly what to expect from this team, particularly from his pitching staff. First baseman Ryan Mountcastle echoed that thought, admitting the bevy of new arms out of the bullpen were largely unknown commodities.

They’ve blossomed into impressive back-end arms, with closer Jorge López earning an All-Star nomination Sunday and his 17th save of the season Tuesday. Félix Bautista, whom Hyde didn’t know whether he could throw strikes consistently, has used his 100-mph heat to produce a 1.77 ERA. Cionel Pérez lowered his ERA to 0.93 with his 12th hold of the season.

“I didn’t really know what to expect going into this year, but after the first month or so, you could see the potential we had,” Mountcastle said. “Right now, it’s showing. In spring training, after the year before, you just want to be competitive, not getting blown out and stuff. That was sort of the goal there. And now we think we can beat every team.”

It’s easier to focus on a day-to-day approach when a team is winning, Mancini said. In years past, when losses were compiled in droves — the Orioles lost 19 straight games, the most in MLB since 2005, last August — there was a tendency to peek into the future, wanting to skip ahead to days such as these.

The Orioles are still two games out of the third wild-card playoff spot and in last place in the American League East. The New York Yankees are 17 1/2 games ahead in the standings.

But the Orioles are surging, playing their best baseball in nearly five years, when they were 71-68 on Sept. 5, 2017, before losing nine of their next 10 games and 12 of 14. A five-game losing streak to end that season was the final straw to begin the rebuild that, for the first time, feels like it’s turning a legitimate corner in Baltimore.

“We may be last in the AL East, but they call it the AL beast for a reason,” Wells said. “We can compete with any other team out there. I think right now we’re just kind of on the prowl, keeping our heads down, keeping ourselves focused and enjoying the time that we have with each other every day.”