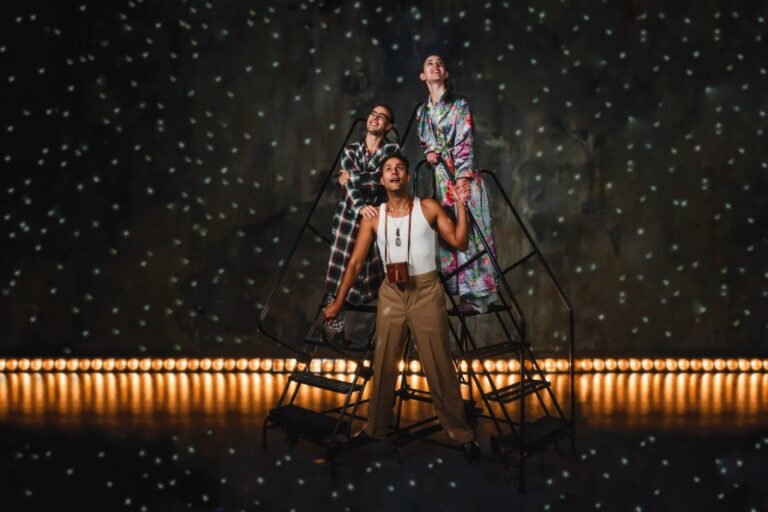 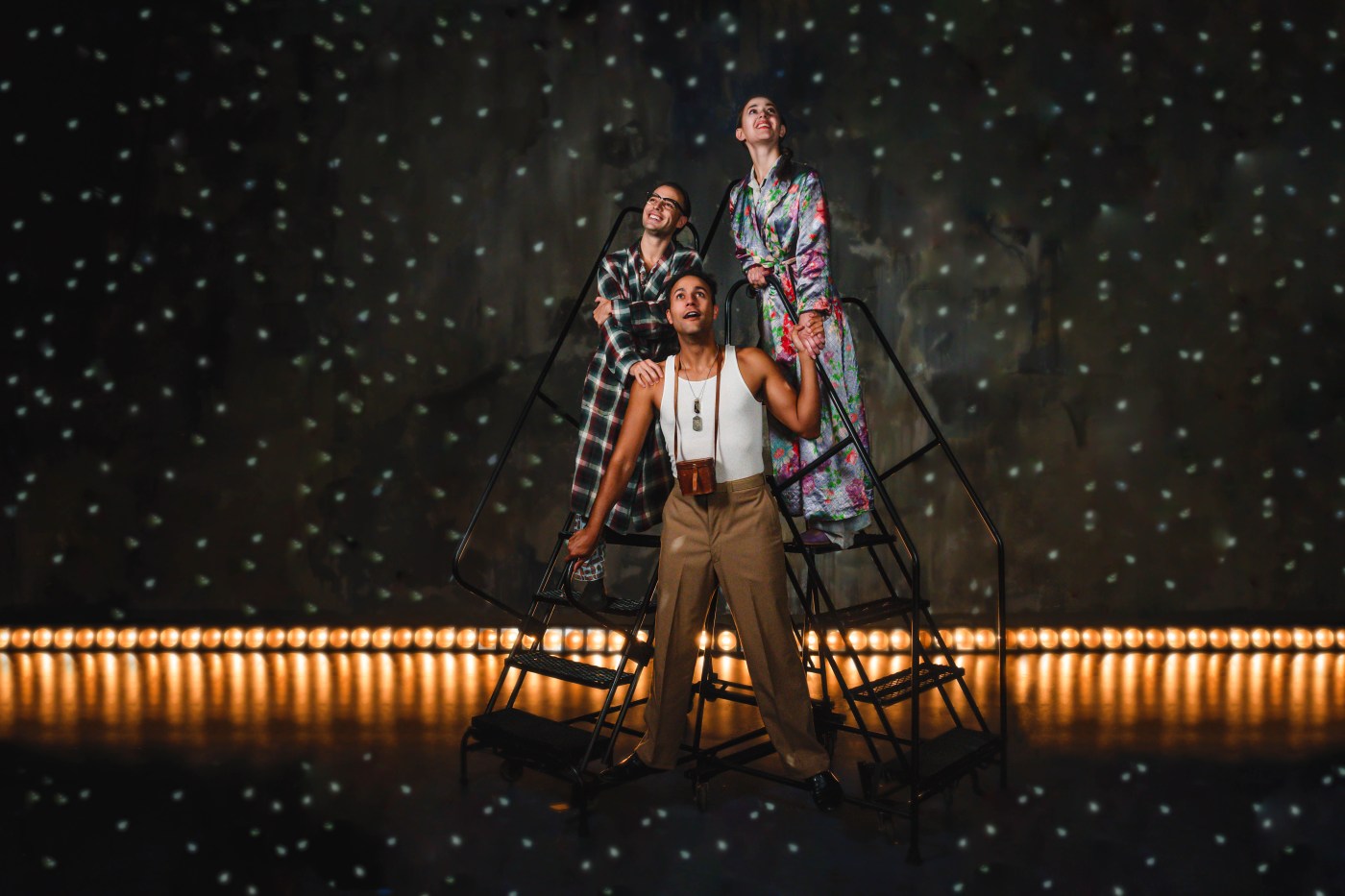 So says a character in the first scene of “Merrily We Roll Along,” the Stephen Sondheim musical currently being presented by the Twin Cities’ expert purveyors of intimate musical theater works, Theater Latte Da. And the audience soon gets a sense of how far back.

For “Merrily We Roll Along” rolls backward. It chronicles a three-cornered friendship that begins in the characters’ idealistic youth and collapses 19 years later. That’s not a spoiler, for audiences witness its final throes in the first scene. Then we proceed gradually backward in time, scene by scene, watching how key events and decisions gradually decayed the bonds between these three.

That may sound like a downer, but Latte Da’s production is a surprisingly uplifting experience. As we watch the characters grow younger and increasingly energetic over the course of the show, this staging’s effervescence makes it hard to linger long in the darkness of the denouement. Sure, foresight is 20/20 in this musical, but there’s some comfort in knowing that better days are inevitably on the way. Because we’ve already heard folks reminiscing about them.

The musical presents several crossroads in the life of composer Frank Shepard. When we meet him around age 40, he’s a producer of film fluff throwing Hollywood bacchanals and having an affair with a budding star. Soon, we’re traveling backward to 1973, watching the explosive breakup with his songwriting partner, then on to 1968, ’67, ’65 and so forth. Most scenes follow a pattern of opening on a bright note and ending with a decision that’s going to make someone very unhappy.

Whatever Latte Da’s artistic director, Peter Rothstein, creates seems to turn out slickly produced, tightly choreographed, and full of energy and heart. And “Merrily We Roll Along” is among the most expertly executed productions his little company has done. Each of the 12 actors seems deeply committed to their characters (some playing several) and the whole enterprise feels like a heartfelt tribute to Sondheim, his songs treated with as much care and attention to detail as George Furth’s strong script.

At the center of it all is Reese Britts as a Frank of vivacious spirit but insecure core. But this story is more about how others react to Frank’s decisions than it is the “why” of his choices. Delivering the show’s first tour de force number is Dylan Frederick as Frank’s lyricist partner and oldest friend, Charley, who colorfully divorces him on a TV talk show. The third member of the trio at the show’s center is Becca Hart as Mary, the writer who goes from self-destructive to supportive as we travel backward. She’s the most open-hearted of the three, yet the most jaded by the end, er, beginning.

Theirs is not the only relationship we watch change over time, as Vie Boheme and Charlie Clark offer a fascinating complement as a very believable theatrical power couple whose roles become reversed.

Rothstein’s design is a simple but effective one, and Jason Hansen’s music direction and leadership of a tight five-piece band are excellent throughout. Praise is also due Renee Guittar’s smooth, seamless choreography and the period-perfect costumes of Rich Hamson.

It’s a musical that could inspire reflection of how one’s own life would look if viewed through a backward lens. But it’s also a warm and hopeful show that will likely leave you smiling despite its seemingly fatalistic premise.

Rob Hubbard can be reached at wordhub@yahoo.com.