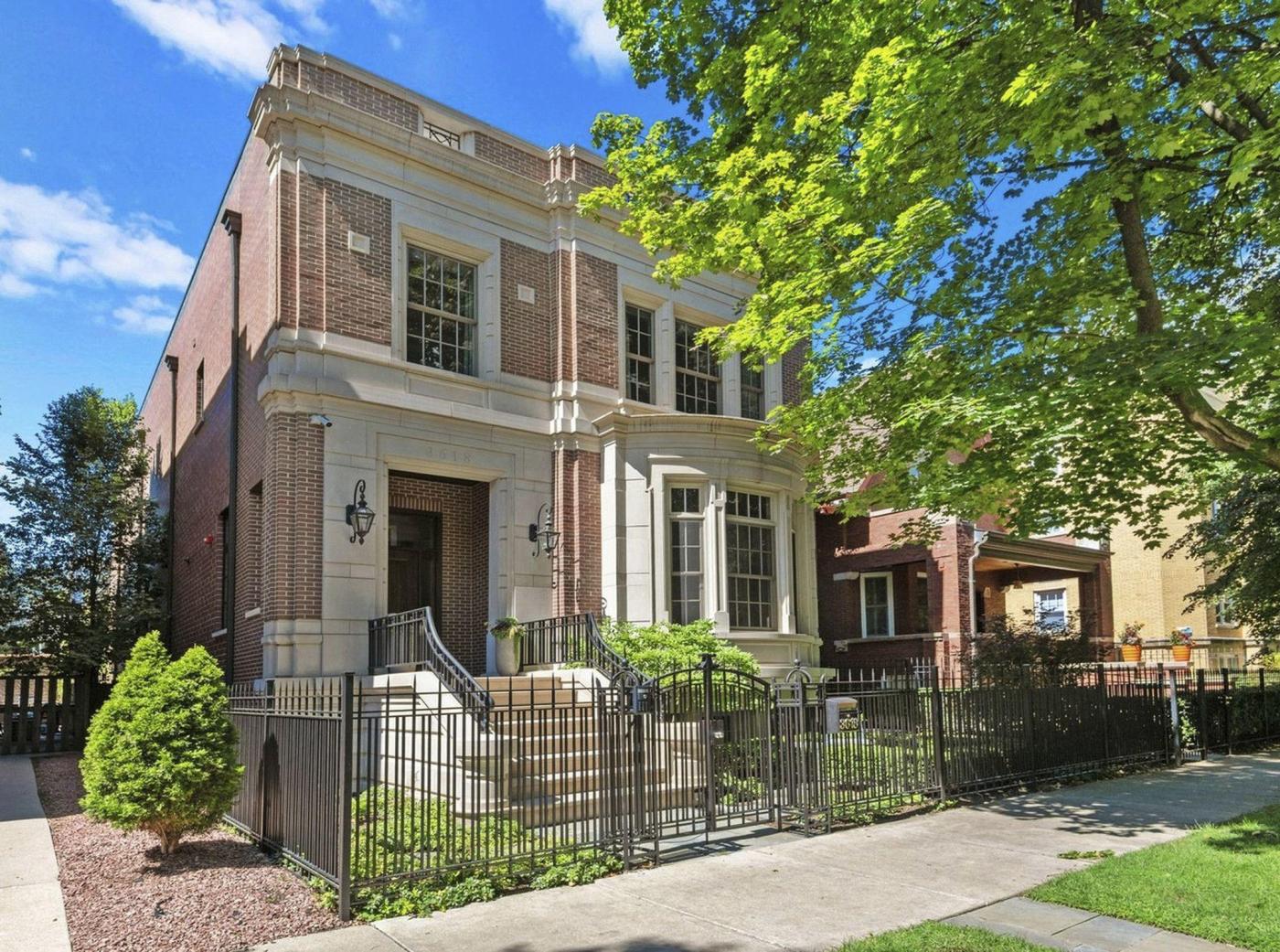 Former Chicago Cubs president of baseball operations Theo Epstein and his wife, Marie, on Monday publicly placed their six-bedroom, 7,000-square-foot brick and limestone mansion in Lakeview on the market for $3.75 million.

Now a consultant for Major League Baseball, Epstein, 48, oversaw the Cubs’ baseball operations from 2011 until stepping down in November. Among his achievements was leading the team to the 2016 World Series title.

In Lakeview, Epstein and his wife paid $3.25 million in late 2011 for the house, which at the time was newly built. In purchasing the home, the Epsteins outbid then-Chicago Blackhawks star Patrick Sharp.

Now, with Epstein’s time with the Cubs over, he and his wife have put their house on the market. On Sept. 1, the couple first listed the house for sale for $3.6 million through the real estate agents’ private listing network, and the house briefly went under contract. After that deal fell through, the Epsteins and listing agent Jeff Lowe of Compass decided to list the mansion publicly at a higher $3.75 million asking price.

Lowe declined to comment on the deal that fell through or on his clients’ identities. However, he told Elite Street that the reason for the higher asking price is because while the mansion was listed in the private listing network, buyer traffic was very strong. In addition, he said, he subsequently learned of an off-market comparable home value of which he had not been previously aware. Those two data points prompted Lowe and his clients to revise the asking price.

Situated on an extra-wide, 37.5-foot lot, the house has five full bathrooms, two half bathrooms, millwork and built-ins throughout, high ceilings, a living room with a custom limestone fireplace, a curved staircase with a skylight and a kitchen with a marble island, a walk-in pantry and commercial-grade appliances, including an espresso machine, two dishwashers and a separate beverage refrigerator.

Other features include a great room with high ceilings, a walkout patio and a primary bedroom suite with floor-to-ceiling windows, a fireplace, two walk-in closets, a wet bar and a marble bathroom with separate vanities, a steam shower and a separate soaking tub. The home also has a great room, an attached four-car garage with a rooftop deck and a lower level with radiant heat, a theater room, an oversized bar and an additional rec room with built-ins.

Bob Goldsborough is a freelance reporter.