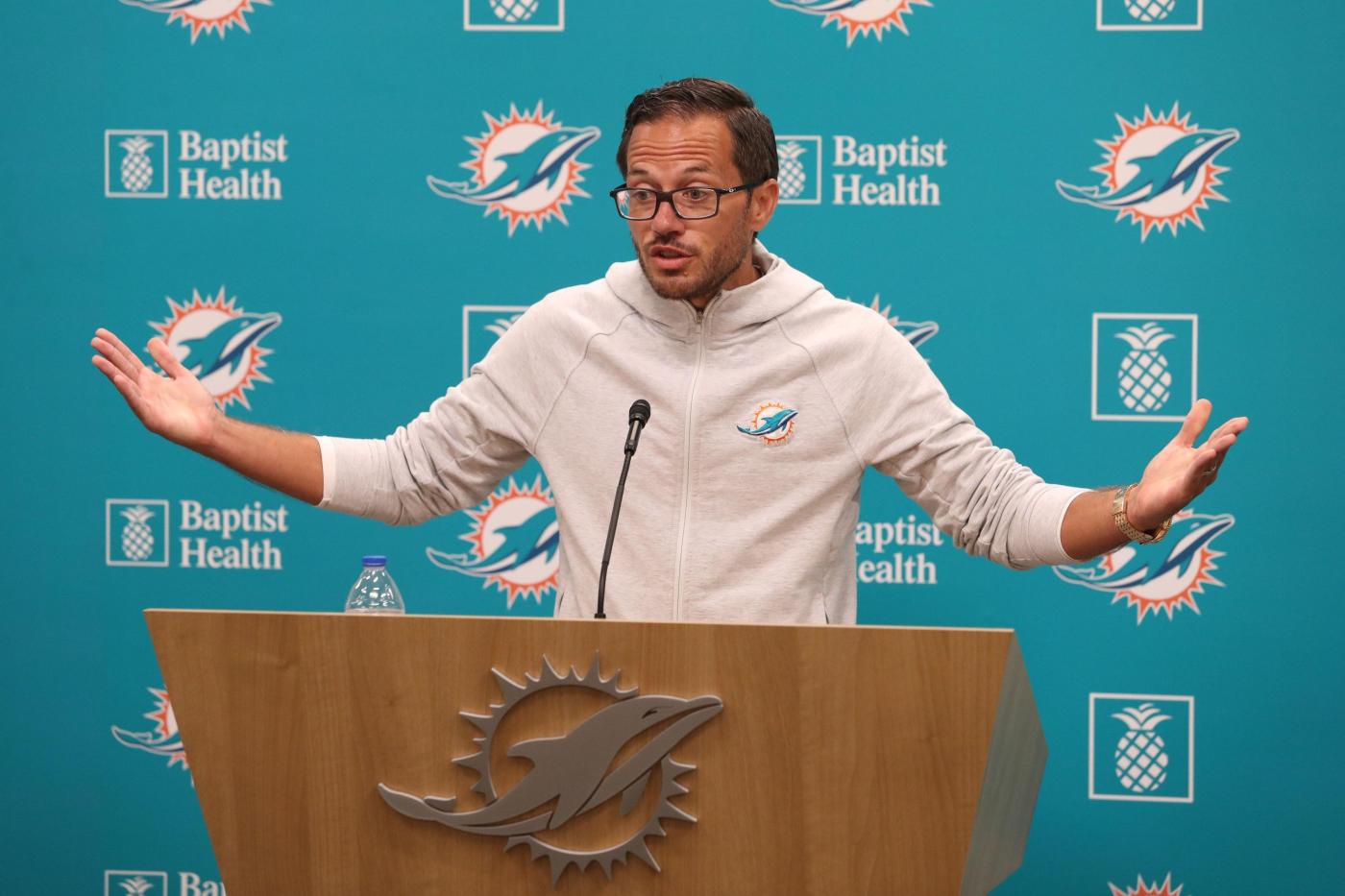 The friendly-fire portion of training camp is over for the Miami Dolphins.

After two weeks of practicing against themselves, the Dolphins are headed to Tampa for a week, which will feature two days of joint practices against the Buccaneers and Saturday’s exhibition opener.

It should provide the Dolphins a measuring stick of where the team is against a playoff-caliber opponent, one with a future Hall of Fame quarterback in Tom Brady, who possesses an arsenal of playmakers, and a physical defense that is as aggressive as Miami’s.

We’ll learn plenty this week, but here’s a recap of ten things past week has taught us:

Tua Tagovailoa is practicing at a consistent level.

Tagovailoa’s accuracy shines on most days. He’s silencing critics who thought Tyreek Hill’s big-play prowess was going to disappear with Tagovailoa as his quarterback by routinely delivering on deep throws. And most importantly, during training camp Tagovailoa has typically connected on third-down and red-zone throws. Put that with his excellent pocket presence, which he showcased the past two years playing behind a poor offensive line, and it seems as if the Dolphins might actually have a quarterback worth building a franchise around. Tagovailoa needs to continue to take steps forward during this week’s joint practices against the Buccaneers, and during his limited preseason work.

Armstead, the Dolphins’ big-ticket free-agent signing, has sparingly participated in practices the first two weeks as he paces himself for the season. But the elite left tackle, who is a three-time Pro Bowler, got involved in 11-on-11 periods for two straight practices and showcased the athleticism he brings to the team. It’ll be interesting to see how much he participates in the joint practices against the Buccaneers. My guess is plenty because the odds of the 10-year veteran playing at all in the preseason games are slim.

Snaps from centers have been an issue.

The Dolphins have been struggling with off-the-mark snaps for two weeks, and that’s to be expected with Connor Williams and Adam Pankey both making a transition to center this summer. The fact that Michael Deiter, who played center last season, has been sidelined with a foot injury, hasn’t helped. If Miami has snapping issues this week, the Dolphins need to seriously consider adding a veteran center like J.C. Tretter, who remains a free agent after the Brown released him this spring.

Ezukanma, a former Texas Tech standout the Dolphins selected in the fourth round of this year’s draft, has been delivering big catches every day, no matter which quarterback is throwing him the ball. His draft status was likely going to ensure Ezukunma made it onto Miami’s 53-man regular-season roster, but at this point it’s reasonable to conclude he is outperforming Cedrick Wilson Jr., and could be viewed as Miami’s third-best receiver.

Tyreek Hill, who has averaged 11 touchdowns a season in his first six years, is one of the most dynamic playmakers the NFL has ever seen. His speed is a threat to any cornerback, but Howard has shown that he has the skill set to cover Hill 1-on-1 on most plays. That’s why Hill acknowledged that Howard’s been locking him up in 1-on-1s, and often calls for the three-time Pro Bowler to cover him during those drills where opposing units go up against one another.

As Armstead pointed out this past week, the addition of Ingram to the Dolphins defensive front was an “extremely underrated” move for the franchise. The veteran pass rusher, who has accounted for 51 sacks in his 10-year career, has been one Miami’s most productive defenders in the days he’s worked. He’s a forceful pass rusher, but also has a knack for setting the edge and defending the run. Put Ingram on the field with Emmanuel Ogbah, Jaelan Phillips, and Jerome Baker for 400 to 500 plays a season and the Dolphins should have a foursome of forceful rushers that could potentially lead the NFL in pressures again.

Tight ends continue to have a quiet first two weeks.

Mike Gesicki’s limited reps and targets the past two weeks has to make one wonder why the Dolphins placed the franchise tag, which is worth $10.9 million, on a one-dimensional pass catcher? But it’s not like any other tight end on the roster has been targeted much. Coach Mike McDaniel said the tight ends are basically being reprogramed and stripping themselves of everything they’ve previously been taught. That’s a process, and considering the end result could be George Kittle, it’s hard to question the process.

The door is open for a defensive lineman to make the roster.

With Adam Butler being waived last week, creating roughly $4 million in cap space, the Dolphins have an open roster spot to use on a defensive lineman. John Jenkins, a 10-year veteran who has specialized as a 3-4 nose tackle throughout his career, is a logical candidate to make Miami’s 53-man roster. He’s been effective the first two weeks of camp. But Miami might try to get a better evaluation of Ben Stille, Owen Carney Jr. and Jordan Williams, the three rookies, against the Buccaneers during joint practices.

Jevon Holland is beginning to elevate his game.

The end-of-practice interception Holland pulled down on a Tagovailoa pass during Sunday’s end-of-game situation perfectly illustrates the cat-and-mouse game Holland and Tagovailoa have played all camp. Holland and Tagovailoa do a daily battle, reacting to each other’s moves as the quarterbacks of their units. Holland pulled down two interceptions this past week and delivered a handful of plays that would have impacted the outcome of drives favorably for Miami’s defense.

Fifth receiver spot is up for grabs

At this point the battle to determine which receiver earns a roster spot behind Hill, Jaylen Waddle, Wilson and Ezukanma is foggy. Preston Williams and Lynn Bowden, two talents from past Dolphins regimes, have had quiet camps. If they don’t start producing their days in South Florida might be numbered. River Cracraft, Mohamed Sanu and Trent Sherfield all have history with these coaches from their time with the 49ers, but none of them have been as impressive as Braylon Sanders, an undrafted rookie from Ole Miss. That fifth receiver spot might come down to the contributions everyone makes on special teams.

Now, even Mother Nature is getting in the way of Aaron Judge’s swing at history.…