This "Stranger Things" Character Foreshadows His Own Death in Season 4 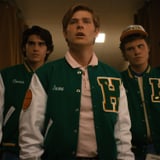 As if we needed more proof that Vecna has been lurking in Hawkins since the beginning of our “Stranger Things” journey, fans recently spotted a clue in season four that foreshadows one character’s death way before it happens. While people create endless fan art and petitions to mourn Eddie Munson’s death, one not-so-beloved character recently caught the attention of Reddit user hunimpressed. “Caught this on my rewatch. I see what they did there,” the user wrote over a screen grab from “Chapter Two: Vecna’s Curse.” The scene, which takes place in the second episode of season four, features . . .