Timberwolves rookie Walker Kessler was a dominant defender in college. Will it translate to the NBA? 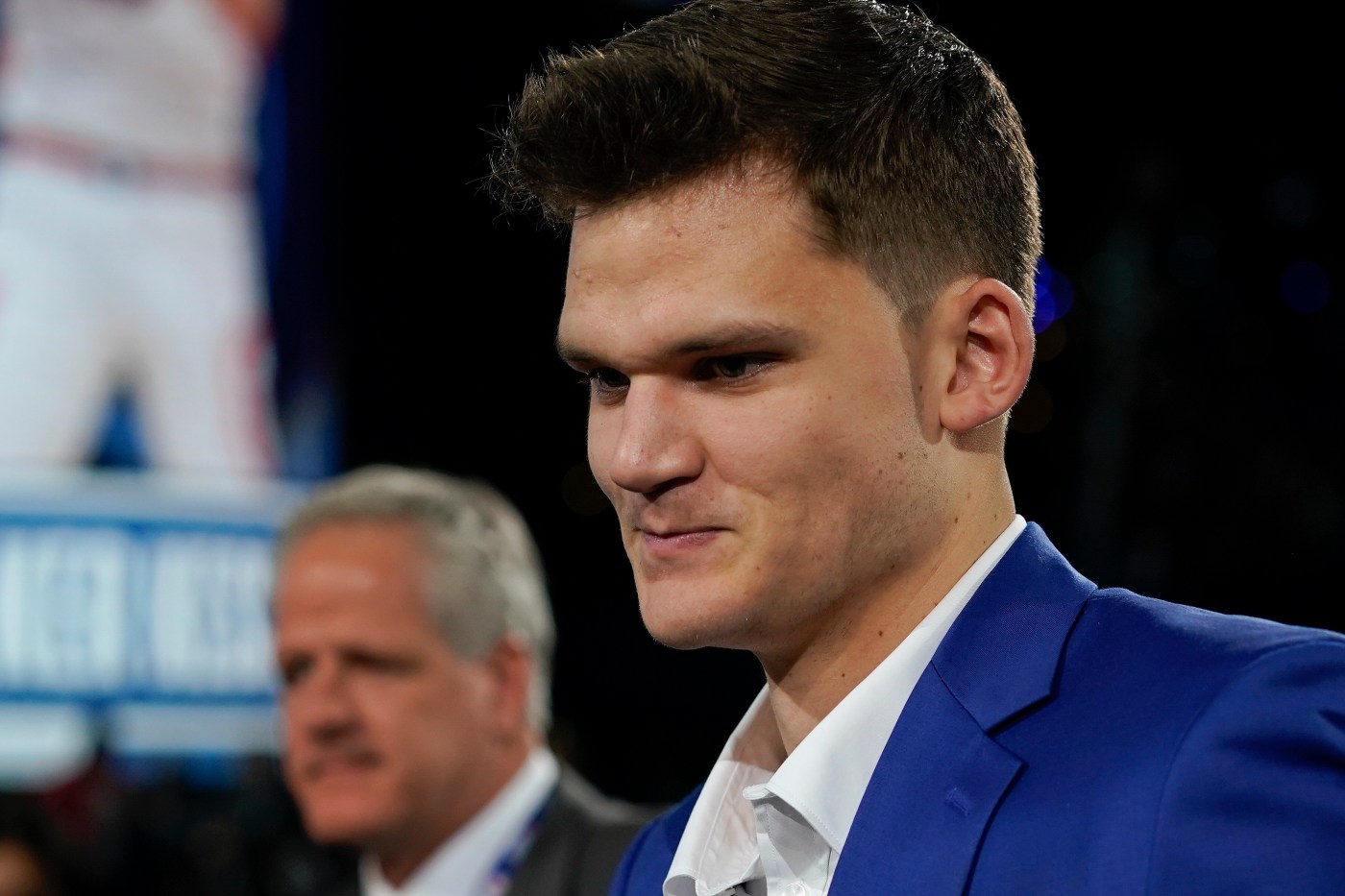 The physical traits of Timberwolves rookie Walker Kessler are imposing. He looked every bit of 7-foot-1 during his introductory news conference on Tuesday morning at Target Center, and at 20 years old, it’s easy to envision him adding weight to his 245-pound frame.

That size is a big reason Kessler, the No. 22 pick in last week’s 2022 NBA Draft, averaged 4.6 blocks per game for Auburn this past season en route to being named the Naismith Defensive Player of the Year.

“I wish I could say it’s all skill,” Kessler said of his defensive prowess. “Obviously height and length help.”

Now the question is: Will his skill set as a defender translate to the NBA?

In a perfect world for the Timberwolves, Kessler eventually will slide in alongside star big man Karl-Anthony Towns, fortifying a front court that lacks rim protection and, at times, looked allergic to grabbing a rebound, especially during the first-round playoff series loss to the rival Memphis Grizzlies.

Much of that projection stems from whether Walker will be able to impact the game in multiple ways on the defensive side. As Timberwolves coach Chris Finch acknowledged, in the current landscape of the NBA, a big man can be asked to switch onto a guy on the perimeter, then on the next possession be forced to drop in coverage to protect the rim.

“I think he’s got the ability,” Finch said. “The elite bigs can do everything. They can drop, contest, and still rebound out of it. We’ll see what he can do.”

The good news for Kessler is he’s going to get some time to develop. With future star Anthony Edwards leading the way, and Towns serving as the other part of the part of the franchise’s dynamic duo, the Timberwolves likely won’t need Kessler to play big minutes early in his career.

“We’re not going to put too much pressure on (the rookies) to be great right away,” Finch said. “We want them to come in, adjust to the league, keep developing. They all do things at the NBA level that we think translates to role players.”

There’s reason to believe Kessler can develop into a solid big man over time. He already has showcased his willingness to improve, going from a skilled high school star who cared way more about offense, to a college kid who emerged as the most dominant defender in the nation.

How did Kessler improve so much on the defensive side?

He placed an emphasis on verticality while at Auburn, understanding that it’s much more effective to wall up in the paint rather than swing for blocks all the time. He also pushed himself to improve as a perimeter defender this past season by practicing against No. 2 draft pick Jabari Smith Jr.

Now he needs to take another step in the right direction.

“Obviously (in the NBA) there’s a next level of speed and physicality, so it’s about adjusting to that,” Kessler said. “I don’t think I’ll have an issue with that. I think that I have the right mentality going into it of understanding that I do need to learn and improve.”

Even if Kessler develops into a complete defender, he also needs to prove himself capable of stretching the floor if he wants to play a significant role with the Timberwolves moving forward.

Look at Utah Jazz center Rudy Gobert for a perfect example. As dominant as he is defensively, his lack of skill offensively can make him unplayable in certain situations.

Asked about Kessler’s shot, new president of basketball operations Tim Connelly said he checked in with various people at Auburn and feels confident about that part of his game.

“The coaching staff spoke highly of him,” Connelly said. “They spoke highly of both his ability to make shots and, more importantly, his work ethic behind trying to improve as a shooter.”

It remains to be seen whether Kessler will develop into a key contributor for the Timberwolves in the long run. Many things need to fall into place for that to happen.

In the meantime, though, Kessler is focused on impacting winning in whatever way he can, while continuing to improve every day.

“I think the rest of it will take care of itself,” Kessler said. “I’m a big believer in the idea that if we focus on team success, we will get individual success from that.”