Tom Hoge, an honorary Minnesotan, in contention after Round 1 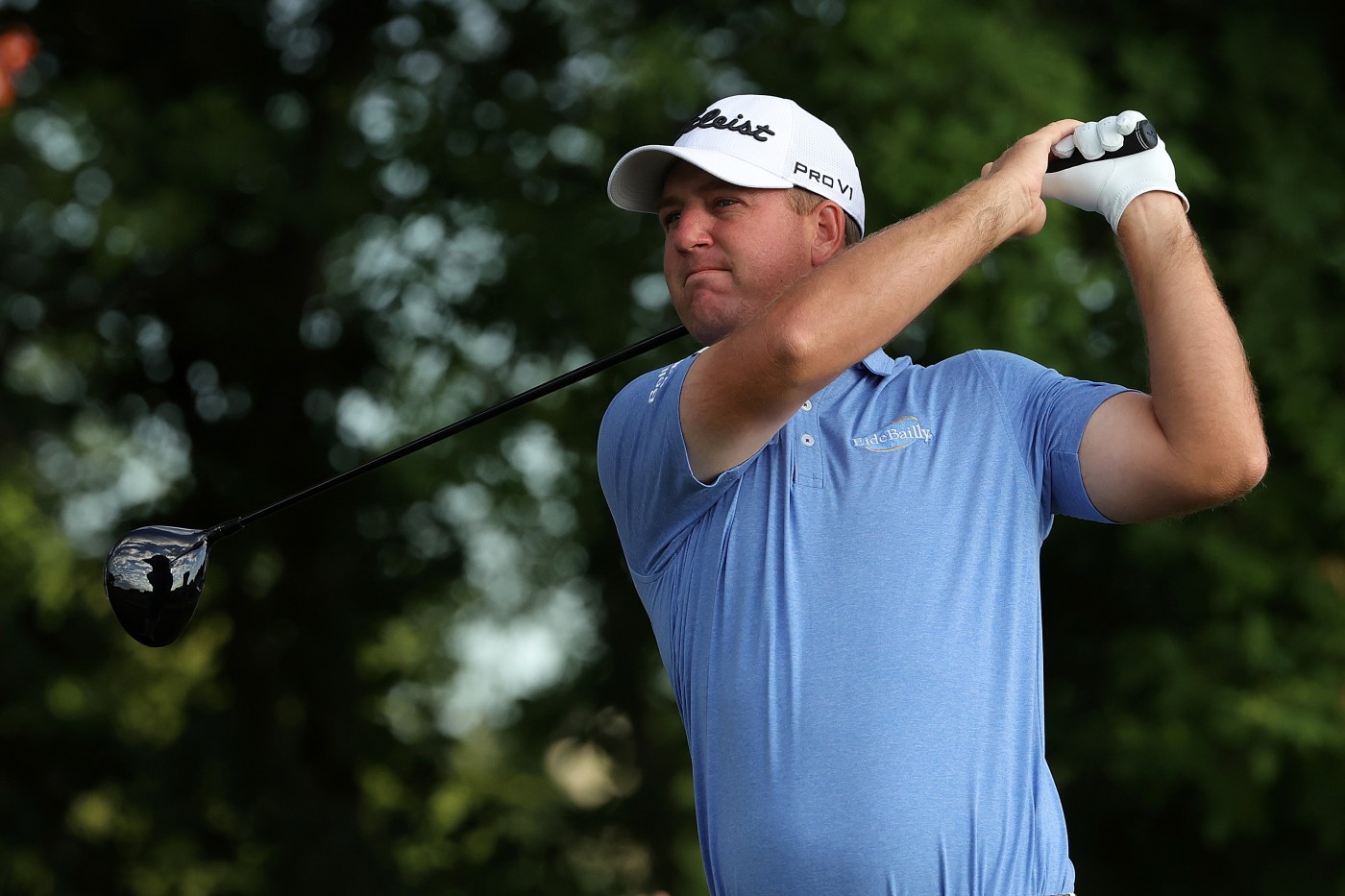 Though Tom Hoge isn’t from Minnesota, he might as well be. He won back-to-back state amateur titles more than a decade ago, and while he still resides in his native Fargo, N.D., he has adopted Minnesota as something of a second home.

“I love coming back here,” Hoge said. “I just feel comfortable being in the area. I think it helps having played in a lot of this wind growing up here and in Fargo a few hours away. It helps to understand how much it will affect some of the shots out there.”

That familiarity helped Hoge on Thursday as swirling winds made for tough course conditions in Round 1 of the 3M Open at the TPC Twin Cities in Blaine. While many players struggled to adapt, Hoge managed just fine on his way to a 4-under 67.

“It was a good day for me,” said Hoge, who is only a couple of strokes behind leaders Scott Piercy and Sungjae Im, both of whom shot a 6-under 65. “The course played really tough with the wind out there. Usually these par 5s are pretty gettable. It’s completely different in this wind.”

The only blemish on Hoge’s scorecard came after a debacle on the green at No. 18, his ninth hole of the day. After uncorking a perfect shot to clear the massive lake, Hoge had an eagle putt from about 34 feet. He lagged it up to 4 feet, 4 inches, only to smoke his birdie putt way past the hole. He missed the par putt and tapped in his bogey putt before frustratingly leaving the green with a a four-putt.

“Honestly, I kind of laughed that off,” Hoge said. “I didn’t feel like I hit that bad of a second putt. I got a really big wind gust right in the middle of the putt and it carried it way down the slope there. You can’t do much other than laugh that off. I’ve never hit a putt like that.”

“I think I hit all 18 greens, so it was a nice day,” he said. “I gave myself a lot of opportunities and stayed out of trouble.”

That’s been the name of the game for Hoge this season. He won the AT&T Pebble Beach Pro-Am back in February, his first PGA Tour victory in eight years on the world’s toughest tour. He added a top-10 finish at the PGA Championship in May to go along with some other solid showngs.

That success in the spring has helped Hoge stay in steady position in the FedEx Cup standings despite some struggles in the summer. He entered the 3M Open having missed six consecutive 36-hole cuts, including last week at The Open Championship at St. Andrews in Scotland.

“It makes it a little bit easier through some of these stretches,” Hoge said. “You don’t have to press quite as much. I know that what I’ve worked on in the past will get me out of it and back into the right form.”

Perhaps the 3M Open in his honorary home state can serve as a launching pad. He certainly would welcome that heading into the FedEx Cup Playoffs next month.

“I felt like I started to play a lot better last week at St. Andrews even if I didn’t score quite as well as I would have liked,” Hoge said. “I feel like it’s starting to turn around here for me, and hopefully it’s the right time as we head into the playoffs.”