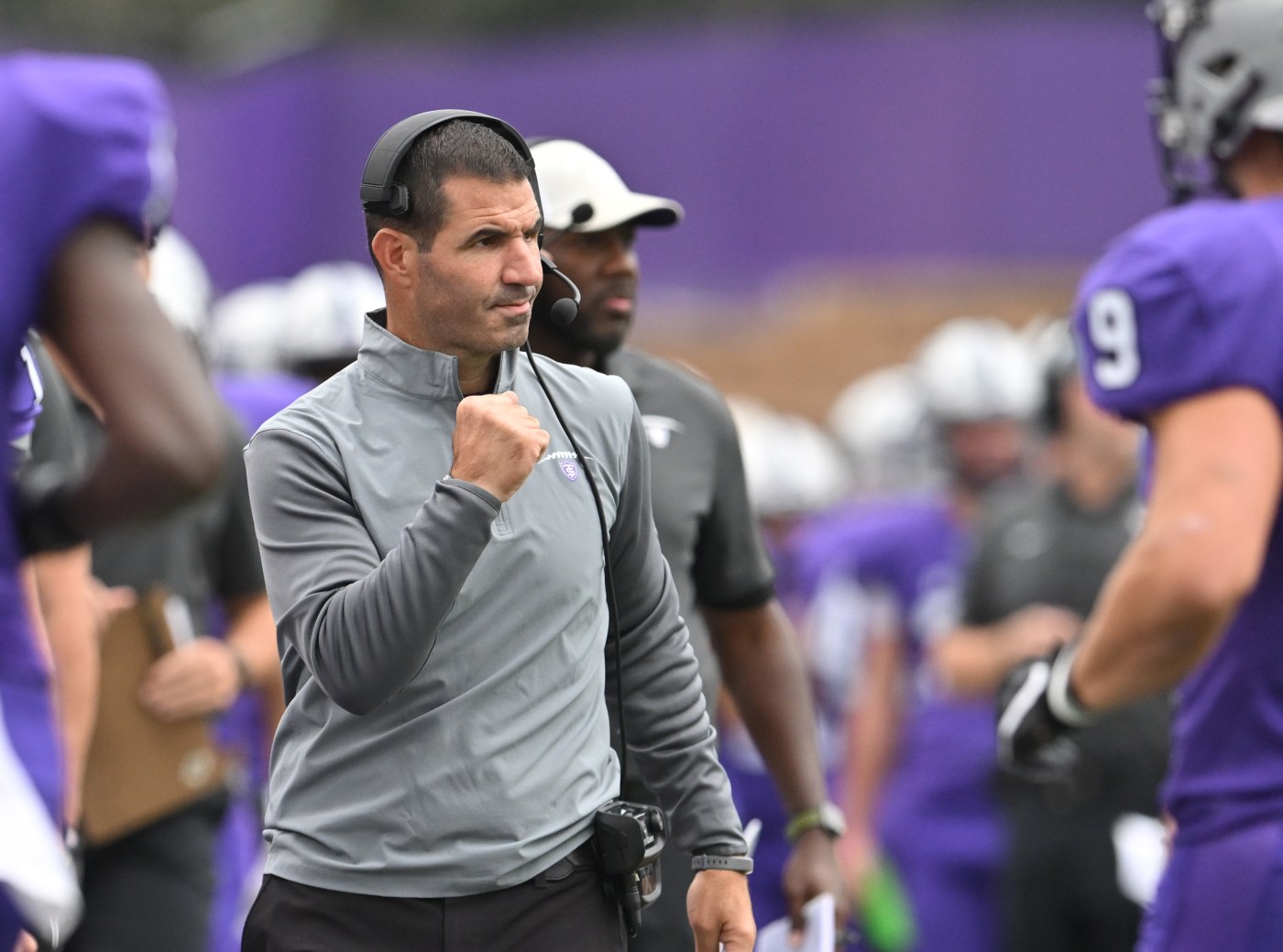 The fact that the Davidson Wildcats will come to St. Thomas’ O’Shaughnessy Stadium on Saturday leading all of college football with an average of 389.4 rushing yards per game certainly has gotten the Tommies’ attention.

Not to mention the fact that the Wildcats topped that number last season when the teams met in North Carolina, rushing for 392 yards in a 42-15 victory. It was a humbling experience for the Tommies in an otherwise smashing debut in the Division I Pioneer Football League, and one that left the returning members of the defense anxious for another crack at the team that has established itself that at the moment has set the standard in the league.

“They remember the poor performance,” defensive coordinator Wallie Kuchinski said, “and they’re ready to rectify that.”

The Tommies’ best shot at pulling off what would amount to a sizable upset is to find a way to slow the Wildcats’ unique version of the triple-option offense. Davidson (4-1, 2-0 PFL) is coming off a 31-0 victory over Butler in which it rushed for 498 yards.

In Davidson’s version of the option offense, the quarterback lines up in the pistol formation rather than under center. A tight end is attached at the line of scrimmage; most option offenses don’t use a tight end. The Wildcats also will line up a wing on the tight-end side, maximizing the number of blockers.

“I don’t think you are going to be able to stop this team from doing what they want to do,” Kuchinski said. “They’re going to make some plays, and we’re going to have to weather that storm. We have to do a good job on third down; last year’s third-down plan was not good.”

Davidson was 12 of 16 on third-down conversions in last year’s meeting and 2-for-2 on fourth down. In most cases, the Wildcats were able to run the ball in short-yardage situations. Getting Davidson into third-and-long situations will severely increase the defense’s chances of getting off the field.

“You would love to be able to make this team throw,’ Kuchinski said, “but nobody has been able to do that.”

Added St. Thomas head coach Glenn Caruso: “If they have 78 plays in a game they are going to run the ball 70 of them. They take a great deal of pride in that. Unless it’s a long distance, they treat third down like second down.”

Kuchinski said that other than the usual adjustments that need to be made when facing an option team, his defense will continue to play to its strengths.

“With teams that run this type of offense, there is no secret code,” Kuchinski said. “You can’t crack the code. These offenses have seen everything thrown at them, and triple-option teams are as good as anybody in adjusting. You just have to be able to perform your responsibilities to the best of your abilities, which is the essence of football in a nutshell anyway.”

The Tommies ( 3-1, 1-0) have averaged 31.5 points per game this season, so the offense’s ability to put together drives and limit Davidson’s possessions could be a key factor as well.

“What we need to do is be us at a higher level,” Caruso said. “And we have to take care of the football, which has plagued us and eluded us. We’ve lost two fumbles a game this season; that’s a lot. And we’ve thrown four interceptions.

“So our turnovers, which usually has been a winning edge for us, has been a losing edge. That needs to get rectified no matter who we’re playing.”

Despite last season’s one-sided loss and the challenges of facing Davidson’s high-powered offense, both Caruso and Kuchinski dismissed the possibility that the Tommies will be intimidated by their opponent on Saturday.

“I don’t worry about our guys being intimidated,” Kuchinski said. “Moving up (to Division I) I think our guys always had a chip on their shoulder because people don’t expect much from them on this level. But I don’t think they back down from anything.”