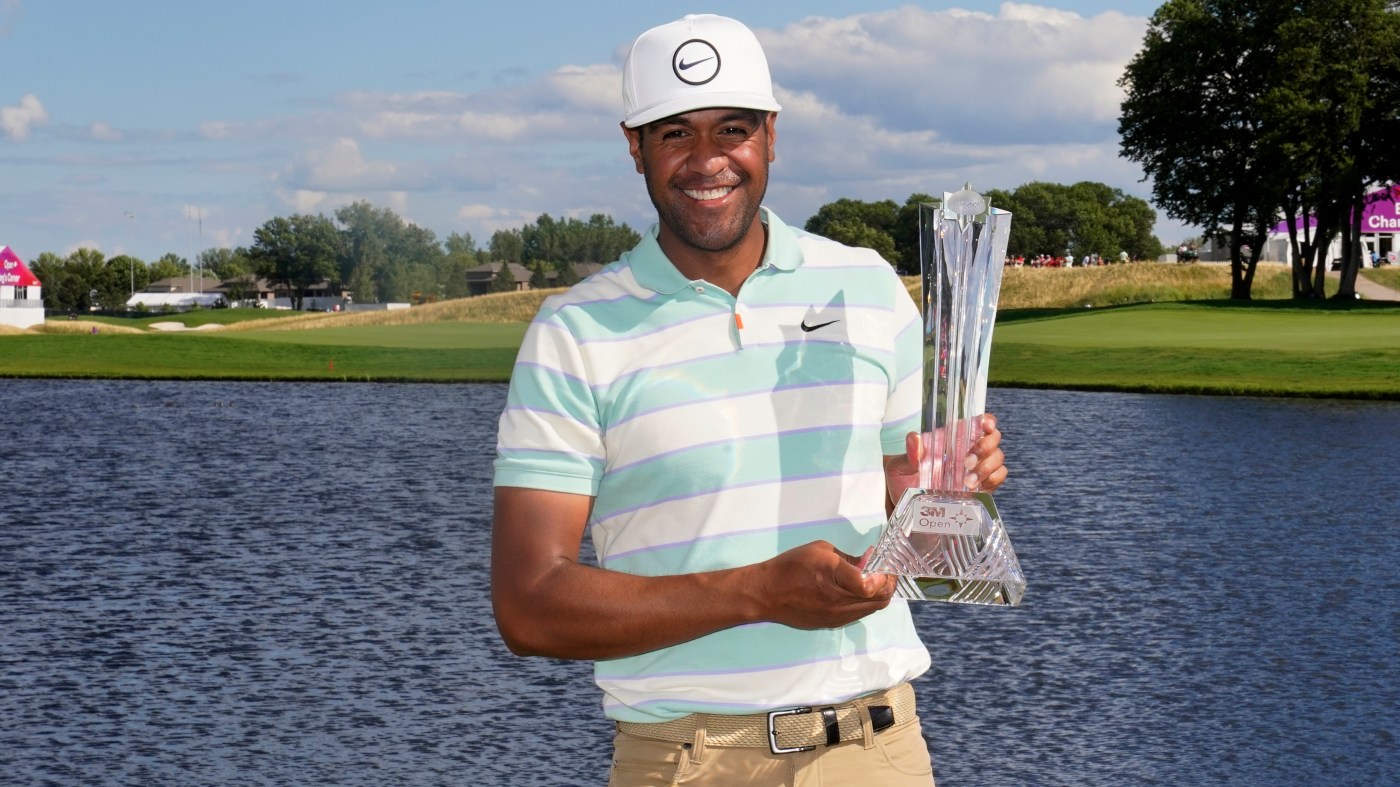 Trailing by five strokes in the final round at the 3M Open, it sure felt like Tony Finau was playing for second place.

Never mind that Finau had played very well to that point. He was still struggling to keep up with 54-hole leader Scott Piercy, who was putting out of his mind, and appeared to be well on his way to an easy win.

Naturally, a few hours later, Finau was walking toward the green on No. 18 with with a host of “TONY! TONY! TONY!” chants echoing in the background. Not only had he erased the deficit, he had taken a massive lead of his own, and was moments away from winning the 3M Open.

After a nice lag putt, Finau tapped in to finish the tournament 17 under par. He gave a massive fist pump, retrieved his ball, and immediately sought out his family in the crowd. It was time to celebrate.

On the other end of the spectrum, Piercy walked off the green on No. 18 a few minutes later, understandably disappointed after melting down in the final round. He was sitting pretty at 20 under par earlier in the day after drilling a birdie putt on No. 6.

That’s where things started to unravel for Piercy.

That paved the way for No. 14, a hole that will likely haunt Piercy for the foreseeable future. He hit his drive into the fairway bunker, and with an unforgiving lie in front of him, he failed to get out of the sand on his next shot. He then splashed his approach into the water before mercifully making a triple bogey.

That changed everything. All of a sudden, Finau was in complete control, and Piercy was in chase mode.

After unknowingly taking the lead, Finau made back-to-back-to-back birdies. He actually didn’t realize he was the solo leader until he reached the green on No. 16.

Naturally, Finau started to feeling some pressure, which showed on No. 17 when he crushed his tee shot. Though that type of mishit usually has the potential to be disastrous, the ball ricocheted off the grandstand, rocketed back toward the water, and somehow stayed out of the water.

That type of fortune wasn’t lost on Finau. He got up and down for par, then kissed the ball as he walked off the green.

With the tournament well in hand at that point, Finau tried to make things interesting for himself on No. 18, splashing his tee shot into the massive lake the guards the green. He recovered with a nice lay up, then plopped his approach roughly 25 feet from the hole. He two-putted to secure the win.