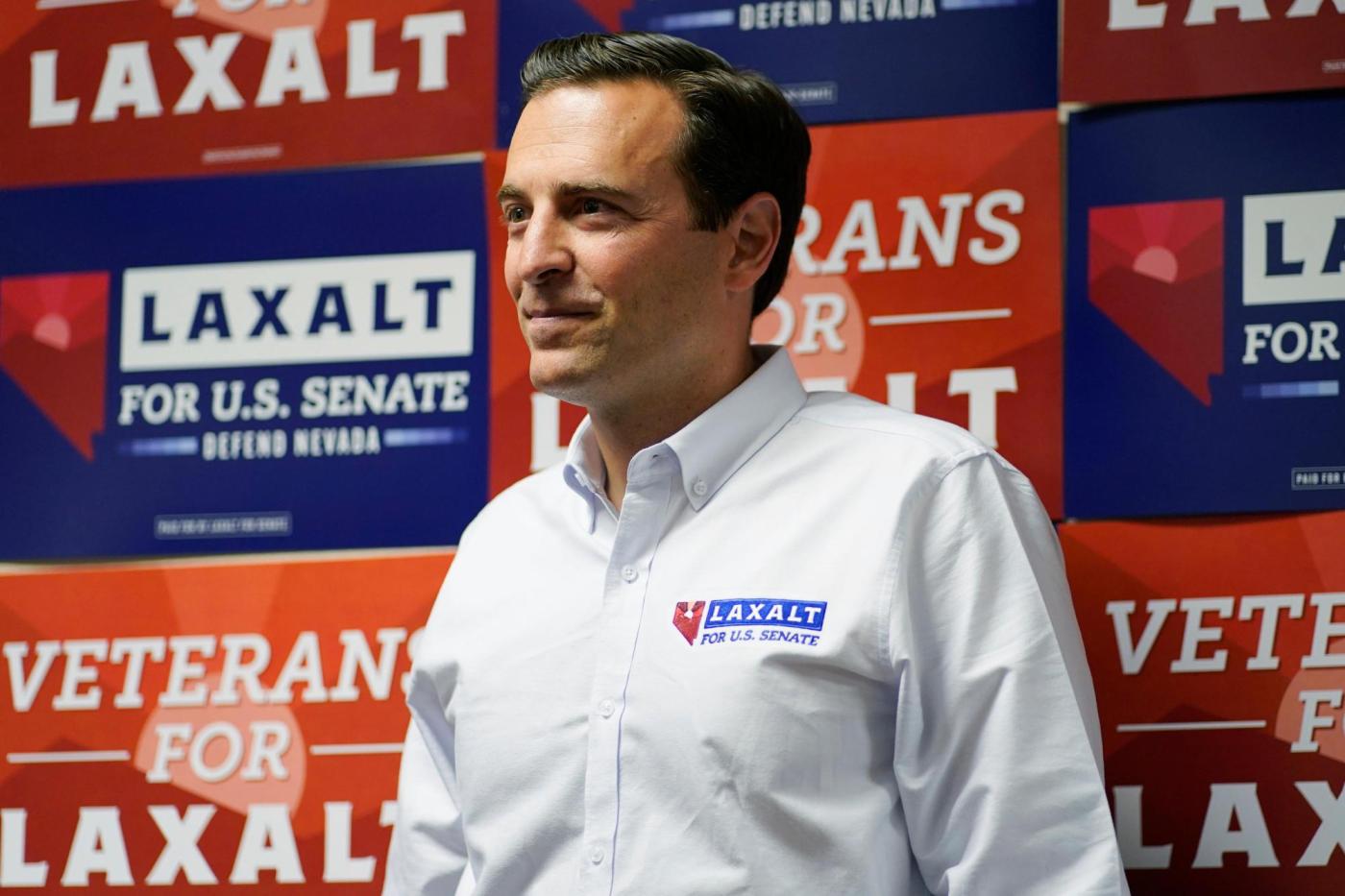 LAS VEGAS (AP) — Donald Trump notched a notable victory Tuesday when voters in South Carolina ousted a five-term incumbent Republican who supported the former president’s impeachment last year. But another Trump critic in the state held back a primary challenge, and results were looming in Nevada, where a Senate race posed an even bigger test of the Trump’s influence over the GOP.

Nevada’s Senate GOP primary was originally expected to be a cakewalk for Adam Laxalt, one of the state’s most prominent Republicans, who has already won statewide office and attracted support from both Trump and Senate Republican leader Mitch McConnell.

Yet in the final weeks before Tuesday’s primary, Nevada’s former attorney general faced a surprisingly spirited challenge from Sam Brown. A retired Army captain and Purple Heart recipient, Brown has appeared before swelling crowds drawn to his profile as a political outsider. He bolstered his campaign with strong fundraising numbers, particularly among small-dollar donors who often represent the party’s grassroots.

Nevada and South Carolina were among several states holding elections about midway through a primary season that could reshape American politics. The races offered a chance for Trump to regain momentum after high-profile stumbles last month in his bid to dominate the GOP ahead of another presidential run. The Trump-backed candidate for governor in Georgia, for instance, was defeated by a 50-point margin.

But on Tuesday in neighboring South Carolina, one of Trump’s top GOP targets, Rep. Tom Rice, lost his primary after supporting the former president’s second impeachment last year. Trump endorsed Rice’s rival, state Rep. Russell Fry, and even traveled to the heavily Republican district earlier this year to encourage residents to vote against their congressman.

In another South Carolina House race, however, incumbent Republican Rep. Nancy Mace prevailed in her primary despite Trump recruiting someone to try to unseat her. Mace defeated former state lawmaker Katie Arrington even though she had drawn Trump’s ire for criticizing his role in the Jan. 6 insurrection.

Speaking to reporters after the results came in, Mace sought to strike a tone of consensus, pledging to “work with anyone who’s willing to work with me, full stop.”

For his part, Trump posted a statement on his social media platform saying Arrington was a “long shot” who ran a “great race.” He offered his congratulations to Mace, who he said should easily prevail over a Democrat in the fall.

Still, much of the focus Tuesday was on Nevada, where the winner in a GOP Senate contest would go on to face Democratic Sen. Catherine Cortez Masto in what may be the GOP’s best opportunity to flip a Senate seat and regain control of the chamber.

Laxalt is well-known in the state for having served for four years as Nevada’s attorney general and campaigned unsuccessfully for governor in 2018. He’s also the grandson of former U.S. Sen. Paul Laxalt.

And perhaps most importantly in GOP circles, he’s got ties to Trump. Laxalt worked on Trump’s reelection campaign and promoted his lies about election fraud in the state after the 2020 election. Trump in turn hosted Laxalt for a fundraiser at his Mar-a-Lago club in Palm Beach, Florida, and appeared in a campaign ad for Laxalt.

But the party’s anti-establishment base has muscled behind Brown, who was badly burned by an improvised explosive device in Afghanistan and has highlighted his personal story in his outsider crusade.

“I wasn’t born into power,” Brown declared in a recent campaign ad in which he recounted how he nearly died in Afghanistan. He then smiles, saying, “It turns out I’m hard to kill.”

Brown, to the surprise of many in the state, won the endorsement of the Nevada Republican Party at a convention vote in late April and a straw poll of the Las Vegas-area GOP at a May gathering. Recent polls have shown him closing in on Laxalt, though the state, with a transient population and many late-shift workers due to the state’s tourism and casino industry, is considered fickle for pollsters.

Though Laxalt is still considered the favorite to win, both candidates are expected to have a similar chance in November at defeating Cortez Masto, who handily won her party’s endorsement over several little-known competitors.

“I imagine that Laxalt would be a stronger candidate in the general than Brown, but I don’t think it’s a substantial difference,” said Kenneth Miller, an assistant professor of political science at the University of Nevada, Las Vegas.

That’s because Cortez Masto, the first Latina elected to the Senate and successor of the late Sen. Harry Reid, is considered one of the most vulnerable Democrats running for reelection this year.

Democrats broadly are facing headwinds this year, burdened by an unpopular president and rising costs. In Nevada, high prices for gas are acutely felt by residents of Las Vegas’ sprawling suburbs or those commuting from far-flung rural areas.

Those same factors could imperil the reelection of Democratic incumbent Gov. Steve Sisolak, who easily secured his party’s nomination and was awaiting his Republican challenger to emerge from Tuesday’s primary.

In the Nevada governor’s race, Clark County Sheriff Joe Lombardo is considered the favorite in a crowded field and has earned the coveted endorsement from Trump.

The former president notably snubbed another Republican candidate in the race, former U.S. Sen. Dean Heller, who was once a critic of Trump’s and earned a public scolding from the then-president.

Also challenging Lombardo is Joey Gilbert, a northern Nevada lawyer and former professional boxer who was outside the U.S. Capitol when it was stormed on Jan. 6, 2021. Like Brown in the Senate race, Gilbert has picked up support from the party’s base.

Trump’s false claims of fraud in the 2020 election are laced throughout some of Tuesday’s contests, including what’s normally a little-watched race for Nevada secretary of state. Republican Barbara Cegavske, who was censured by the Nevada GOP for declaring there was no fraud and defending the results as accurate, is term-limited. A crowded field of Republicans who have embraced “election integrity” concerns to varying degrees are vying to replace her.

Students for the Promotion of International Law, Government Law College, Mumbai, is organizing an Article…