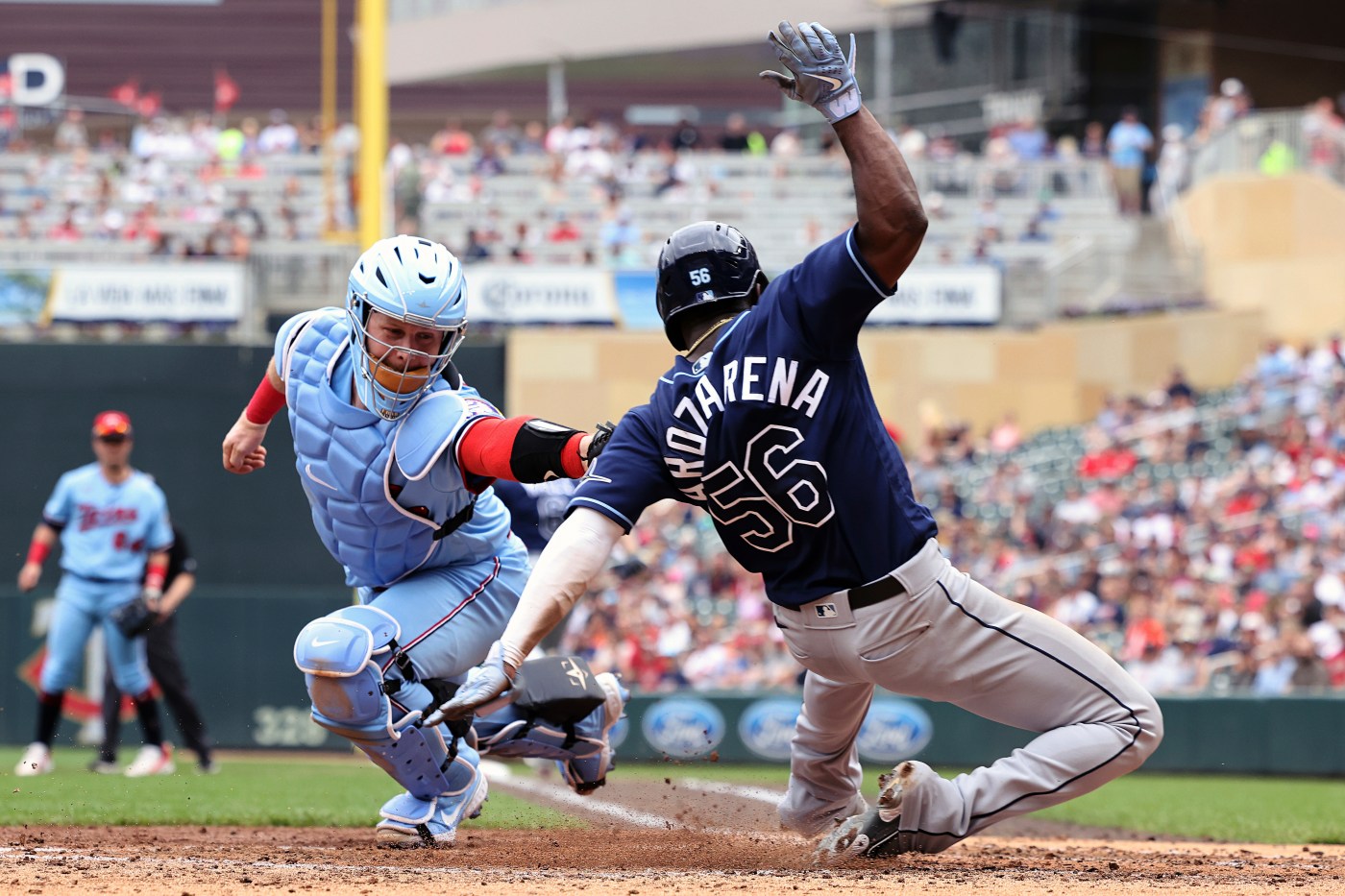 Cole Sands was his own worst enemy on Sunday.

Making his third major league start, the Twins right-hander was tagged for five runs on five hits and a walk in 4⅔ innings in a 6-0 loss to the Tampa Bay Rays at Target Field, but it wasn’t his pitching that got him into trouble early.

And he certainly didn’t get any help from the Twins’ offense, which was handcuffed by Tampa Bay left-hander Jeffrey Springs for 5⅓ innings as Minnesota fell short in its attempt to wrap up its fifth series sweep this season in front of 25,350.

Sands (0-3) wasn’t perfect, but his day could have gone better if not for a few miscues on the mound and as a defender. Only two of the Rays’ runs were scored by baserunners who reached on hits, and Sands made a costly throwing error in Tampa Bay’s two-run fourth inning.

The Rays scored their first run on a grounder up the middle by Ji-Man Choi, which Sands got a glove on but only enough to slow it down. Choi reached first easily and Brett Philips, who started the inning with a walk, scored to make it 1-0 in the third inning.

Tampa Bay added two runs in the fourth inning after Sands hit leadoff batter Randy Arozarena in the back. The Rays left fielder then stole second and moved to third after Sands fielded a grounder by Kevin Kiermaier and tried to get Arozarena at second. Instead, his throw sailed into center field and Arozarena advanced and Kermaier reached on a fielder’s choice.

Next batter Taylor Walls grounded to first against a drawn-in infield and Jose Miranda threw home to stop the run. But his throw was high and catcher Ryan Jeffers couldn’t tag Arozarena. Walls later scored on a two-out single to left by No. 9 hitter Vidal Brujan to make it 3-0 in the fourth.

Meanwhile, Springs was mowing down Twins batters. He allowed only two hits and faced 18 batters in five innings before he issued a one-out walk to Carlos Correa and was replaced by right-hander Matt Wisler. Springs (2-1) allowed just two hits and walked two while fanning five.

The Rays added two runs off Sands in the fifth. Leadoff hitter Manuel Margot started with a double and scored on a two-out double by Arozarena — who then stole third and scored on Kiermaier’s single to left to make it 5-0.

Kiermaier hit a leadoff home run off Tyler Duffey to start the eighth for a 6-0 lead.