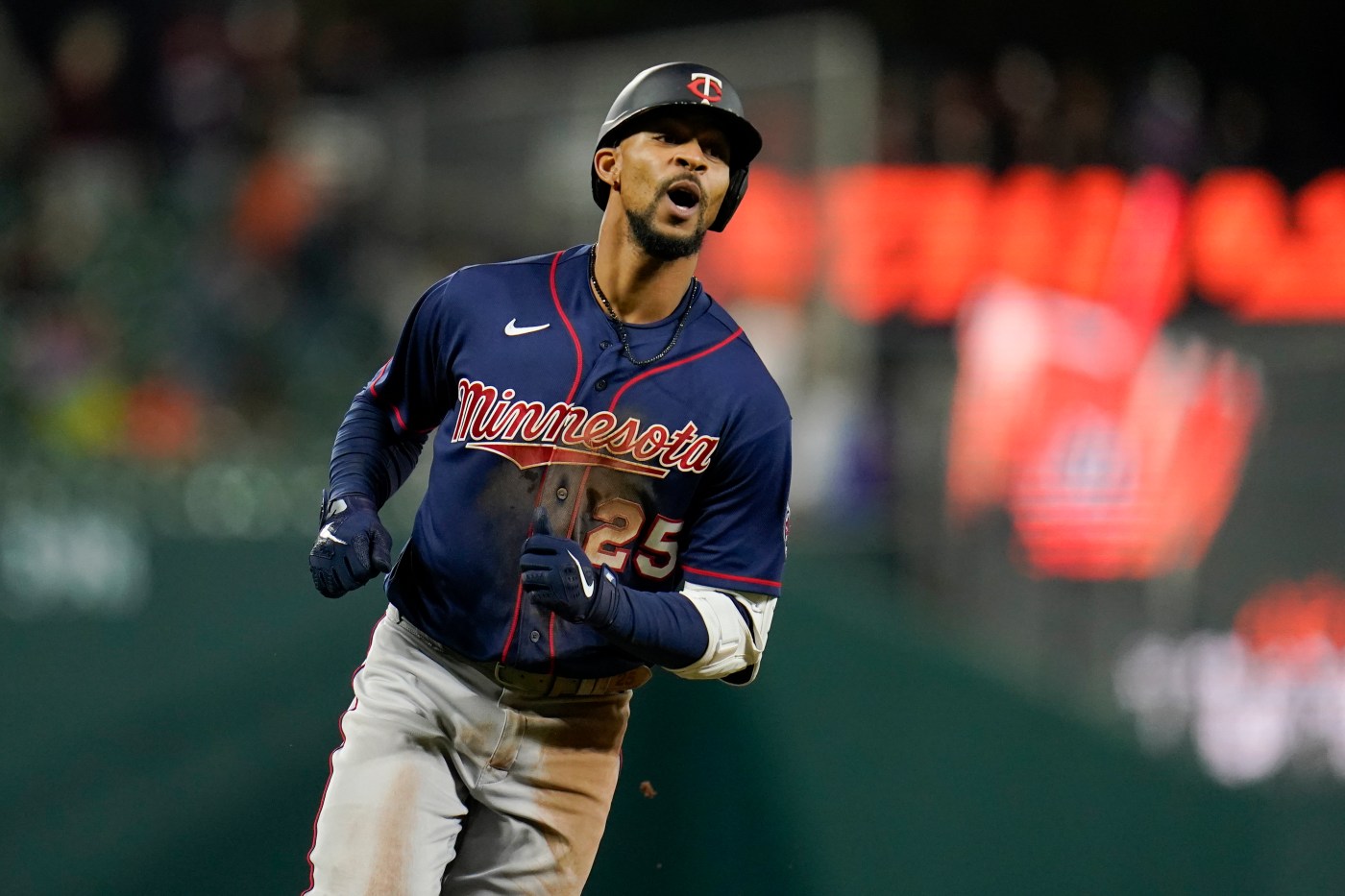 Byron Buxton was held out of the Minnesota lineup for the third consecutive game on Friday as he continues to deal with a right knee issue. It marks the first time since mid-April that Buxton has missed three or more games in a row as the Twins have worked diligently to rest him periodically to avoid long term absences.

Manager Rocco Baldelli said Buxton’s movement is still an issue, which kept him out of the lineup on Friday, but said the center fielder is “showing a lot of improvement from where he was a couple of days ago.”

The improvement allowed Buxton to throw on the field and hit in the batting cage before the opener against the Colorado Rockies, and if he recovers well from that, he could be in line to end the streak as soon as Saturday.

“Getting him lined up to play tomorrow and getting him ready for the week to come, I think, is on our mind right now,” Baldelli said Friday.

Buxton has been dealing with what Baldelli called “a severe chronic case of tendinitis which leads to severe swelling.”

Pitcher limits
Much has been made of the bind that reinstated pitcher limits have put managers in, which has forced many teams, including Minnesota, to move from 14 to 13 pitchers on its active roster.

It’s certainly been the case for the Twins as they’ve dealt with shaky bullpen performances in recent weeks, capped off by two blown leads this week to Cleveland.

But with one less pitcher, that has allowed an extra bench player, which has been a welcome luxury for Baldelli.

“We have days where it’s very challenging if you only have three bench players and one, and sometimes two of them, are questionable or not available,” Baldelli said. “It’s a little scary going into some of those games because you have an injury and then you’re one issue away from a pitcher having to go in. No one wants to be in that situation.”

It’s certainly been the case during Buxton’s latest absence. The team has been more comfortable keeping Buxton off the injured list because they have that extra spot to play with. And Baldelli said it could be a feather in the cap for players later in the season too that the team previously felt needed to go to the injured list to ensure they had enough active players ready in case they needed them.

Still, Baldelli admitted it’s still only “slightly helpful,” especially during stretches of the season like the team is in now, with 11 games in 10 days. For that reason, it’s likely Baldelli will have to trust his relievers to get out of jams more frequently.

“We can’t be running out there every seventh inning because a guy doesn’t look good in the first two hitters right now,” Baldelli said. “We just can’t make that work. We can’t use six pitchers in three innings to win games. We know that.”

Exhibit A: the Twins’ use of Joe Smith during Thursday’s 1-0 win over Cleveland. Smith quickly loaded the bases without registering an out, but was left to finish the inning and forced two fielder’s choice plays to home plate before ending the inning on a flyout.

Polanco progressing
Jorge Polanco (low back tightness) resumed baseball activities on Friday, signaling he’s closer to a potential reactivation from the injured list. The team is eying a return on Monday or Tuesday, Baldelli said.

“That’s what we’re aiming for. We’ll see how the baseball on-field stuff goes over the next day or two,” Baldelli said.
Polanco has missed the last 10 games and was eligible to be activated from the injured list on Thursday but has remained on the list as the injury has persisted.