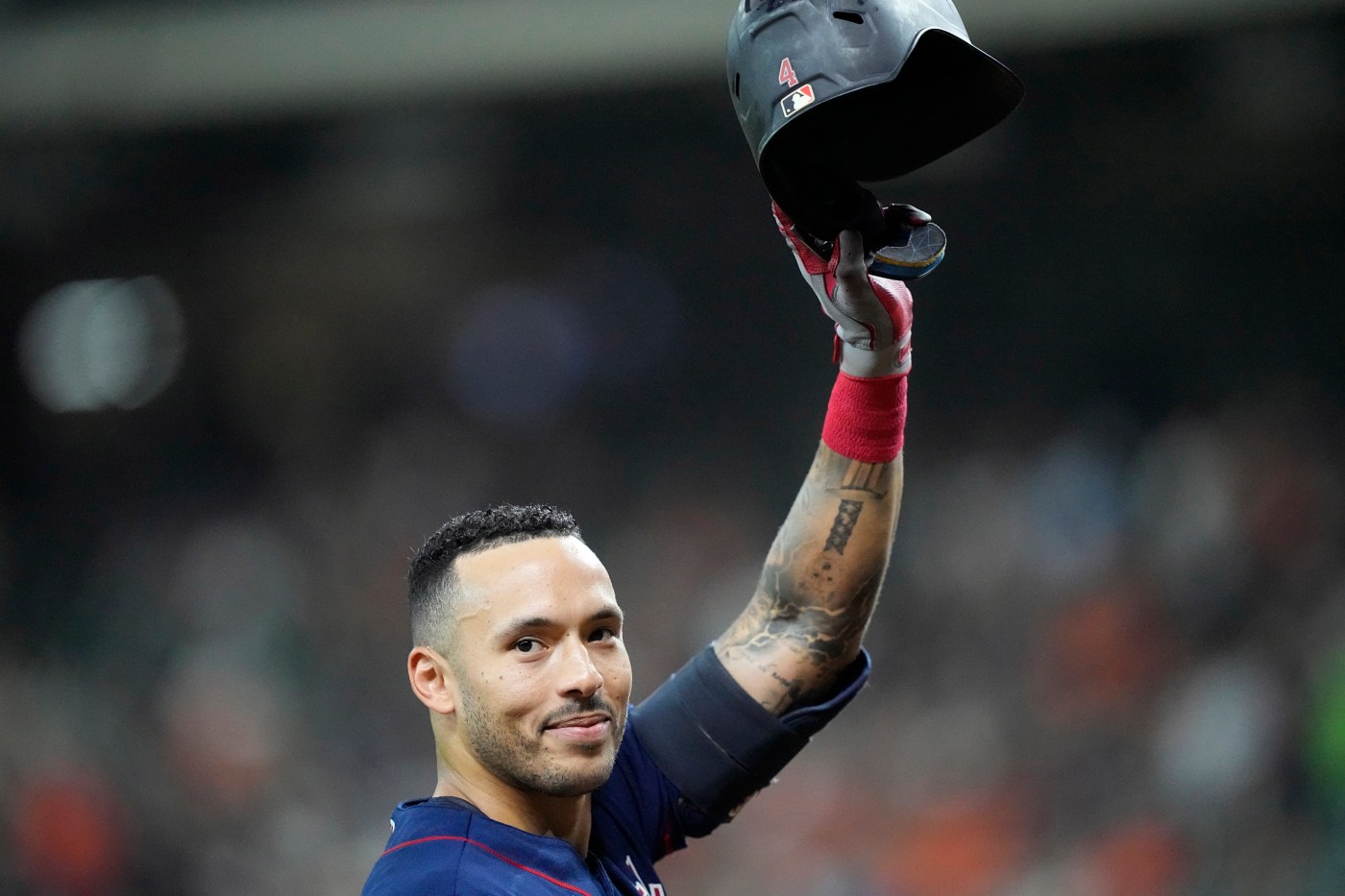 HOUSTON — Carlos Correa was an essential figure in the Houston Astros’ rebuild, the organization’s future hopes of success resting heavily in part on the shoulders of the 17-year-old whom they selected with the first overall pick in the 2012 draft.

That teenager grew into a leader, one who became a core member of a team that has become a mainstay in playoffs over the past half decade, reaching the American League Championship Series five times, the World Series three times and winning it once.

Though he departed in free agency and signed a three-year, $105.3 million deal with the Twins this offseason, Correa is forever etched into Astros history, and as such, he received a warm welcome during his first trip back to Minute Maid Park on Tuesday.

Correa watched a tribute video that spanned his career with the Astros from the top step of the third base dugout before receiving his 2021 ALCS ring from manager Dusty Baker and longtime friend and teammate Lance McCullers Jr. at home plate.

He stood for the national anthem in the shallow outfield alongside former teammate Alex Bregman and before his first at-bat, Astros catcher Martín Maldonado stepped in front of home plate, allowing time for Correa to receive a lengthy ovation from the crowd, during which he tipped his hat to the Astros’ dugout and the fans.

It’s a matchup Correa has been anticipating since leaving, and though the Twins played the Astros in May, this series marked the first time Correa had faced his former teammates, as he was on the injured list with a finger injury during the first meeting.

“I was definitely looking forward to it,” he said of his return. “I have a great relationship with the guys in the clubhouse here in Houston. That’s never going to change because I play for another team. I talk to them pretty much every day. We text a lot. We talk hitting. We talk the game. We talk about our families a lot of time. The relationships we built go way past just the baseball field.”

Correa’s decorated career in Houston saw him win a Rookie of the Year Award, become a two-time All-Star, a Gold Glover and an MVP-caliber player, in addition to helping lead the Astros to a World Series ring in 2017.

Asked about a potential return to the Astros someday, Correa affirmed his dedication to his new home and his desire to help the Twins reached the levels he reached while in Houston.

“I’m with the Twins right now, and the goal is to build something special with the organization and hopefully be here long term with the Twins,” said Correa, who can opt out of his contract after this season if he chooses. “Right now, I see myself playing with the Twins for a long time.”