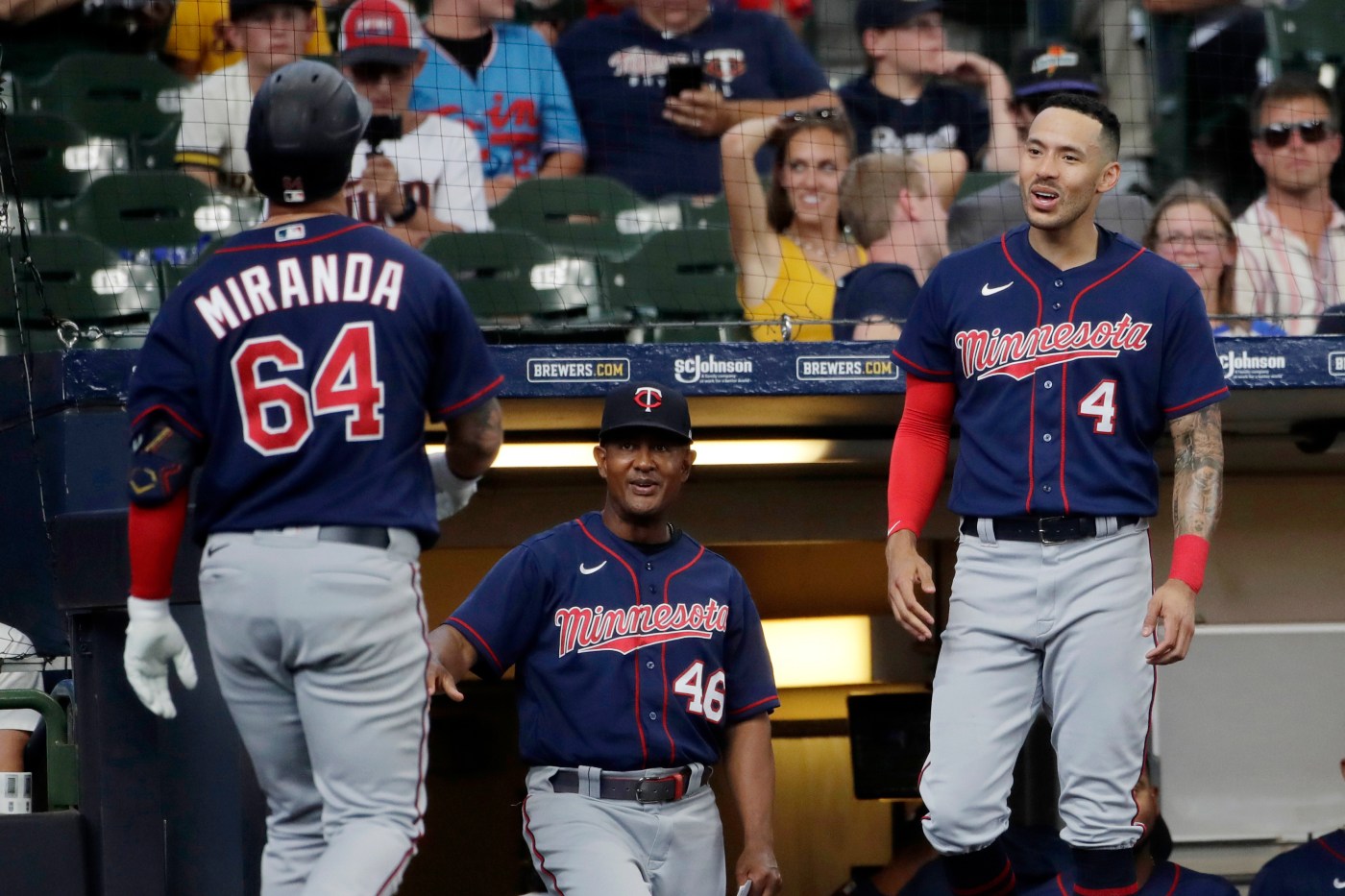 Jose Miranda describes Carlos Correa as a big brother, always there with a word of advice. Correa takes it one step further.

No matter how they want to define their relationship, one thing is clear: The two Twins infielders have developed a strong bond this season, with Correa becoming one of the rookie’s biggest advocates.

In the days before the trade deadline, Correa, 27, spent his time trying to get the message across to Twins decision-makers that Miranda, 24, who is hitting .286 with a .805 OPS and 12 home runs in 79 games this season, should be untouchable because he is a big part of the organization’s future. As Eduardo Pérez assembles Puerto Rico’s World Baseball Classic team, Correa, once again went to bat for Miranda, telling Pérez that the infielder needed to be in the lineup.

Correa’s interest in Miranda is born out of his desire to see Miranda, a fellow Puerto Rican, be great — and the strong conviction that he can be, if he has the right resources. The two didn’t know each other before this season, though Miranda did play on a team back in Puerto Rico with Correa’s younger brother, J.C. Correa.

“We don’t get many Puerto Rican players in the big leagues that become successful, become superstars, and I want him to become one of those,” Correa said. “I want him to be a special player for a long time, so I just want him to have the right information that I didn’t have when I was his age, that I wish I had. I want to give it to him and for him to use it.”

What kind of information?

Some of it is approach at the plate, some of it is how to craft a sustainable routine, some is feeding him what might be a hard truth.

About a month and a half ago, when he noticed Miranda had added a few pounds, Correa said he “called him out on it,” telling him that he is more valuable to the team if he can play both first and third base, and if he put on too much weight, third base might be out of the equation.

“I told him, ‘You’ve got go get on a diet. You’ve got to work out. You’ve got to get on a routine,’ and right away he did that,” Correa said. “He’s lost like nine, 10 pounds already and you can see him. He looks really fit. He looks very strong. He’s been swinging it great. I want him not to just be a good player, I want him to be a great player.”

Miranda, who was the Twins’ minor-league player of the year last season, was called up on May 2. But the start to his career was anything but smooth. In his first 19 games in the big leagues, Miranda hit .164 with a .484 OPS, earning himself a demotion to Triple-A. But the very next day, Miranda was recalled after Royce Lewis landed on the injured list. From that point on, he has hit .325 with a .908 OPS and 67 hits in 60 games.

When things weren’t going well, Correa was in his ear, offering words of encouragement. During that time period, Miranda said Correa was telling him to slow the game down and keep the trust in himself.

“He just tells me I remind him when he was a rookie in the league and he was coming up,” Miranda said. “He’s like, ‘Man, I want you to do good, you’ve got good talent, I feel like you can have a really good career,’ so he’s always giving me advice, helping me out. … He wants me to work hard every day, do my best out there, which I mean I like that from him. He’s always pushing me to be better.”

That’s also when Miranda started going to Correa’s hotel room while on road trips, where Miranda said they would talk for hours about hitting and watch videos from a season ago to assess what Miranda was doing differently.

At least once a road trip, Miranda said, they still do this. Sometimes, others — like Jorge Polanco, Nick Gordon and Gary Sánchez — join them. Sometimes, it’s just the two of them.

“When you see them talking, having baseball conversations, going out of their way to find each other, whether it be on the plane or anywhere else, and work through things as teammates, I think they have a mutual respect for each other,” manager Rocco Baldelli said. “… One guy has a ton of experience and ability and a young player who I think Carlos always believes does a lot of things right. In addition to having the ability and showing it and playing so well, he has a desire to be excellent at what he does. You add all of that together and it’s a perfect place for two guys to forge a relationship.”