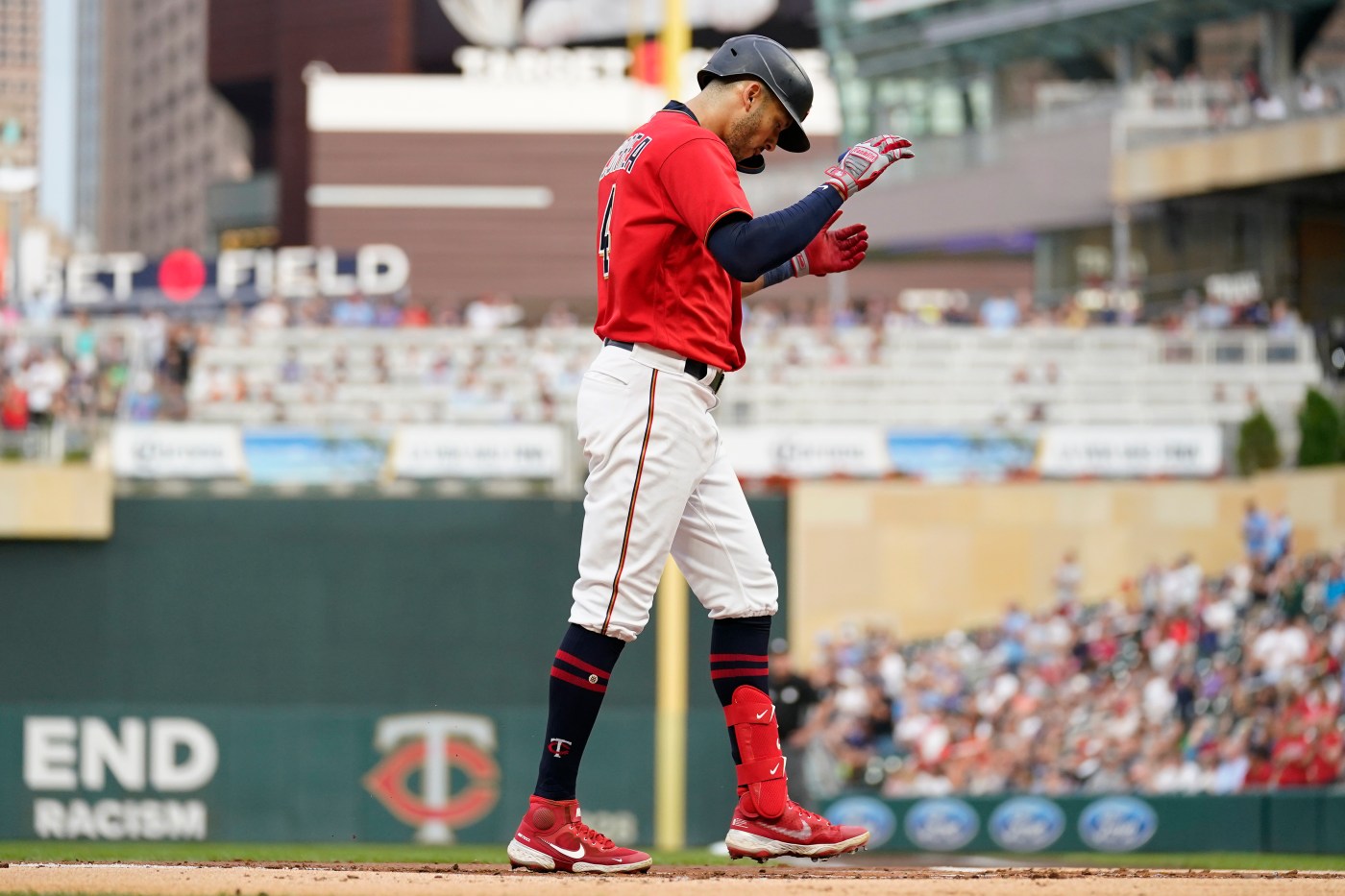 Ahead of the series opener against the San Francisco Giants, Minnesota Twins manager Rocco Baldelli was ready to move on from the team’s offensive struggles from the last week.

“We want to settle in and start playing some good baseball again,” he said.

He hoped the return back to Target Field would do it. Two batters into Friday’s game, he got his wish.

Carlos Correa hit a two-run first-inning home run which set the tone in a 9-0 bounce-back win for the Minnesota Twins over the Giants at Target Field, snapping a six-game losing streak in the process.

After Kyle Garlick was hit by a pitch to open the bottom of the first inning, Correa’s 390-foot line drive over the left-field fence quickly gave Minnesota (63-61) the lead over San Francisco (61-63).

Ryan was able to hold the lead in the second inning after runners reached second and third base with one out. He forced Mike Yastrzemski to pop out to first base and Joey Bart to fly out to left field.

Then in the third inning, the clutch situational offense that was missing too frequently in Houston finally returned. Sandy León, Garlick and Correa each singled to load the bases with no outs. Jose Miranda scored one with a sacrifice fly to left field. After Gio Urshela struck out for the second out of the inning, the bases were reloaded later after Jorge Polanco was hit by a pitch. That’s when Gilberto Celestino hit a bases-clearing double off the wall in right center, and Gary Sánchez followed it with a two-run home run to right field to extend the lead to 8-0. That knocked Giants starter Alex Wood out of the game.

Ryan was able to work out of another jam in the sixth, walking Tommy La Stella and hitting Wilmer Flores to open the inning before forcing Joc Pederson to line out and striking out the next two batters. Ryan allowed just two hits and three walks over his six innings of work, while striking out eight. He threw 107 pitches. It’s Ryan’s first scoreless outing since a seven-inning, one-hit shutout against Detroit on April 27.

The nine-run performance outpaced Minnesota’s entire offensive output against the Astros, in which they scored eight runs over three games. It was the first time the team scored more than three runs in a game since Aug. 17.

The Twins added one final run in the eighth inning, with Garlick hitting a solo home run off of Austin Wynns, the Giants backup catcher. It was Garlick’s ninth home run of the season and capped off a strong return from the injured list. Garlick went 3-for-4, adding a pair of singles with his solo shot after being activated from the injured list earlier in the day.

Friday’s game was the first time since 2005 that the Giants played in Minnesota. It featured several Minnesota connections. Former Twins reliever Zack Littell replaced Wood in the fourth inning and pitched one inning in relief. Littell pitched in Minnesota from 2018-20. And Tyler Rogers, brother of former Twins reliever Taylor Rogers who was traded in the offseason to the San Diego Padres, replaced Littell. He pitched two scoreless innings in relief.