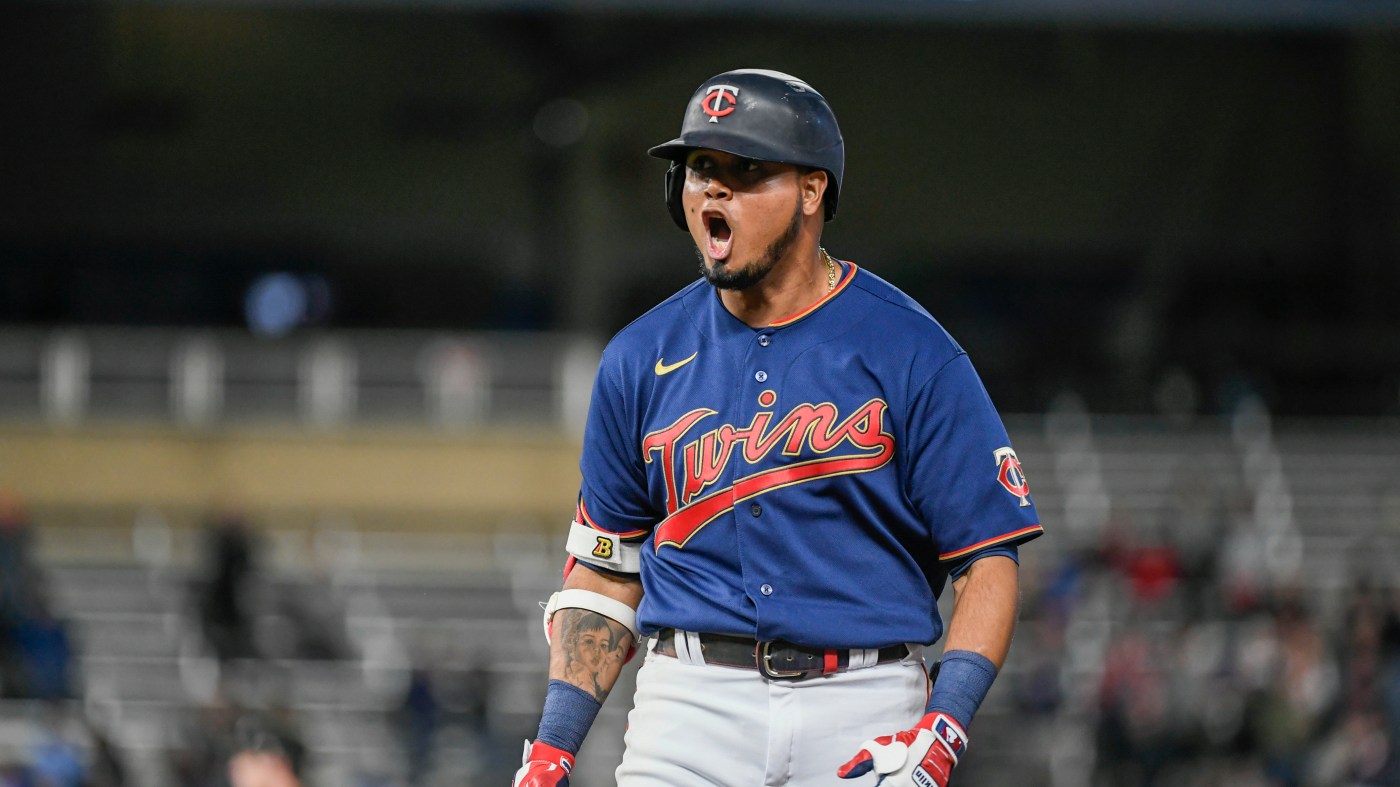 SEATTLE —  Luis Arraez has been a fan of Ichiro Suzuki for years. Tuesday, Arraez found out that the Seattle Mariners legend is a big fan of his, too.

In conversation with the future hall of famer, television announcer Dick Bremer found out about Suzuki’s admiration for the Twins’ infielder. He passed that along to Arraez, and about a half hour later, the two met during batting practice.

“It was amazing,” Arraez said. “I’ve wanted to meet Ichiro for a long time. He’s an amazing guy. He was one of the best hitters in the major leagues.”

Suzuki, a career .311 hitter over the course of his 19-year MLB career, collected more than 200 hits in 10 seasons on his way to 3,089. Before coming to the United States, he collected 1,278 hits while playing in Japan, giving him more than 4,000 total in his 28-year professional career. Suzuki played two games in 2019 when the Mariners opened their season in Japan before retiring.

These days, it’s Arraez who is one of the league’s top hitters. He entered the day hitting .362 with a .444 on-base percentage. Both numbers lead the major leagues.

.@dbremer_pxp asked Ichiro who his favorite current left-handed batter is.

“Ichiro had skills upon skills and he was doing things, again, kind of creating his own mold in the way that he did it. Luis’s kind of like that now,” Twins manager Rocco Baldelli said. “We’re not comparing players right now in this conversation, but Luis has his own style as well, and I think the longer he continues to go out there and perform the way he is, the more I think the league and baseball fans everywhere will take a lot of notice of what Luis can do.”

“I didn’t know he thought about me,” Arraez said. “I’m excited because I know I’m a hitter, but like him? I don’t think so. Ichiro was a really good hitter.”

Now serving as a special assistant to the Mariners’ chairman, Suzuki was out shagging balls during batting practice, and Arraez marveled at how game-ready the 48-year-old still looked.

The two chatted briefly before parting ways, the interaction clearly making a big impression on Arraez.

“He said, ‘You’re Bueno, man! You’re Bueno,’” Arraez said. “I said, ‘Thank you, man. I appreciate you.’ It’s amazing. He was an amazing hitter. He could still play. I watched him play catch in right field and he took a lot of fly balls there, like normal. I think he could play baseball again.”

Meeting Suzuki wasn’t the only exciting part of Arraez’s day.

The infielder was part of a group — which also included Jose Miranda, Nick Gordon and Jovani Moran — who headed down to Pike Place Market on Tuesday morning. As a group of onlookers assembled, the players took their turn catching flying fish, a market tradition.

All three infielders successfully caught the fish that came flying in their direction. Moran, after watching his teammates do so, said there was a little bit of pressure on him.

It took him two attempts to catch a fish, and his teammates sure let him hear about it.

Byron Buxton served as the Twins’ designated hitter for the second consecutive day on Tuesday. Baldelli said that that was a sign that Buxton’s knee was feeling good — initially the Twins had targeted Tuesday as a potential day off for him. … Jorge Polanco (back) was out of the lineup again as he continues to deal with back tightness. Baldelli said his condition had neither worsened nor shown as much improvement as the Twins would have hoped. Baldelli said the plan was to get imaging done on his back.