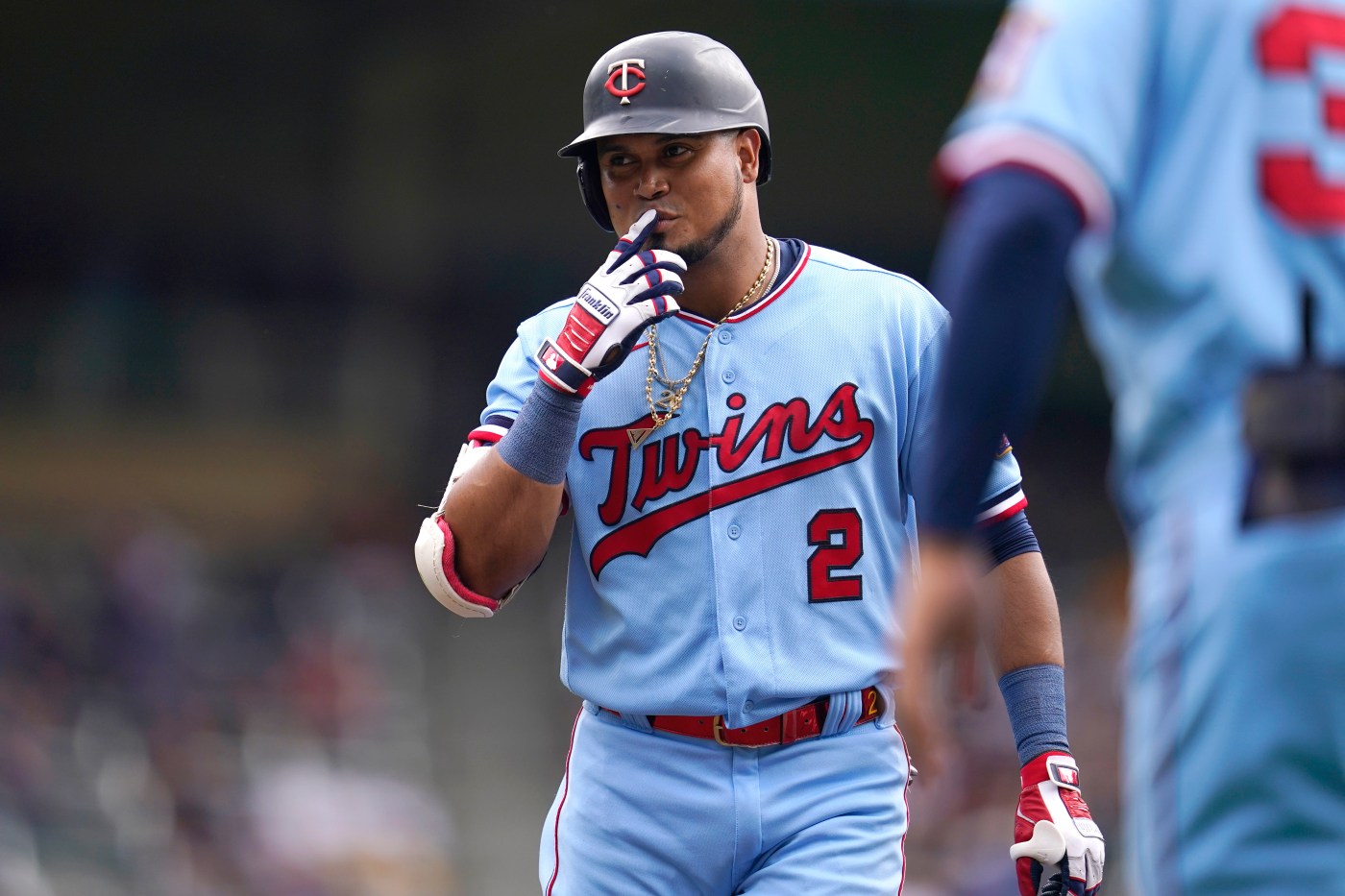 CLEVELAND — Amid a historic season that has him approaching the American League single-season home run record, Yankees slugger Aaron Judge has emerged as a threat to win the first Triple Crown since Miguel Cabrera in 2012.

Doing so would put him in rarified air — Mickey Mantle, Ted Williams, Lou Gehrig and Ty Cobb are among those who accomplished the feat.

But there’s someone in the Twins’ clubhouse currently standing in his way: Luis Arraez.

Judge seemingly has two of the three categories all but wrapped up. With 59 so far, he entered the day with a 22-home run lead over Houston’s Yordan Álvarez. He has 127 RBIs to Cleveland’s José Ramírez’s 113.

And now he’s making a play for a batting title.

He has crept up lately on Arraez, who has spent most of the season with the highest batting average in the American League. After Monday’s play, Arraez is hitting .317 to Judge’s .316. Like Arraez, Boston’s Xander Bogaerts, who is hitting .316, poses a threat to Judge’s hopes, too.

“You don’t want to get in between Aaron Judge and probably anything in this world,” Twins manager Rocco Baldelli said of the Yankees’ 6-foot-7, 282-pound outfielder, “but I do think it’s a pretty wonderful visual when someone pastes it all together on the internet to have Luis Arraez standing in between him and the Triple Crown. That would be a pretty funny imagine if someone does it the right way.”

All joking aside, Arraez could be the only thing standing between Judge and history when the season is over.

While Arraez has seen his average slide a bit recently — he has hit .284 in the second half of this season — Judge has made a push, batting .374 since the all-star break. Though Bogaerts has passed him at times during the second half, Judge has never been so close to him in the race.

“Luis ultimately cares about winning,” Baldelli said. “That’s the most important thing to him more than anything else, but if there is a second thing, I think winning a battle title would be important to him. He takes a lot of pride in what he does and the work that he puts in. My money’s on Luis.”

In the midst of a 11-4 loss to Cleveland on Monday, Twins rookie Ronny Henriquez was called upon for an extended outing after starting pitcher Sonny Gray was forced out of the game early with hamstring tightness.

Henriquez, who has both started and pitched in relief at Triple-A St. Paul this season, tossed four innings in his debut, giving up three runs on four hits. Those three runs came in the sixth inning on an Amed Rosario home run.

“Ronny came out there and competed very well,” Baldelli said. “His offspeed looked excellent. He can pitch with that slider and with that changeup very, very well, and he’s almost mixing in the 94- and the 95(-mph fastballs). But he’s got a good, fast arm. He showed some composure. I really liked what I saw.”

The Texas Rangers claimed pitcher Drew Strotman off waivers. Strotman was part of the return from the Tampa Bay Rays in the trade for designated hitter Nelson Cruz, along with starting pitcher Joe Ryan.