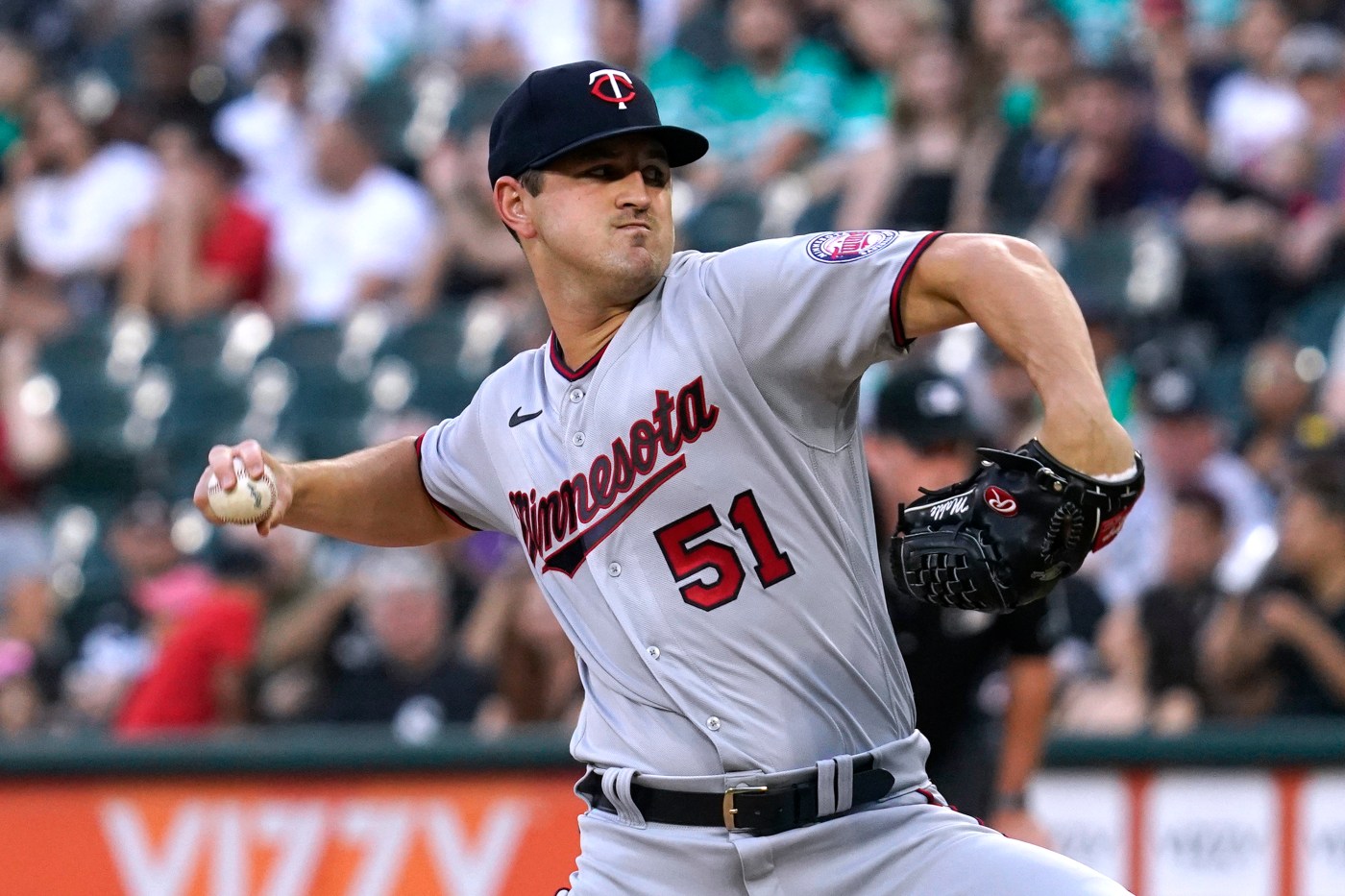 The Twins started Sunday on a three-game losing streak but only one game behind Cleveland in the American League Central.

Mahle on Saturday made his first start since leaving an Aug. 17 game in the third inning because his velocity was down substantially. The Twins called it shoulder inflammation and put him on the 15-day injured list and were convinced he was ready to return after Mahle threw a bullpen session and pitched to some live batters.

But the same thing happened on Saturday, and Mahle (6-8) left after surrendering four earned runs on five hits in two innings, including Eloy Jimenez’s three-run homer in the first. The official diagnosis on Sunday was right shoulder inflammation.

“Tough news but there was no way around (the injured list),” Baldelli said. “It was something that we knew we were going to have to do based on what was going on.”

Chris Archer is scheduled to pitch Monday’s noon start at Yankee Stadium, and Joe Ryan is set for Tuesday night’s game. After that, however, the probables are Sonny Gray, who left Friday night’s start here with a tight hamstring, and Mahle.

Manager Rocco Baldelli said the Twins are working through the potential combinations.

“We have a plan,” he said Sunday. “We’re not going to lay the entire plan out right now.”

Some of that is because the Twins simply don’t know who will be available.

Gray is scheduled to throw a bullpen session on Monday in New York, which should clear up whether he’ll be available for a scheduled start on Wednesday. Aaron Sanchez, who threw five innings in relief of Mahle on Saturday, could take Mahle’s scheduled start on Thursday, but the Twins also have right-handers Josh Winder and Bailey Ober out of rehab assignments.

Asked if those two are in the potential mix, Baldelli demurred.

“We might move some guys around and try to find some ways to make the rotation work over the next week and make some adjustments,” he said, “but the specifics of that, we’re going to hold off.”

To take Mahle’s spot on the 28-man active roster, the Twins brought back left-hander Jovani Moran, who was officially optioned back to Class AAA St. Paul on Saturday to clear space for Mahle.