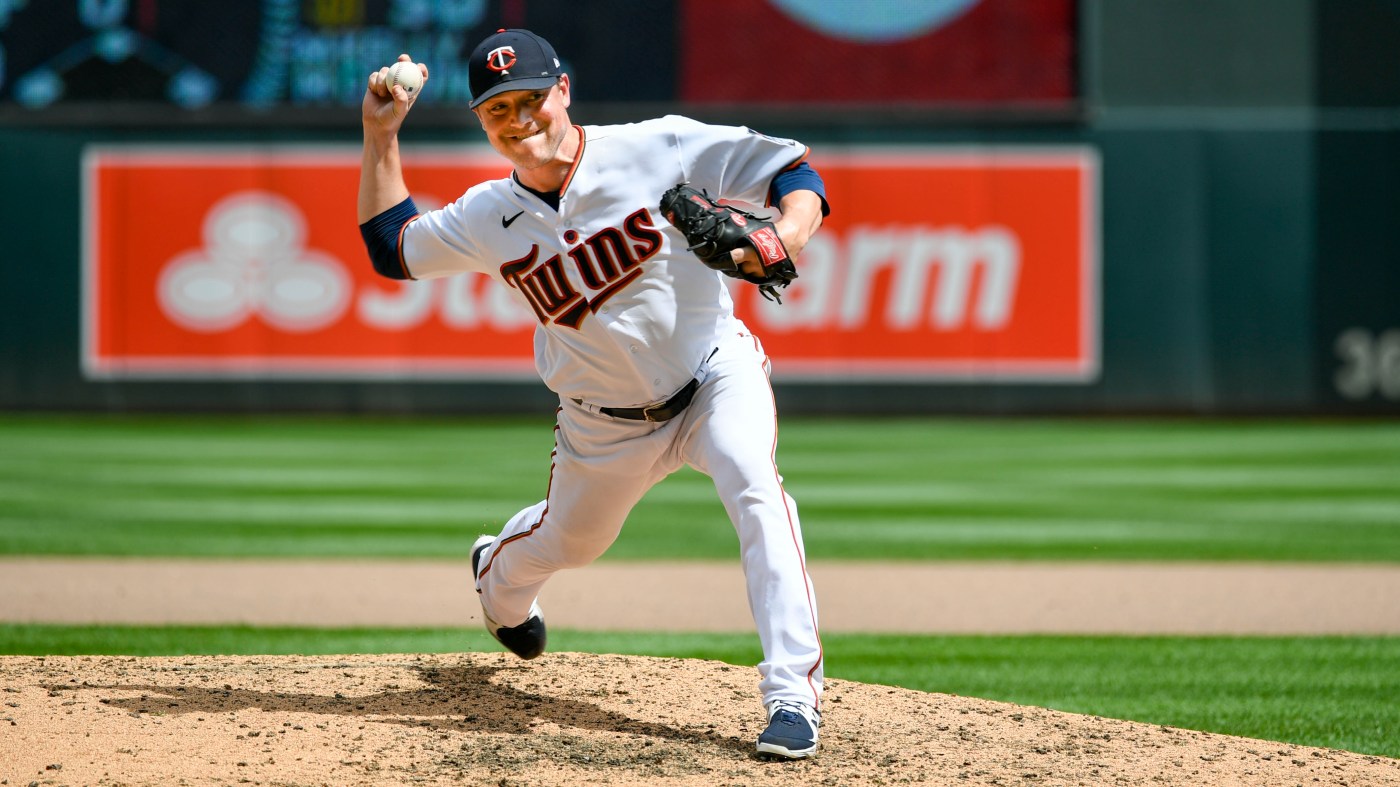 The Twins’ shuffling of the 40-man roster to accommodate Tuesday’s deadline acquisitions spelled the end of Joe Smith’s days in Minnesota.

A 15-year veteran who signed a one-year, $2.5 million deal on March 21, Smith was designated for assignment after Tuesday’s 5-3 loss to Detroit at Target Field.

“It was certainly a difficult thing because he is certainly a beloved member of this group,” manager Rocco Baldelli said before Wednesday’s series finale against the Tigers. “There are a lot of people here who will hold him very close forever. Not every guy has an impact like that.”

Smith, 38, was 1-1 with a 4.68 earned-run average in 27⅓ innings pitched this season but had been struggling of late. He didn’t allow an earned run until his 17th appearance of the season (13⅔ innings) but his ERA ballooned to 9.22 over his last 13⅔ innings, which included 24 hits, seven walks and seven home runs.

He pitched a scoreless ninth for the Twins on Tuesday.

The Twins on Tuesday added Baltimore closer Jorge Lopez and Detroit’s Michael Fulmer, who pitched exclusively in late-inning situations for the Tigers this season. They also activated left-hander Caleb Thielbar from the injury list on Wednesday.

“Having all of those different options gives you places you can go,” Baldelli said.
“You don’t end up sitting there and saying, ‘You know, we have to pitch these four guys today no matter what.’

Center fielder Byron Buxton, who missed the Twins’ past two games and had his sore right knee looked over thoroughly by trainers on Tuesday, was back in the lineup as the designated hitter on Wednesday. … The Twins selected the contract of veteran catcher Sandy Leon, acquired at the deadline on Tuesday. He played eight games with Cleveland this season. To make room on the active roster, Caleb Hamilton was optioned to Class AAA St. Paul.