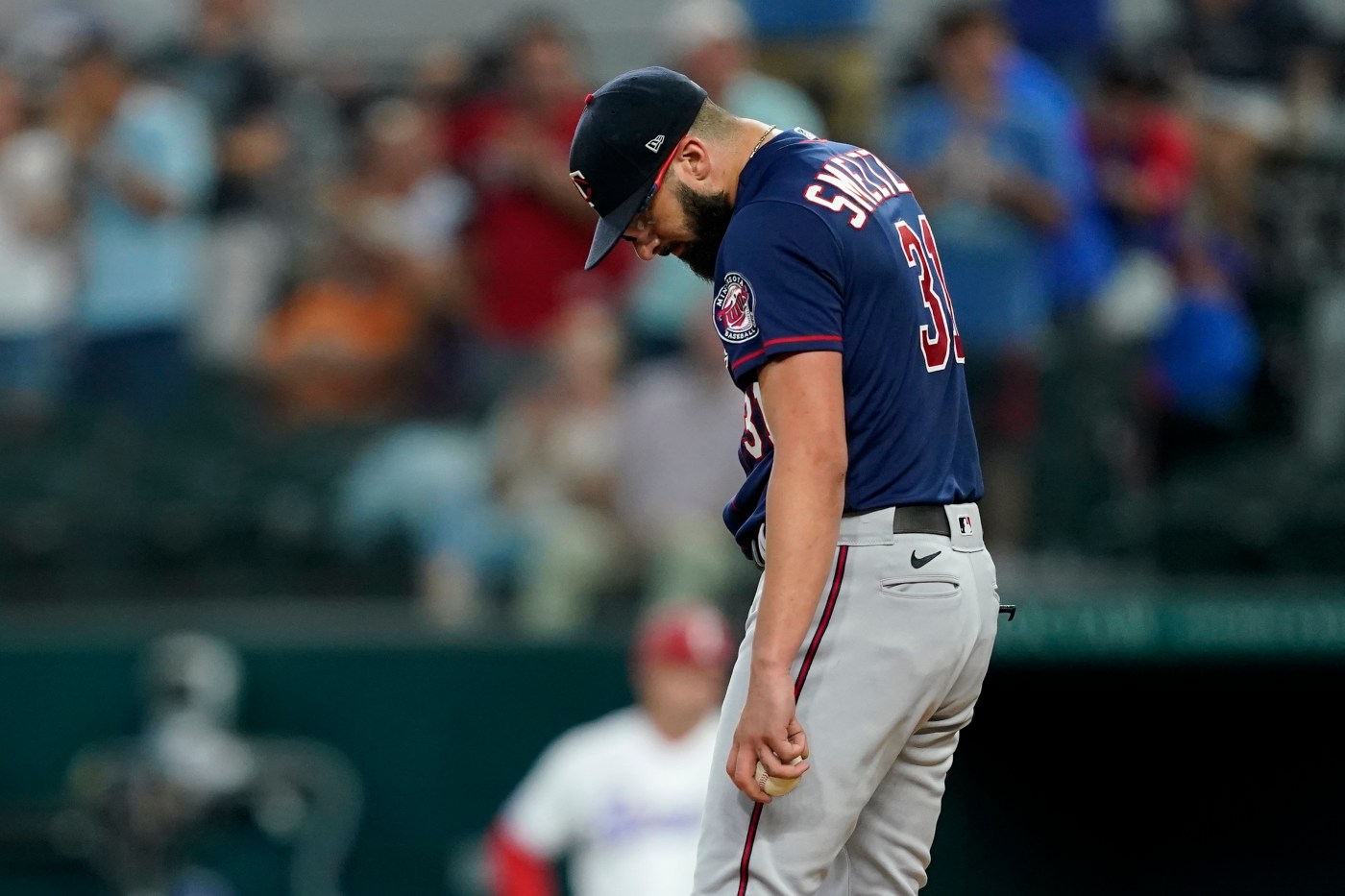 ARLINGTON, Texas — Marcus Semien hit a tiebreaking RBI triple in the eighth inning after earlier being part of back-to-back homers with Corey Seager for the first time, and the Texas Rangers beat the AL Central-leading Minnesota Twins 9-7 on Saturday.

Semien’s three-run homer in the fourth tied the game at 6-6, and Seager followed with a go-ahead shot that chased Twins starter Devin Smeltzer. That was two innings after a three-run homer by Kole Calhoun, another offseason addition for the Rangers.

It was the sixth time this season Texas had back-to-back homers, but the first for the middle infielders the Rangers committed a half-billion dollars to in free agency last December.

Minnesota tied the game at 7-7 on Gilberto Celestino’s RBI groundout in the eighth. After Leody Taveras opened the bottom inning with a single off Jhoan Duran (0-3) and advanced on a sacrifice bunt by Josh Smith, Semien hit a sharp liner that dropped and skipped past left fielder Nick Gordon to the wall. Former Twins catcher Mitch Garver drove Semien home with a single.

Matt Moore (4-2) retired the only batter he faced. Brett Martin worked a perfect ninth for his second career save after getting his first in the series opener.

Texas starter Martín Pérez, a potential first-time All-Star on Sunday, overcame taking a comebacker off his lower left leg and later a six-run outburst by the Twins to remain unbeaten in his last 15 starts. The left-hander, back in Texas this season after three seasons away, struck out five, walked one and exited after six innings with a 7-6 lead.

Seager, the shortstop who signed a $325 million, 10-year deal with Texas, homered for the third time in four games and has 18 this season. Second baseman Semien, who got a $175 million, seven-year contract, went deep for the fourth time in 10 games and has 11 homers overall.

Both of those homers came after the Twins went ahead 6-3 in the top of the fourth. Miranda had a three-run homer, Sánchez hit a two-run shot and Byron Buxton had an RBI double on a ball that ricocheted off the top of the wall in right field.

It was 105 degrees outside when the game started, but more than 30 degrees cooler inside under the closed retractable roof. The game-time temperature Friday night was 104, and it’s supposed to be over 100 again Sunday for another day game. … Minnesota has blown multi-run leads in both games at Texas after leading five different times in their extra-inning loss at the White Sox on Wednesday.

Twins: Buxton was the DH a day after crashing into the outfield wall making a tremendous catch. The center fielder also appeared to jam his hand on a headfirst slide into third base in the series opener.

Rangers: Reliever Matt Bush (right forearm tightness) said he felt good Saturday, a day after throwing live BP. The right-hander could be activated as early as Sunday after not pitching since June 24.

Twins right-hander Dylan Bundy (4-4, 4.50 ERA) struck out 12 batters when he last faced the Rangers in Texas in September. Texas right-hander Dane Dunning (1-6, 4.15) is the only MLB pitcher with at least seven quality starts and no more than one win.