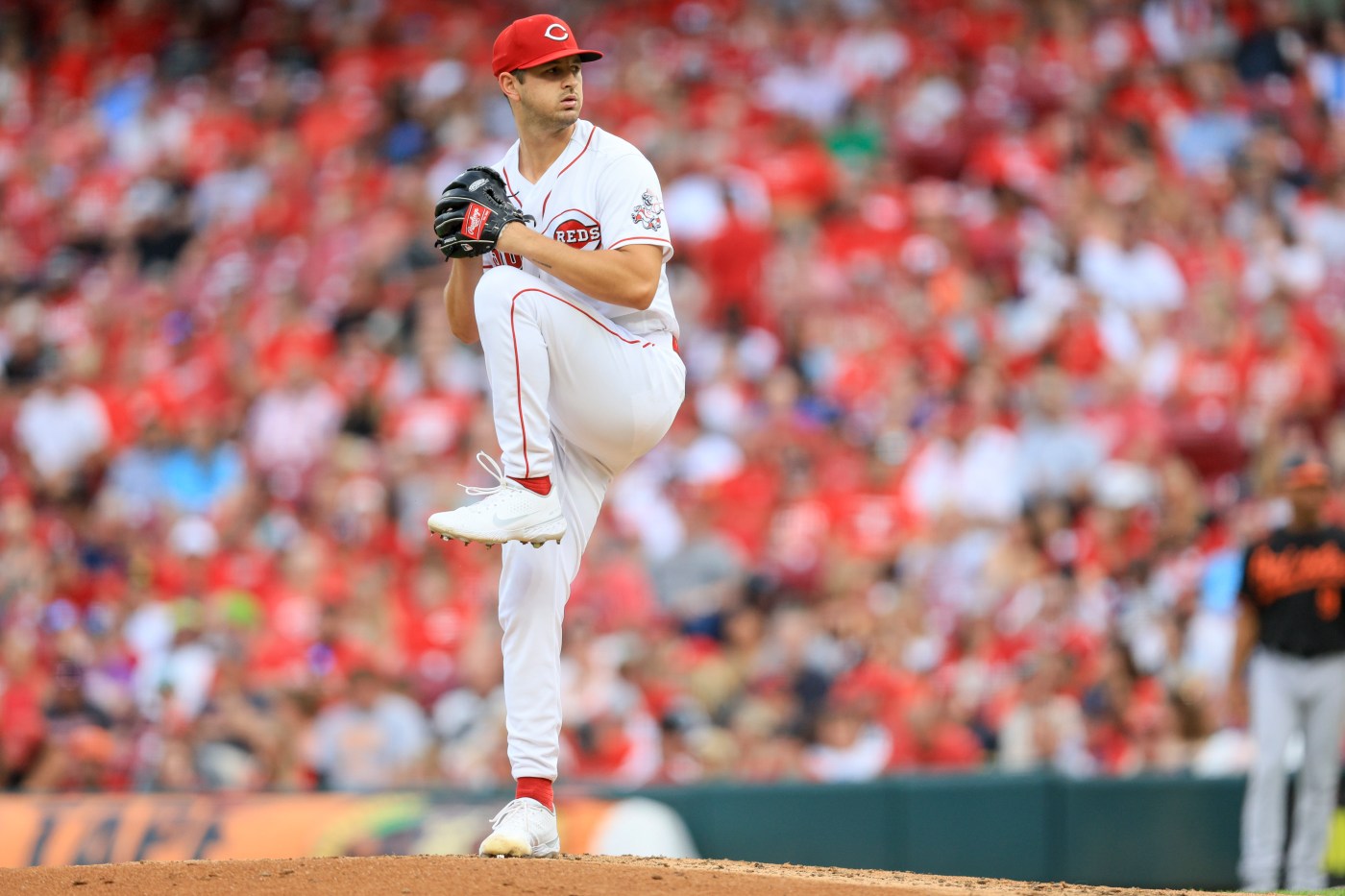 Tyler Mahle knew before the lockout that it was possible a trade was on the horizon.

The Cincinnati Reds had already made clear their intentions of a teardown, slashing their payroll in the process: veteran catcher Tucker Barnhart was dealt before the lockout, starter Wade Miley was waived and outfielder Nick Castellanos was on his way out in free agency.

After the lockout ended, the Reds dealt veteran pitcher Sonny Gray to the Twins and outfielder Jesse Winker and infielder Eugenio Suárez to Seattle. The selloff continued at the trade deadline, and so when Mahle was dealt to Minnesota, he described himself as “a little shocked, even though I kind of knew I was getting traded.”

The veteran right-hander arrived Wednesday, threw a bullpen and is scheduled to make his Twins debut Friday night at Target Field against the Blue Jays.

“I kept in the loop, you know, on who was trying to trade for me and everything,” he said. “I knew this was a real possibility and probably the highest possibility, so I’ve been prepared for that for a while.”

Still, Mahle was kind of nervous about leaving the only organization he had ever known.

“As soon as I landed, I kind of felt like this was where I needed to be,” Mahle said. “I texted my wife and everything. I was like, ‘I think you’re going to like it here.’ We’re excited.”

Somewhat easing the transition amid a flurry of introductions and a sea of new faces is the fact that he is reunited with Gray, his teammate in Cincinnati for three seasons.

When Gray walked into the clubhouse and Mahle spotted him, Mahle said he “couldn’t stop smiling.”

The pain Max Kepler is feeling in his right pinky toe, one which was fractured when it was hit by a pitch on July 24 in Detroit, has gone from “not very bearable” to “manageable,” over the course of the last week or so, the outfielder said, leading to hopes that he could return from the injured list in the near future.

“I’ve never fractured anything in my life, so to me, it was a little shocking,” Kepler said. “The pain that I was dealing with for the first week was not very bearable for me personally but … it’s not going to heal until the season’s over so I’m going to have to deal with it and play through it.”

Kepler said the swelling in his toe has subsided and he’s been running every second day, and hitting, throwing and lifting. He also went out to the outfield Wednesday for some activity and reported feeling fine afterward.

As for a return, both Kepler and manager Rocco Baldelli used the word “soon,” and Baldelli suggested there was a possibility that the right fielder might return sometime this weekend.

Gilberto Celestino returned from the paternity list on Thursday. He and his wife, Lia, welcomed their first child, Gilberto, on Tuesday. … To make room on the roster for Celestino, the Twins placed outfielder Kyle Garlick on the injured list. Baldelli described Garlick’s injury as a cartilage fracture in his rib area, which he suffered in San Diego crashing into the wall as he tried to chase down a home run. While Baldelli said he does not have a timeline for Garlick’s return, he noted that team trainers made it sound as if it would not be a long-term issue. … Former Twin José Berríos will be on the mound for the Blue Jays on Friday.