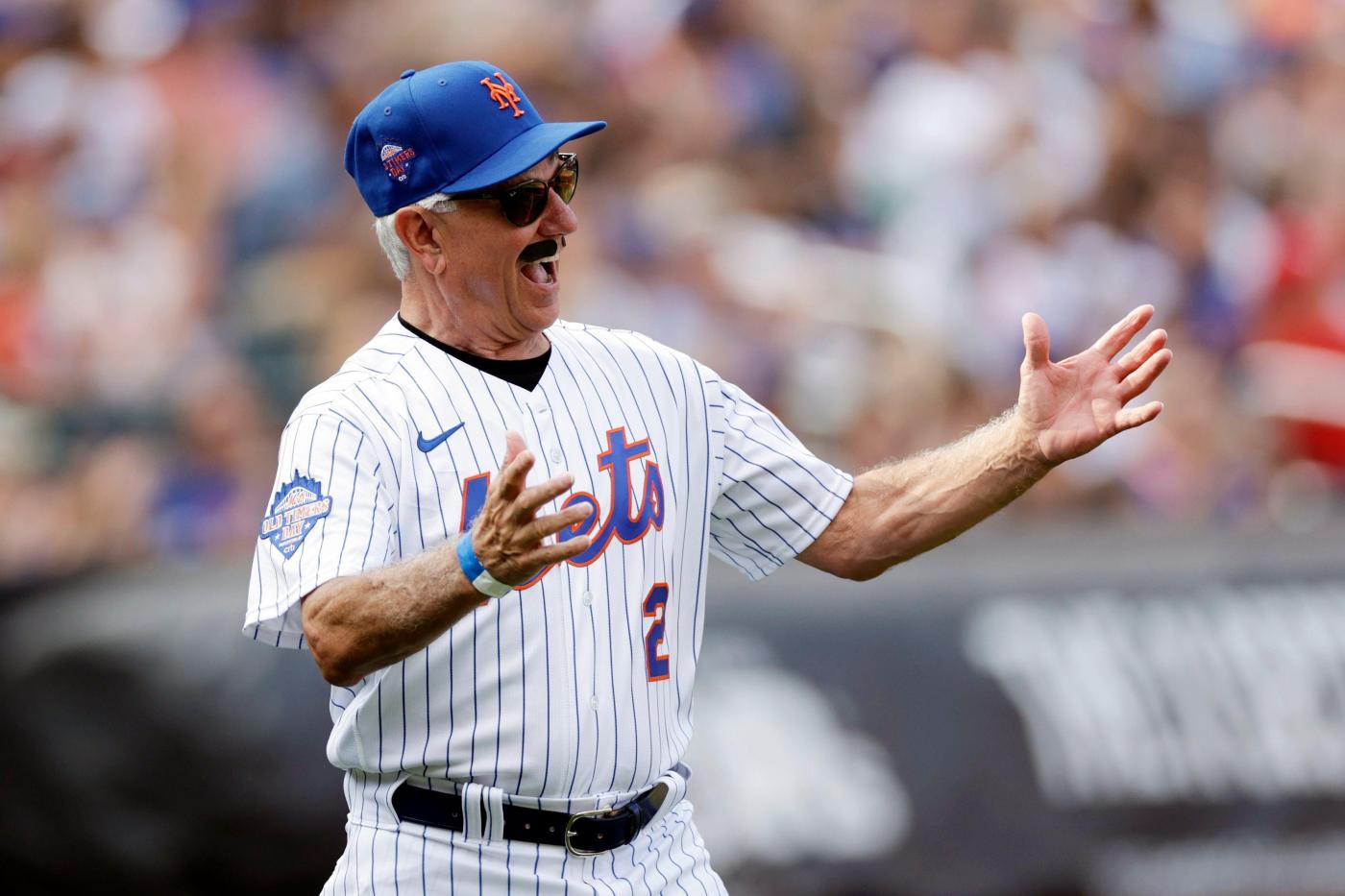 There are very few things on earth more powerful than nostalgia.

On Saturday afternoon at Citi Field, fans were riding the high of watching their favorite players from yesteryear put on a Mets jersey one more time.

Everyone from Jay Hook (the first winning pitcher in franchise history) to Daniel Murphy (who was still a major leaguer as recently as 2020) were on hand to celebrate the team’s Amazin’ history. During the pregame introductions, bona fide superstars like Darryl Strawberry and Pedro Martinez drew some of the loudest ovations, but so too did beloved cult figures like Bartolo Colon and Endy Chavez.

“We didn’t go out there to evaluate our talent or evaluate who was out there,” Martinez said in the postgame press conference. “I can tell you, there was a huge amount of respect from the youngest to the oldest. To have the opportunity to share my time with some of my heroes from the ‘80s, and be able to share it with some of my ex-teammates from the Mets, it’s a heck of an honor.

“I’m extremely proud to have been part of the Mets.”

There was also a baseball game to play. Every baseball game needs managers, and the Mets called up Joe Torre, Willie Randolph, Terry Collins and Bobby Valentine to do the honors. Torre, forever associated with the Yankees’ dynasty of the late 1990s and early 2000s, got a few jest-filled boos from Mets’ fans still reeling from the 2000 World Series.

The Miracles, co-managed by Collins and Valentine, beat Torre and Randolph’s Amazins in a resounding 8-1 win. The Miracles had the luxury of playing three guys who were very much still in game shape — Murphy, Chavez and Jose Reyes — and they ended the three-inning game with 14 hits to their opponents’ three. The Miracles were also sparked by Mookie Wilson, who made a twisting catch on a deep fly ball in left field and lashed a line drive at the plate that went all the way to the wall.

“It was very fun today until I had to relive facing Pedro, which I didn’t want to do,” Robin Ventura said afterward.

The fans got virtually everything they would have wanted from their Mets’ heroes, save for a Colon at-bat. Colon, Martinez, Dwight Gooden, Jesse Orosco and Al Leiter each got a turn on the mound, and when Leiter walked Mike Piazza on four pitches, the former teammates agreed to let him stay in the box until he put a ball in play. That led to a sacrifice fly, which was much more about the crowd wanting to see how far Piazza can still hit a baseball rather than the catcher trying to get a run in from third.

“We used to get together every year,” Knight said of the 1986 team. “As time has passed, we’ve had a few people that stopped showing up, people that were in jail. It just kind of stopped. [But] any time that you’ve gone to battle the way that we did, and accomplished things together as a team, there’s a closeness.”

Old Timers’ Day, a slam dunk event as far as fans are concerned, should be here to stay for as long as Steve and Alex Cohen are willing to fund it. Apart from just getting the chance to see so many Mets’ legends in one place, the event also leads to the kind of childlike joy that reminds everyone why they fell in love with baseball in the first place.

“Today was just a different deal, to be able to be around all these great players and know that we all have put on the same uniform,” said Knight, MVP of the 1986 World Series. “It’s a fraternity, and it’s strong. When you’re sitting there, it’s almost like you’re a little boy again, it really is.”

“It’s just been a terrific experience,” said team president Sandy Alderson. “I think that is true for the players, who are all here today. I think it’s true, certainly, for the organization. But most importantly, perhaps, it’s true for the fans. It was tremendously rewarding that there were so many fans in the ballpark when those introductions started.”

The fact that Old Timers’ Day even happened at all — and included a game, something that the crosstown Yankees don’t do anymore, which delighted Martinez — is a testament to just how much has changed under the Cohen ownership.

“This organization is totally different than it was when I was here,” Knight said, noting that Steve Cohen came and personally addressed the Old Timers before they took the field. “The way the team is run, and the way that the owners treated players and made them feel a part of everything, you just feel it. There’s new kids in town, no doubt about it, and it starts at the top.”

Knight, an unquestioned pillar of one of just two teams in franchise history to win a World Series, was his true unfiltered self on Saturday. He used his platform to voice his displeasure for the previous owners, who he says never invited him back for even a ceremonial first pitch, let alone coordinated an Old Timers’ Day.

“I love the New York Mets. I don’t like the Wilpons or any of that deal.”

With a successful Old Timers’ Day in the bag, plus a roster that should contend for a third World Series ring, Saturday seemed like a definitive turning of the page from the Wilpons to the Cohens.

That’s something that every generation of Mets history can embrace.