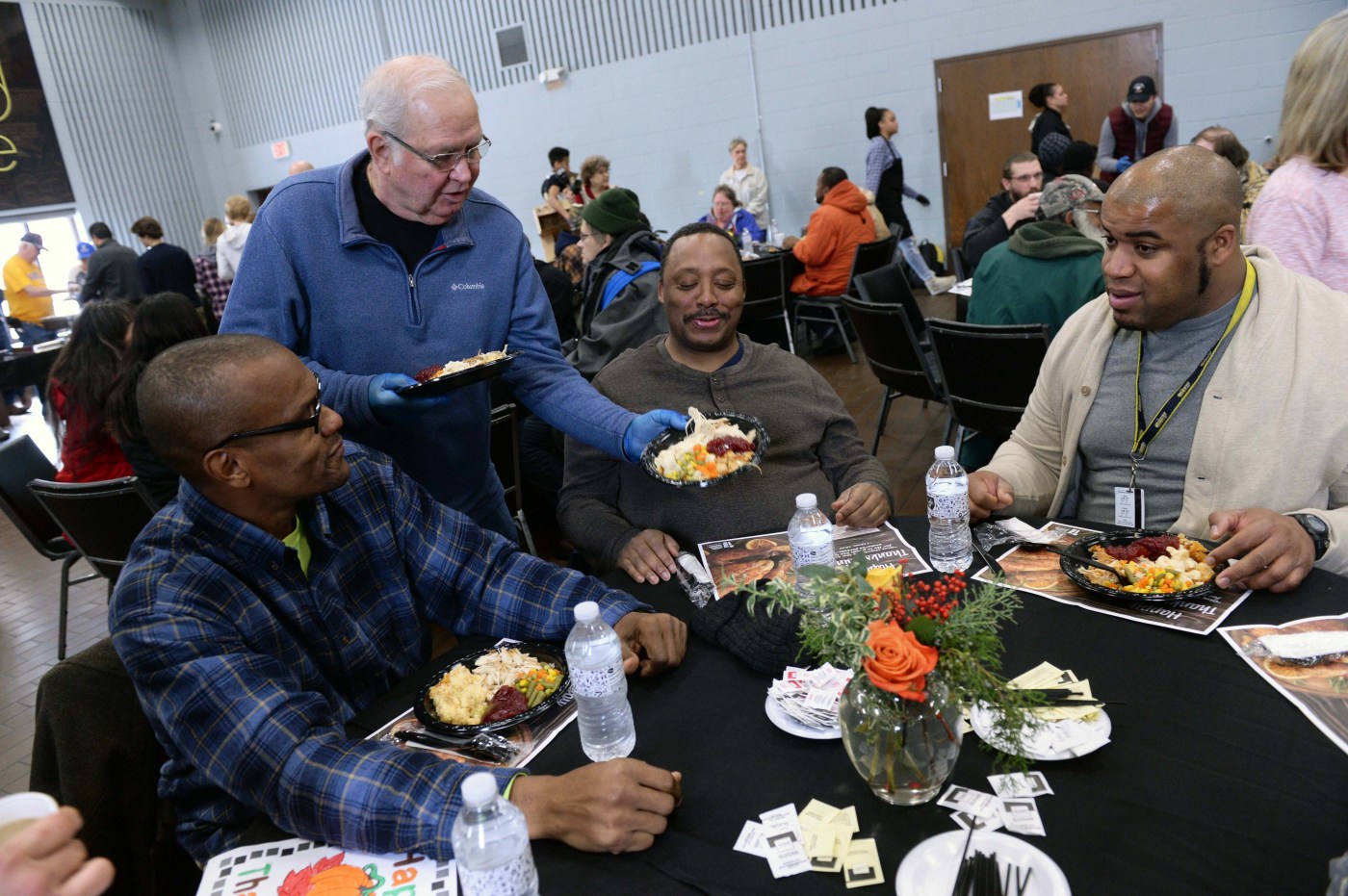 When Jason Drenttel’s food truck rolls into the parking lot for the Union Gospel Mission’s 120th anniversary celebration Wednesday, the pork chops on sticks will already be grilling alongside steak and pulled pork sandwiches, nacho carnitas and other savory fare fit to feed an army of hopefuls.

As far as Drenttel is concerned, it’s his turn to advocate for the men of the mission, because so many of them over the years have advocated for him.

Seven years ago, Drenttel and his girlfriend, Erin Callinan — the “E” in J & E Snack Shack — were walking the streets of downtown St. Paul, washing their blistered feet in the man-made stream at Mears Park and sleeping under the Lafayette Bridge. That’s when a friend in recovery took them out for breakfast and asked if they were ready to try again.

Drenttel had already been through his share of 30- and 60-day programs, but neither he nor Callinan had managed to kick alcoholism. “It was terrible,” said Drenttel, remembering the time before he re-enrolled in Union Gospel’s “Christ in Recovery” service, which he had tried once before.

The couple completed the residential, faith-based addiction help series at their own pace and graduated to better things. Now living in Inver Grove Heights, they have sons ages 5 and 3 and got engaged last month.

Drenttel a few years ago gained full custody of his now-adult son from a prior relationship, and after some setbacks — his previous food truck was totaled during the May 2020 riots, and the father who helped him launch his business died a year ago — he’s rolling up to feed customers who once might have averted their eyes at his poverty.

“Once you’ve had enough, you’ve had enough,” Drenttel said. “I’ve had five close friends pass away (from addiction-related challenges), and they weren’t much older than 40. … I wouldn’t have been able to do this if it weren’t for the Union Gospel Mission. I’d probably be dead.”

A FAITH-BASED HISTORY AND A BUILDING SALE

Founded as a Christian men’s ministry for dock workers, laborers and lumberjacks, the Union Gospel Mission opened on downtown’s Jackson Street in December 1902 through the combined efforts of churches, the city of St. Paul and the YMCA. From emergency shelter to a variety of longer-term residential programs, they now house up to 350 people at a time.

Over the course of 2021, a difficult period in the midst of the pandemic, the nonprofit housed 133 women and children, as well as 864 men who were given emergency shelter and transitional housing.

Pam Axberg, a former United Healthcare executive who became chief executive officer of the Union Gospel Mission in January 2021, said the nonprofit never abandoned its initial focus — “Soup, Soap and Salvation” — though its programming has broadened.

In February, Union Gospel sold the Naomi Family Residences for women and children, which it had maintained since 1992 at 77 E. Ninth St., across the street from St. Paul’s Pedro Park. For now, roughly 20 single women and mothers with children are being housed at the Hotel 340 on Cedar Street while the organization decides whether to build or buy a new housing structure for women in need.

“Our balconies had a structural issue, and for safety and security, we decided we weren’t the best equipped,” Axberg said. “We’re not a builder. We continue to welcome single women and mothers with children. We’ve got capacity for about 24 families.”

Other programs include housing for veterans, which launched last year in partnership with the Minnesota Department of Veterans Affairs and the Minnesota Assistance Council for Veterans; the residential addiction-recovery program; a men’s clothing closet; and a variety of financial literacy and life skills classes. As schools shifted to remote learning because of the pandemic, adult education instructors suddenly found themselves working with small children who had to take classes online.

As COVID-related federal emergency relief dries up, Axberg said, she expects demand for services to increase.

“There were a lot of government interventions during the pandemic, and those are going away,” she said. “We’re seeing some of our emergency numbers and our program numbers go back up right now.”

“Substance abuse, mental health, opioids are a growing problem, and we’re finding ways to try to continue to invite people to take that first step of hope,” Axberg added. “We start with food, shelter, clothing — the basics. We wrap around mental health. And then we include chapel and Bible devotion — mind, soul and body. We serve all, but we are based in the Christian faith.”

WHAT: A 120th anniversary celebration and open house for the Union Gospel Mission featuring live bands, face painting, dunk tank and birthday cake, as well as food available for purchase from food trucks.