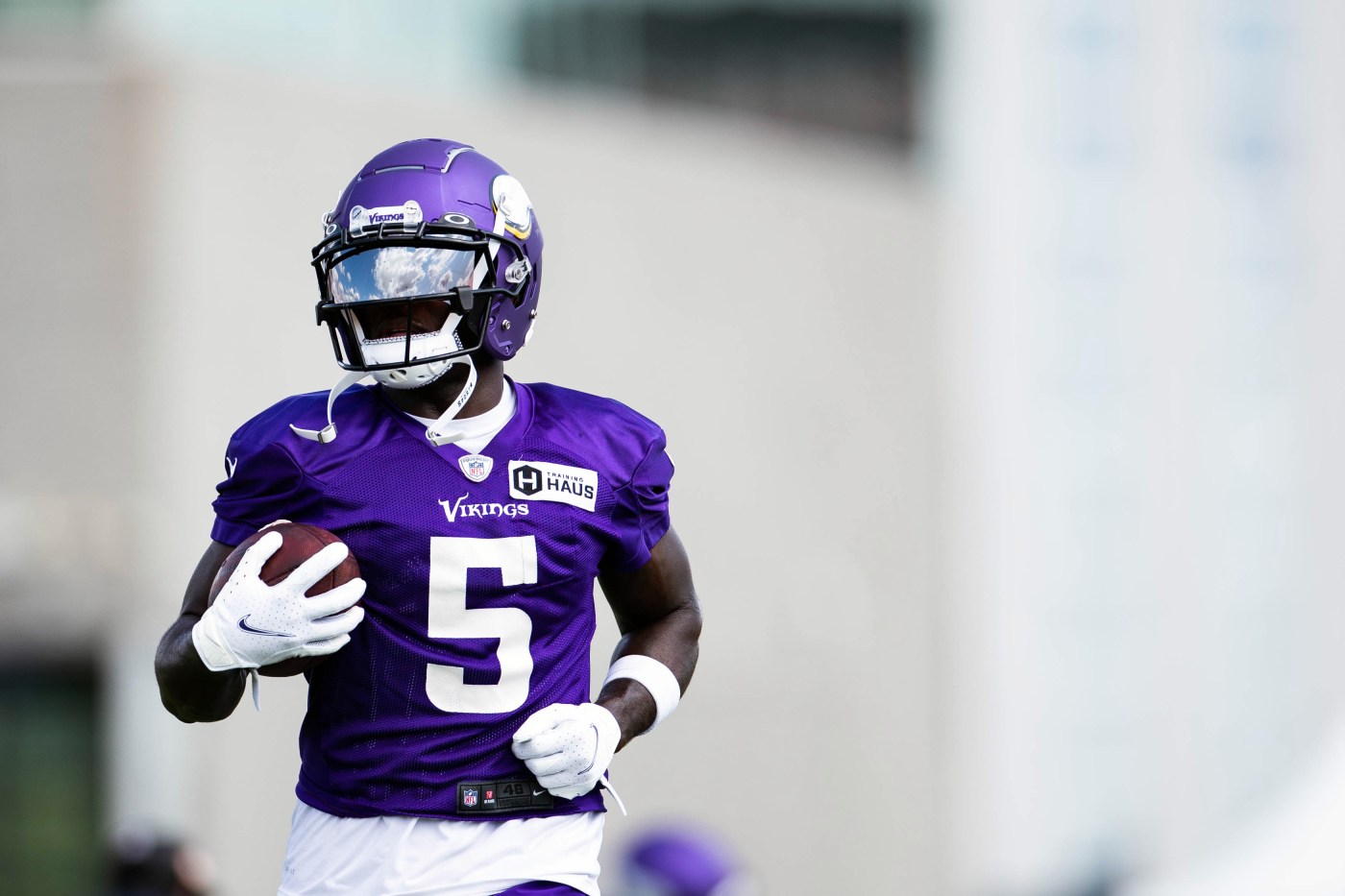 Two weeks ago, the Philadelphia Eagles essentially gave up on Jalen Reagor. That figures to be on his mind Monday night.

The wide receiver, who was traded to the Vikings on Aug. 31 for a conditional 2024 fourth- or fifth-round draft pick and a 2023 seventh-round selection, will return to Lincoln Financial Field for Minnesota’s first road game of the season. He was asked Thursday if he has any thoughts of revenge.

“Of course, why not?” he said. “But I’m not going to go into the game pressing. Just going to let the game come to me. Whatever plays I make, make the best of them.’’

Reagor was taken by Philadelphia with the No. 21 selection in the 2020 draft, one pick ahead of Justin Jefferson. While Jefferson quickly became one of the NFL’s top receivers with Minnesota, Reagor caught just 64 passes in his two Eagles seasons, although he did average 9.2 yards on punt returns.

The Vikings acquired Reagor primarily to be their punt returner. He didn’t play a single snap from scrimmage in Sunday’s 23-7 win over Green Bay in the opener at U.S. Bank Stadium but was back for all four punt returns. The only one he returned went for seven yards.

So how does Reagor think he will be greeted by fans at Lincoln Financial Field?

“Who knows?’’ he said. “It could be good, bad, indifferent. Those things I really don’t worry about because it’s out of my control.”

Since he was traded, Reagor said he has continued to keep in touch with Eagles wide receivers DeVonta Smith and Quez Watkins and running back Miles Sanders. He said there has been no trash talking and that they communicate daily with group text messages and don’t discuss football.

After sitting out against the Packers due to a knee injury, Vikings rookie safety Lewis Cine is primed to make his debut against the Eagles.

“I’m real excited,’’ said Cine, taken with the No. 32 pick in the first round. “I’m stoked. I can’t wait to prepare and really start playing with the team. I really prepared the whole summer and in (training) camp. To finally get to show out, make my debut, is going to be important.”

Cine, who was sidelined after aggravating his knee injury last Thursday, returned to practice on Thursday as a full participant.

“It was tough,’’ Cine said of missing the game against Green Bay. “But I had to be supporting of my teammates.”

All of Minnesota’s players on the 53-man roster were full participants in practice with the exception of rookie cornerback Andrew Booth, who did not take part due to a quadriceps injury suffered against the Packers. Head coach Kevin O’Connell said the Vikings are “still working through his treatment every single day.” His status for Monday is uncertain.

Vikings rookie Ed Ingram was nervous when he started at right guard against the Packers, but it didn’t last long.

“Before the first play, there were some butterflies, but after that, it was just a normal game for me,’’ he said.

Ingram, rated by Pro Football Focus as the NFL’s No. 6 guard after one game, called it a “solid” debut. He gave up a sack on Minnesota’s second possession to Rashan Gary but then settled down.

“You just kind of flush the bad plays and just move on, and try not to have any more bad plays,’’ he said.

Running back Dalvin Cook isn’t worried about the Vikings possibly being overconfident after a resounding win. “We’ve got a great group of leaders that keeps this team right where it needs to be,” said Cook, who sees no issue with Minnesota “handling success.” … O’Connell said quarterback Kirk Cousins’ “preparation is off to a great start.” Cousins had a passer rating of 118.9 after one game to rank fourth in the NFL. … Vikings linebacker Jordan Hicks said a key Monday will be to contain quarterback Jalen Hurts, who threw for 243 yards and ran for 90 in Philadelphia’s 38-35 win Sunday at Detroit. “He’s as dynamic as they come with his legs,” Hicks said. “We’ve got to do everything we can to stop him.”