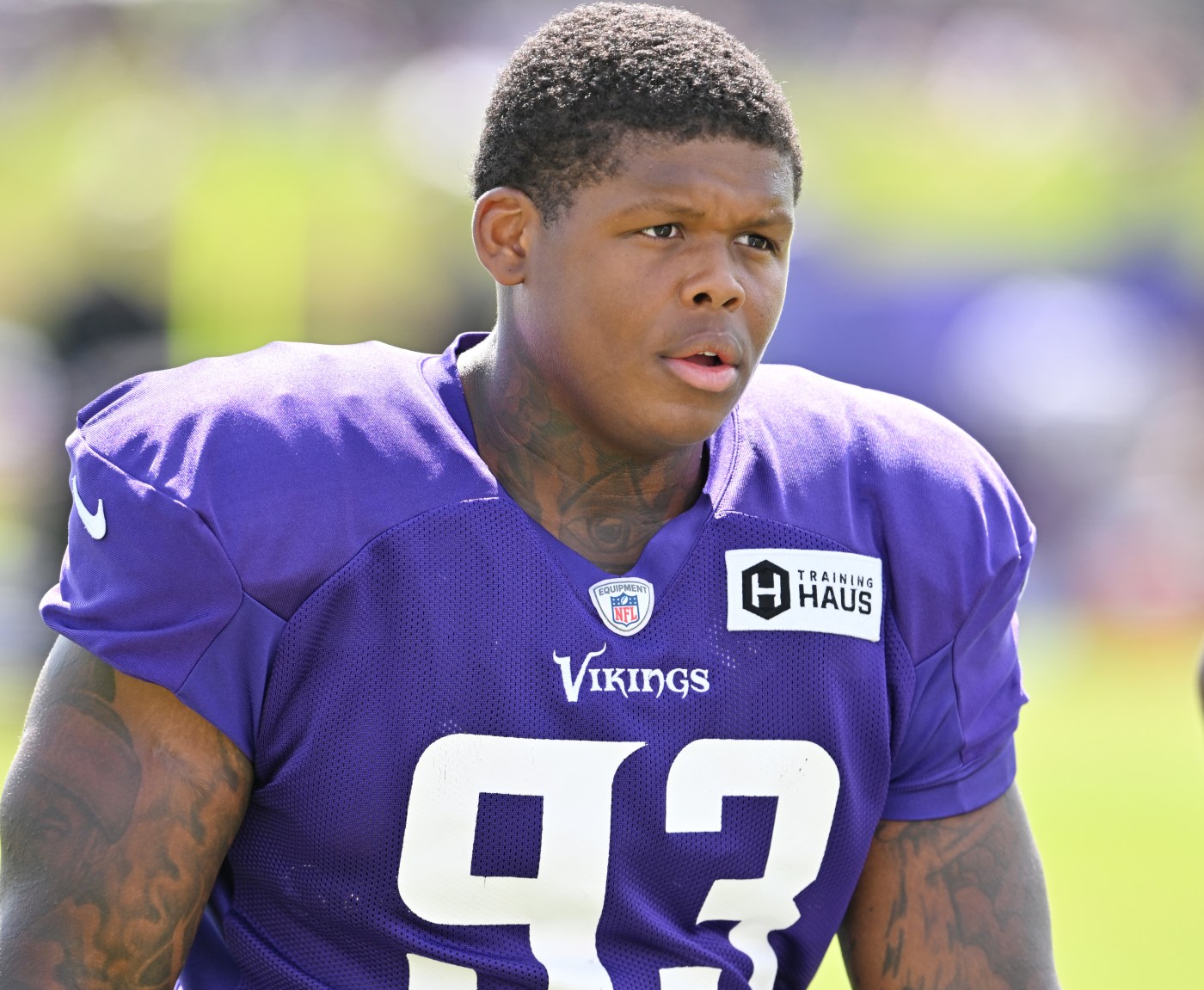 Regardless of whether Jaylen Twyman makes the Vikings’ 53-man roster, he vows to “keep working.”

Twyman, a defensive lineman the Vikings selected in the sixth round of the 2021 draft, was wounded when he was shot four times in his native Washington, D.C., in June 2021, forcing him to sit out his rookie season. He returned to play in the preseason this month, his first game action since 2019 considering he sat out 2020 at the University of Pittsburgh due to the coronavirus pandemic.

By the 3 p.m. deadline Tuesday for teams to get down to the NFL 53-man roster limit, Twyman will learn whether he has made it.

“I’m just going to keep my head down and keep working whether I make the 53 or whether I don’t,” Twyman said. “I’ve just got to keep working.”

If Twyman doesn’t make the roster, he likely would be a candidate for the Vikings’ 16-man practice squad. Asked about the possibility of being on the practice squad, he said he will “see where the chips fall.”

Twyman’s play was up and down in training camp and in Minnesota’s three preseason games. Overall, though, he has been pleased with the progress he has made.

“I put a lot of good days together and there are some days I put together that I need to work on,” he said. “I feel pretty good about my (play). I kept knocking off the rust and kept building days and doing what the coaches were telling me to do, so I feel like I did OK.”

When the 53-man roster is set, the Vikings likely will have at least one undrafted rookie on it in punter Ryan Wright. Edge rusher Luiji Vilain could be a second to make it.

Vilain, who had a team-high nine sacks last season for Wake Forest, finished the preseason with a flurry. He had all five of his tackles in the final two games. He returned a fumble for 14 yards on Aug. 20 against San Francisco, then returned an interception for five yards in last Saturday’s game in Denver.

“It’s been a blessing just taking my coaching and learning from the older guys,” Vilain said of the preseason. “I’ve really just been taking it day-by-day. Honestly, I’m just going to try to stay in the moment. It’s just a blessing.”

“I try to just listen and watch what they do, just to get my game going,” Vilain said.

With Bisi Johnson placed Monday on injured reserve, that could open the door for another receiver to make the roster. Justin Jefferson, Adam Thielen, K.J. Osborn and Ihmir Smith-Marsette are locks to make it and it’s looking good for rookie Jalen Nailor. Battling for a possible sixth spot at the position are Trishton Jackson and Dan Chisena. … Wright, who has been the only punter on the Vikings’ roster since Jordan Berry was released last week, has worn No. 66 in the preseason. With Wright expected to be in uniform for the Sept. 11 opener against Green Bay, he will need to switch to an available number between 1-19 since those are the only numbers punters can wear in the regular season. … The 58-yard field goal Greg Joseph made Saturday was two yards longer than the Vikings’ regular-season record. Paul Edinger made a 56-yarder in 2005, and Blair Walsh had a similar boot in 2012.