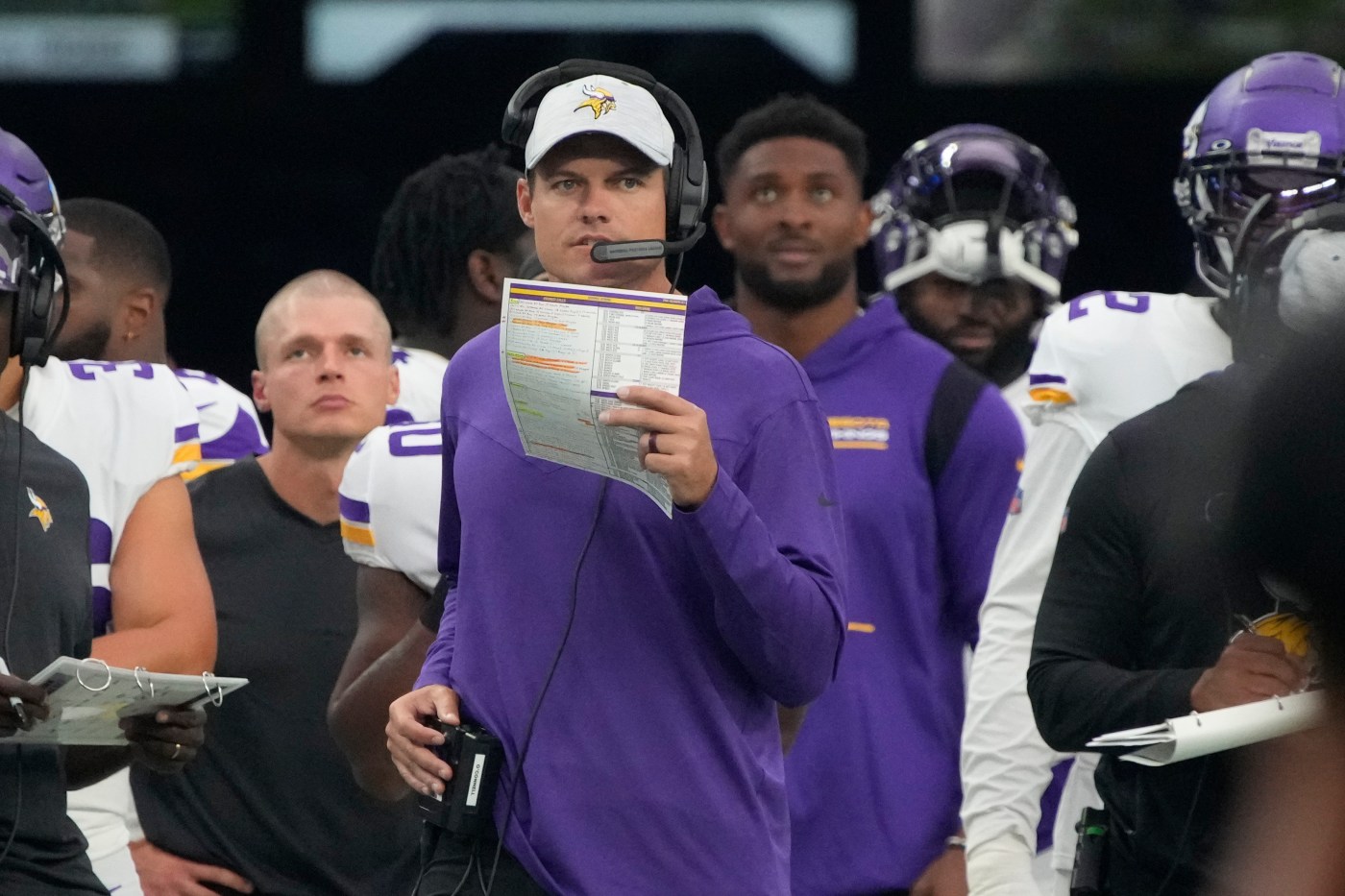 LAS VEGAS — On Aug. 7, 2008, when Kevin O’Connell’s preseason began as a rookie quarterback with New England, Josh McDaniels was his offensive coordinator and position coach. Flash forward 14 years and one week, and O’Connell faced McDaniels in his first preseason game as an NFL coach.

O’Connell, 37, made his debut as a head coach at any level in Sunday’s 26-20 loss to Las Vegas at Allegiant Stadium. McDaniels is in his first season as Raiders head coach.

“It was exciting for me,” O’Connell said. “Obviously, Josh McDaniels on the other sideline, a mentor of mine. Getting to catch up with him a little bit after the game was special. Obviously, we would have loved to win the game and give him a loss, but as far this opportunity and the many others that will come this year, I never take it for granted.”

For O’Connell’s debut, the Vikings sat out 10 starters, including quarterback Kirk Cousins, who tested positive Thursday for COVID-19, and tight end Irv Smith Jr., who is out for the entire preseason due to a thumb injury. The other eight ruled out before the game were healthy scratches in running back Dalvin Cook, wide receivers Justin Jefferson and Adam Thielen, linebackers Eric Kendricks, Danielle Hunter and Za’Darius Smith, cornerback Patrick Peterson and safety Harrison Smith.

O’Connell did play his starters, though, on the offensive and defensive lines because he wanted “to get them some snaps together” for continuity.

The Vikings conclude the preseason with games against San Francisco at home on Saturday and at Denver on Aug. 27. O’Connell said he’ll know more about what he will do with starters for those games after the team has joint practices Wednesday and Thursday with the 49ers at the TCO Performance Center.

The Vikings’ 10 draft picks all made their debuts, including first-round pick Lewis Cine.

“It went great,” said Cine, who started at safety with Harrison Smith resting. “It was a good first experience.”

Cine has talked about having Harrison Smith and Peterson as mentors. He was asked what they said to him about his play.

“They just told me, ‘Dude, just let it loose and just go play fast,”’ said Cine. known as a hard hitter. “They only wanted to see me hit somebody for the first time.”

Things didn’t go as well for cornerback Andrew Booth Jr., a second-round pick who started with Peterson sitting out. In the first quarter, on the same play, he had a 21-yard pass interference penalty and a 15-yard facemask penalty, with the former being accepted.

Guard Ed Ingram, a second-round pick, is battling Jesse Davis to start at right guard. Davis got the start and was relieved by Ingram.

Wide receiver Jalen Nailor, a sixth-round pick from Michigan State, was hoping to make an impact with his first game being in his hometown. But Nailor, who played at Bishop Gorman High School in Las Vegas, didn’t have any receptions and he mishandled a kickoff return and gained just seven yards.

The Vikings rested offensive lineman Chris Reed, and it remains to be seen if he will push Garrett Bradbury to start at center. Reed has been mostly a guard but has been taking some snaps in training camp. In addition to Bradbury, taking snaps Sunday were Austin Schlottmann and undrafted rookie Josh Sokol. … O’Connell said wide receiver Dan Chisena aggravated a “lower leg muscle injury” that kept him out of some recent practices and he will be evaluated. … O’Connell was displeased with the Vikings having eight penalties for 71 yards but said, “I think those will be good learning (opportunities).’’