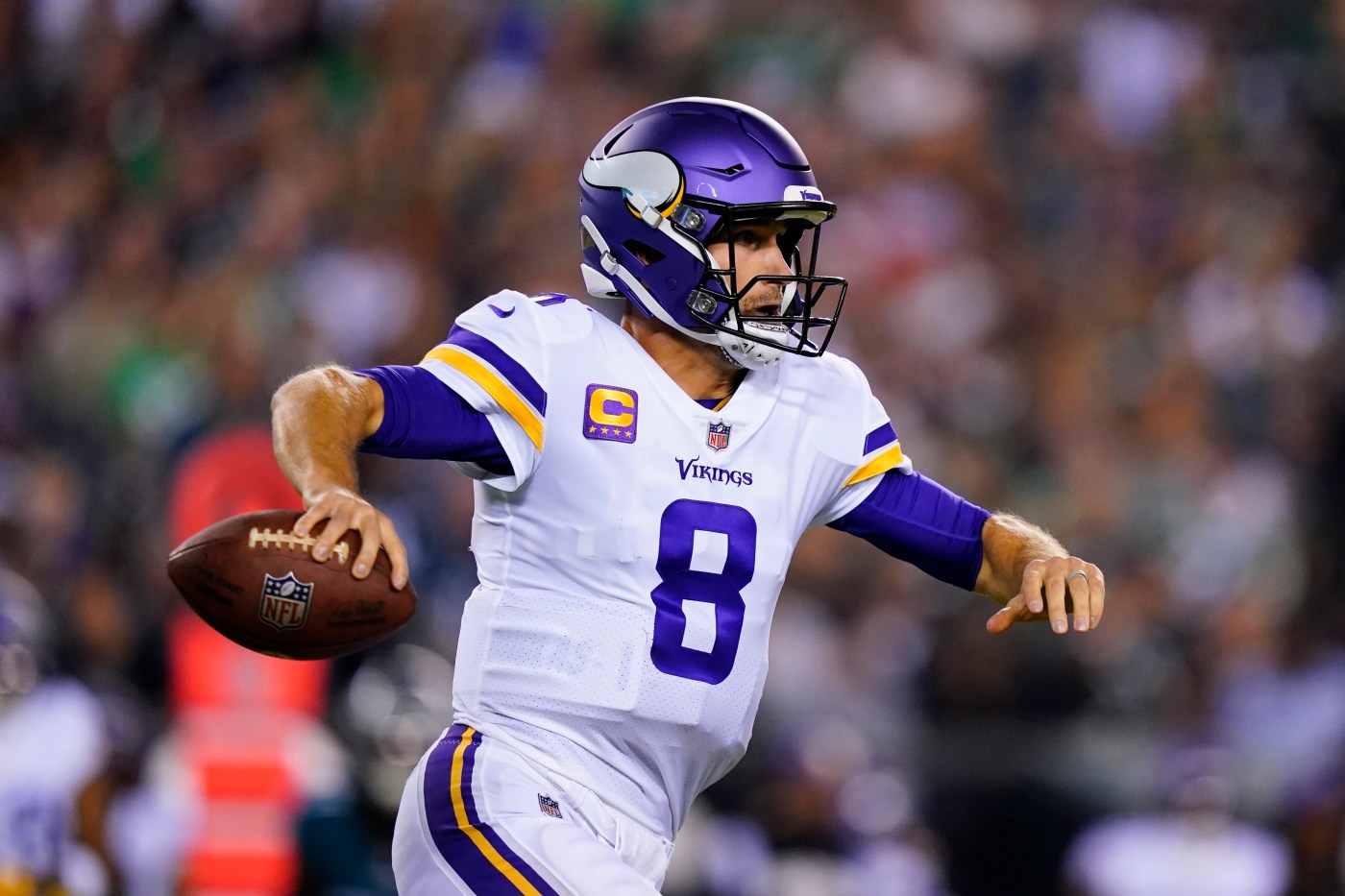 PHILADELPHIA — In the first half Monday night, their defense was stumbling. In the second half, their offense was bumbling.

Now, the Vikings have to regroup.

After an ugly 24-7 loss to the Philadelphia Eagles at Lincoln Financial Field, the Vikings will try to get it back together on a short week. Next up are the improved Detroit Lions on Sunday at U.S. Bank Stadium.

“That was most definitely a humbling experience,” defensive end Dalvin Tomlinson said after Monday’s defeat. “But we’re going to grow off it and go back to the drawing board and get to work.”

The loss followed the Vikings’ 23-7 win over Green Bay in the Sept. 11 opener at U.S. Bank Stadium. Now, they’re in a four-way tie with the Packers, Lions and Chicago Bears for first place in the NFC North, all with 1-1 records.

In the first half against the Eagles, Minnesota’s defense couldn’t stop quarterback Jalen Hurts, who threw for 251 of his 333 yards and ran for 50 of his 57 yards. He ran for two touchdowns and threw for one as the Eagles scored all their points in the first half.

In the second half, Minnesota’s defense was much better, and the Vikings had a chance to get back into the game. But then came the interceptions.

Kirk Cousins threw three in the scoreless second half, two to cornerback Darius Slay. His first pick came early in the third quarter, when Slay stepped in front of Justin Jefferson at the goal line and returned it 19 yards.

“That’s honestly on me,” said Jefferson, who was covered closely all night by Slay and finished with six catches for 48 yards. “I’ll take that one. I’ve got to be flatter (in my route) if Slay’s going to sit on that type of route. I’ve got to come flatter and be in front of (Slay) instead of going behind him.”

The Vikings had another prime scoring opportunity later in the third quarter when cornerback Patrick Peterson blocked a field goal and cornerback Kris Boyd ran it back 27 yards to the Eagles 30. But soon after, Cousins was picked off by Avonte Maddox at the Eagles 15.

Minnesota’s defense rose up when linebacker Jordan Hicks intercepted a tipped Hurts pass and returned it 19 yards to the Eagles 9 with 7:25 left in the game. But Cousins threw yet another interception in the end zone to Slay, and that was it.

“Disappointing performance,” said Cousins, who completed 27 of 46 passes for 221 yards with a touchdown and had a dismal passer rating of 51.1. “Credit the Eagles. I thought they did a good job against us all night long. And now we have to respond in a short week and be a resilient group and get back on track. We need to play better, and we will play better up ahead.”

That was the company line after the game. The Vikings vowed to bounce back against the Lions, who lost 38-35 at home to the Eagles in Week 1 and defeated Washington 36-27 at home on Sunday.

“I’m going to work like crazy to make sure this is not happening again, and I have no doubt we’ll be prepared and ready to respond like the way I know we will,” Vikings coach Kevin O’Connell said. “We have a nice plan for those guys and know that this is our first short week leading into a tough divisional game at home. We’re going to rally.”

In fact, wide receiver Adam Thielen actually relished that the Vikings have a short week, giving them one less day to stew about the defeat.

“I’m excited to get back to work to get kind of over this and luckily we have a short week to get back right on the field,” Thielen said. “Obviously, we wanted to win this game. Obviously, we don’t want to put a performance like that on Monday Night Football, but at the same time we’ve got a resilient squad.”