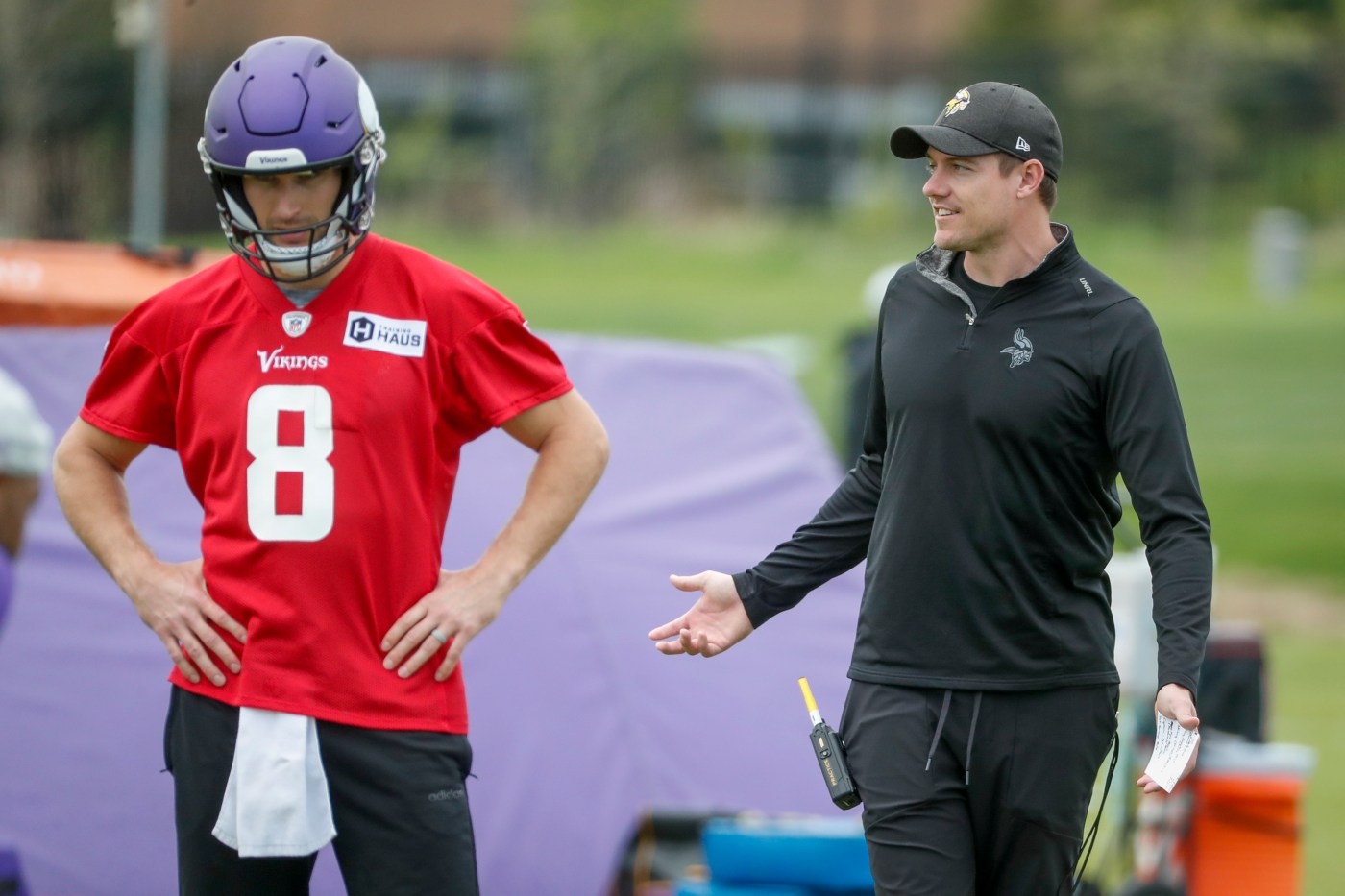 The Vikings spent a lot of time on the field during spring drills, but they also got together off it.

Under new head coach Kevin O’Connell, the Vikings took a team-bonding trip to Topgolf in Brooklyn Center and did some service-related visits, including taking part in book fairs at two St. Paul elementary schools. And a number of players participated in wide receiver Adam Thielen’s charity softball game at CHS Field.

With the Vikings concluding spring work this week, center Garrett Bradbury was asked what has changed the most since O’Connell took over for Mike Zimmer, who was fired in January after eight seasons as head coach. He first pointed to some of the activities off the field.

“There’s a big emphasis on culture, on doing things as a team together, and I think everybody’s buying into that,” Bradbury said. “So far, we’ve had some good team outings. We went to Topgolf, did some service stuff. It’s going to be really good. Everybody sees the benefit to it all.”

Veteran quarterback Kirk Cousins is entering his 11th NFL season and fifth with the Vikings. He believes that team bonding could play a role in the win-loss record this fall.

“It’s difficult to articulate or to quantify how does time spent together at Topgolf equate to a fourth-quarter win, but I have been around team sports just too long (and) I think it matters,” Cousins said. “I think you build relationships, you build trust.

“You get to know guys and it makes the day-to-day more fun because you have these relationships and you’re counting on one another and you want to succeed for the players around you and you want to see them have success. And so it just kind of creates an extra heartbeat, or just a greater love for the guys around you that for some strange reason helps you play football better together.”

At Topgolf, Bradbury said everyone on the team had fun in spite of the varying abilities that were on display.

“You had some experienced golfers like Adam and some guys who don’t know how to hold a golf club,” he said. “But it was entertaining for all of us.”

The Vikings announced Friday that their personnel staff is set for the 2022 season under new general manager Kwesi Adofo-Mensah.

All participated in the spring under injury protection agreements. However, no player can take part in training camp, which gets underway in late July, without a signed contract.