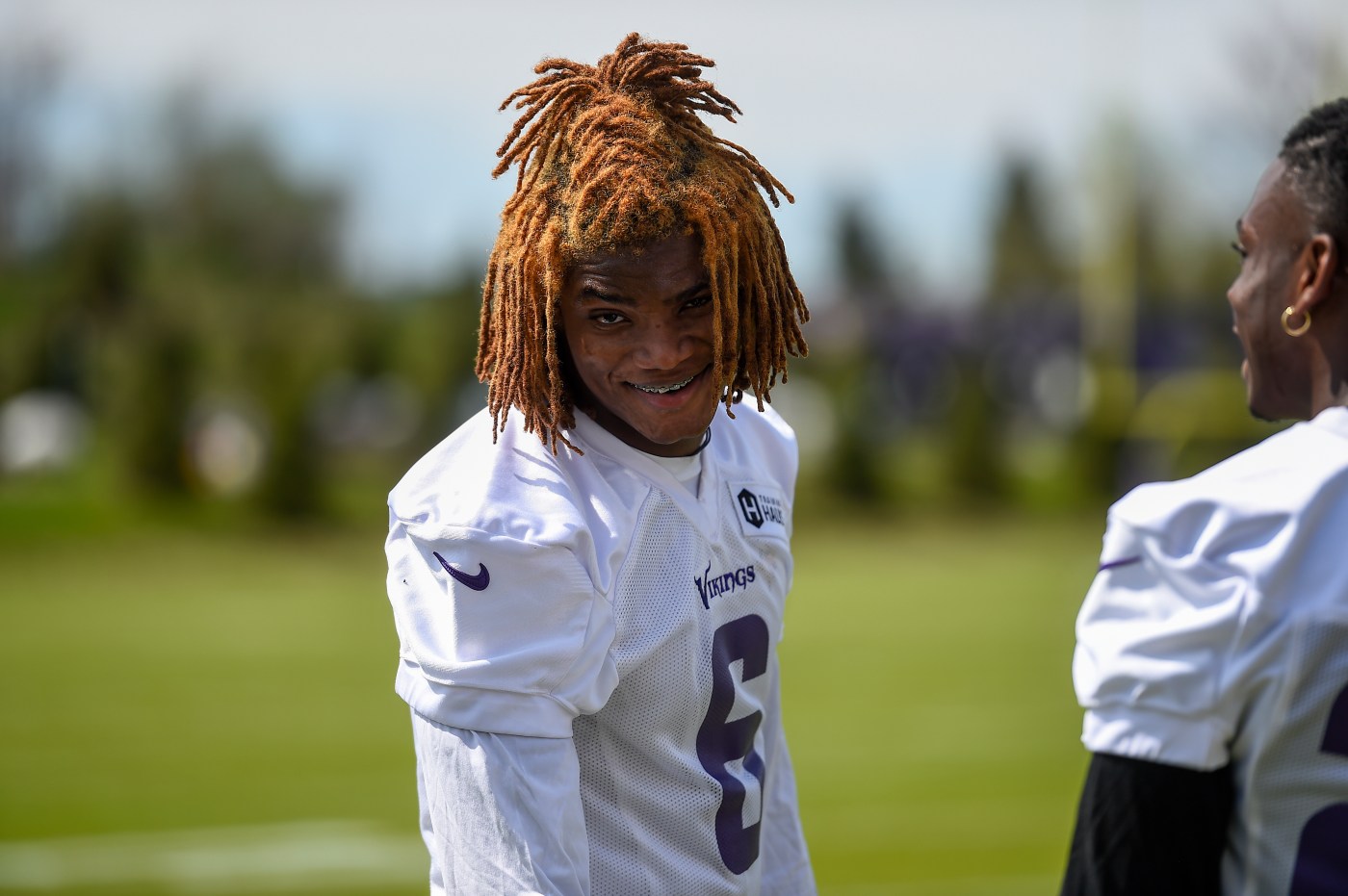 LAS VEGAS — Rookies often talk about having to adjust to the speed of the NFL game. As far as Lewis Cine is concerned, he’s already got that part down.

The Vikings picked up the young safety out of Georgia with the No. 32 pick in the 2022 NFL draft. In his preseason debut, he was in the starting lineup and on the field for 34 defensive plays in Sunday’s 26-20 loss to the Las Vegas Raiders at Allegiant Stadium.

“I didn’t feel lost out there, for one,” Cine said. “It’s like I know I can play to the speed of this game.”

Cine started in place of Harrison Smith, who was rested. Cine is battling Camryn Bynum for the starting safety spot alongside Smith.

Cine said his debut “went great for me.” However, he said he’s “still learning,” and was planning to watch film of Sunday’s game and critique himself.

“(I’ll) learn from this game, see the good, see the bad, look myself in the mirror and tell myself what I did right, what I did wrong, and try to grow from that,” he said.

Cine had one tackle on defense. He also was in for four snaps on special teams.

Kellen Mond is the second Vikings quarterback to be a native of San Antonio. He recently met the other one.

Tommy Kramer was born in the Texas city in 1955, 44 years earlier than Mond, who was born in 1999. Kramer, who played for Minnesota from 1977-89, attended a practice last Thursday at the TCO Performance Center. He posed for photos with Mond and chatted with the second-year pro, who is battling Sean Mannion for the backup quarterback job behind Kirk Cousins.

“He’s a real nice guy,” Kramer said. “I said, ‘You might not be the starter right now, but you’re only one play away, so just be prepared.’ ”

Defensive lineman Jaylen Twyman, a Vikings sixth-round draft pick in May 2021 who sat out his rookie season after being shot four times in his native Washington D.C. in June 2021, made his preseason debut against the Raiders and had three tackles while playing 16 defensive snaps.

It was Twyman’s first game since he played for the University of Pittsburgh in the Quick Lane Bowl against Eastern Michigan on December 26, 2019. He then opted out of the 2020 season due to the coronavirus pandemic.

Head coach Kevin O’Connell was displeased with the Vikings’ eight penalties for 71 yards against the Raiders. He said there weren’t many flags thrown when the same officiating crew worked several recent practices at Vikings training camp. “We’ve got to compare and contrast where we can be better,” he said. … Vikings rookie receiver Jalen Nailor returned to his hometown of Las Vegas and had two catches for 22 yards. But he muffed a kickoff return and gained just seven yards. … The Vikings have lost five straight preseason games. They dropped their finale in 2019, the 2020 preseason was cancelled due to the pandemic, and they went 0-3 in 2021.