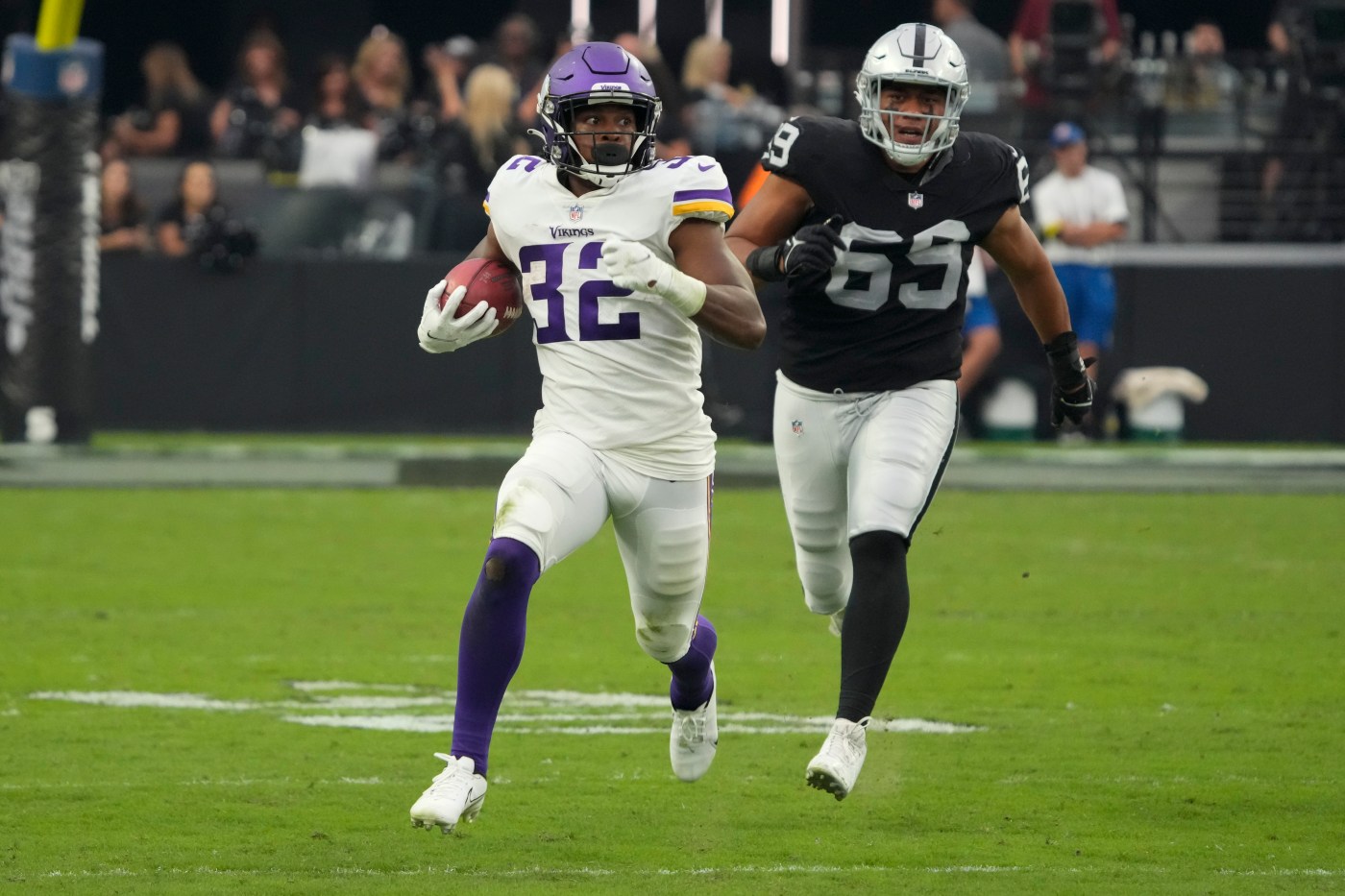 LAS VEGAS — For a guy listed fourth on the depth chart at running back and third at kickoff returner, Ty Chandler sure did put on a show Sunday.

Chandler, a Vikings rookie running back from North Carolina, carried five times for 50 yards in his preseason debut, a 26-20 loss to the Las Vegas Raiders at Allegiant Stadium. And he returned a kickoff 56 yards in the the third quarter.

“It was a wonderful opportunity,’’ Chandler said. “I’ve got a lot of great teammates that push me to get better every day, so it was just all about going out and executing and having fun. So it was just a blessing just to be out there.’’

Chandler is listed on the depth chart at running back behind starter Dalvin Cook, who was rested Sunday, Alexander Mattison, who started and carried three times for eight yards, and second-year man Kene Nwangwu. Nwangwu also had a strong game, carrying seven times for 41 yards.

Then it was Chandler’s turn. In the third quarter, he took the ball at the Minnesota 3 and broke outside and ran down the right side 56 yards to the Raiders 41. That led to a 2-yard touchdown pass from Kellen Mond to Albert Wilson, which cut the deficit to 16-13.

“Man, they loved it,’’ Chandler said about his teammates’ reaction to the return. “They were just encouraging me, man.”

At running back, Chandler showed great quickness bursting through holes. He had Minnesota’s two longest runs of the game, a 14-yard dash in the second quarter and a 13-yard run in the fourth quarter.

“A big shoutout to the O-line and my running back room,’’ Chandler said. “I mean, just getting me ready and pushing me every day to get better.”

Cook and Mattison have said the Vikings have the deepest group of running backs in the NFL. Chandler doesn’t doubt that.

“We’ve got a lot of great guys in the running back room,’’ Chandler said. “I just enjoy being in there and getting the chance to learn from those guys.’’

Unless there are injuries, Chandler might find it difficult to get too many carries during the regular season. But on Sunday, he certainly had his moments.

“He made a lot of good plays,’’ Mond said. “Ty had some great runs. He’s one of those guys who just continues to work. … He’s definitely a reliable source that we have and he’s just going to continue to get better, and that’s what I expect from him.”