Vikings won’t say if quarterback Nick Mullens will play this weekend. Should he? 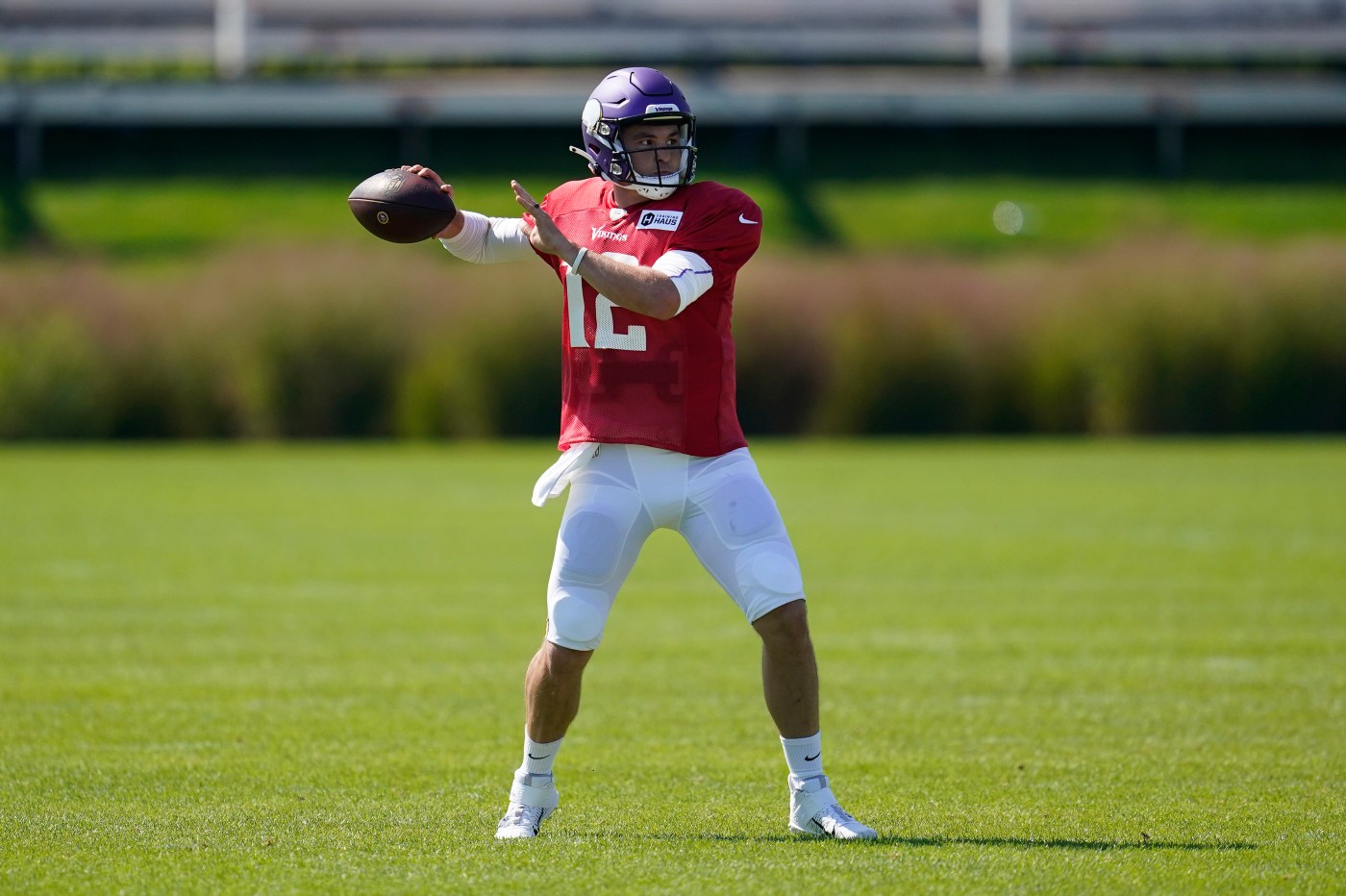 A few days into his tenure with the Vikings and quarterback Nick Mullens is still drinking from a fire hose. He’s trying to learn as much of the new offense as he can with hopes of being named the backup to franchise quarterback Kirk Cousins for the Sept. 11 season opener against the Green Bay Packers.

In the meantime, though, Vikings coach Kevin O’Connell said it’s still unclear if Mullens will play on Saturday in the preseason finale against the Broncos in Denver.

“We will continue to get him a little bit of work here and there,” O’Connell said. “We are still in the process of determining where he’s at with being able to take some snaps on Saturday.”

The good news is Mullens already has some experience under his belt this preseason. He saw some action for the Las Vegas Raiders, and even played against the Vikings a couple of weeks ago, giving his new team a good idea what to expect.

“It’s not like he’s just coming in right off the street and has not played in a long time,” O’Connell said. “He’s taken real game reps, running an offensive system, albeit different from ours. I’ve got a lot of respect for (Raiders coach Josh McDaniels) and those guys. He’s been coached up really well.”

It raises the question: What’s the point in playing Mullens this weekend?

It would make sense for the Vikings to continue to bring Mullens along slowly in the lead up to the Sept. 11 season opener.

O’Connell noted that he plans to talk to Mullens in regards to whether he will suit up this weekend.

“I’m not opposed to it,” O’Connell said. “At the same time, we have not made that decision yet.”

Many people have speculated that veteran center JC Tretter might be a good replacement for maligned center Garrett Bradbury. But that won’t be the case since Tretter announced his retirement on Thursday.

He also interestingly told Sports Illustrated that his camp reached out to the Vikings this offseason. They never got a response. Asked about the comments on Thursday, O’Connell noted that neither he, nor Vikings general manager Kwesi Adofo-Mensah, ever had any dialogue with Tretter this offseason.

“Unfortunately, I can’t really speak to that because, like I said, I’m not aware of any of those conversations,” O’Connell said. “It was news to me to hear it. I did hear it, though.”

It sounds as if the Vikings will sit most of their starters again for Saturday’s exhibition finale in Denver. That is not surprising considering most of the starters sat out the first two preseason games, as well.

“We’re going to continue to assess where we are from a volume-of-reps standpoint for a lot of those guys, and like we’ve done for every single game up until now, we’ll have a plan for our guys,” O’Connell said. “I would not expect to see a lot of our starters in this game.”