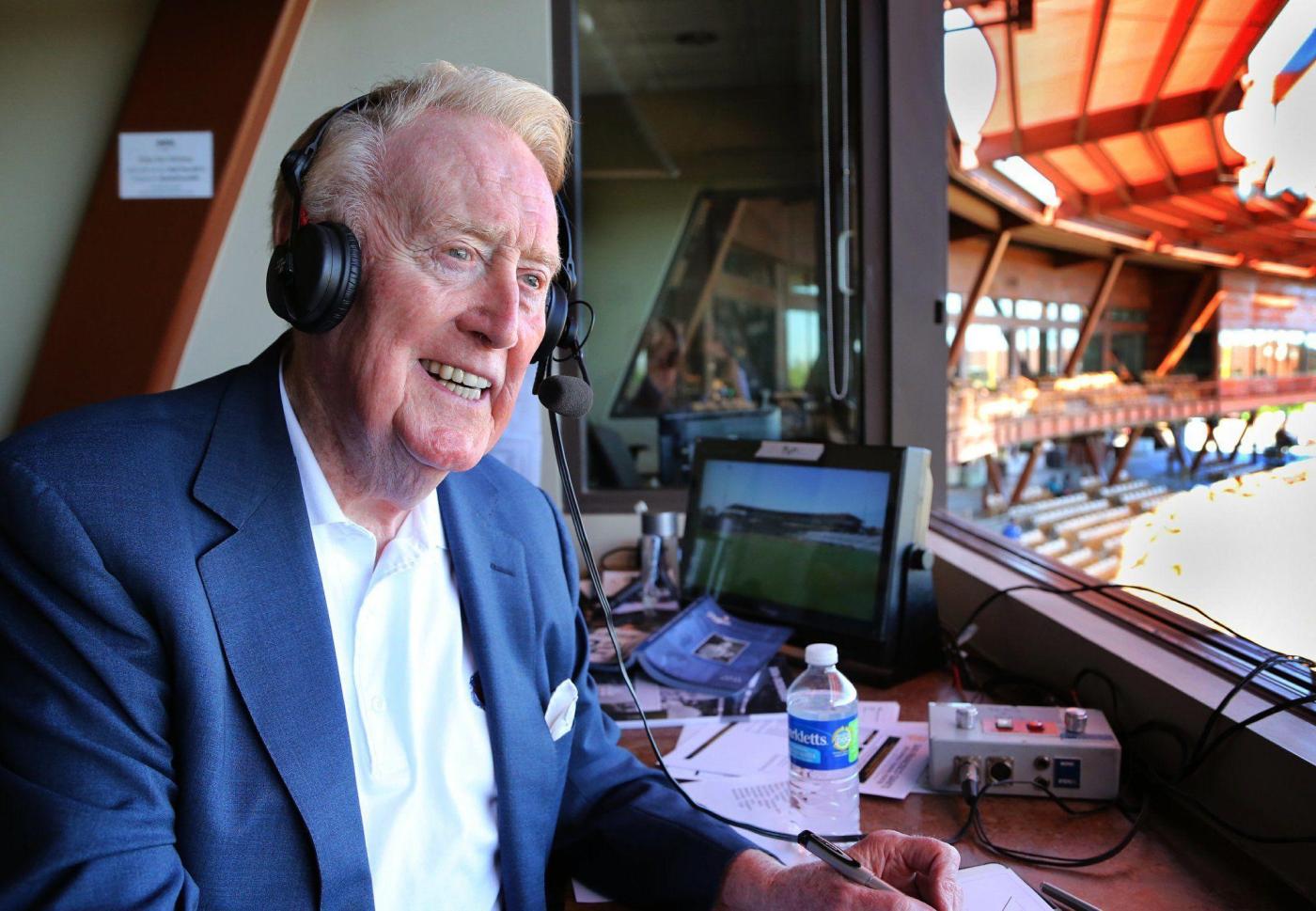 Vin Scully, the radio and TV icon who called Dodgers games from broadcast booths in Brooklyn and Los Angeles, died on Tuesday at age 94.

Scully started calling games for the Brooklyn Dodgers in 1950, not long after he graduated from Fordham, where he helped start the student-run radio station, WFUV. When the Dodgers left Brooklyn for L.A. in 1957, he went west with them and became arguably the most famous and beloved baseball broadcaster in history.

Known for his smooth delivery and ability to tell stories while often working alone in the booth, Scully also made a name for himself calling World Series games. One of his most famous moments behind the microphone came when the Mets rallied to beat the Red Sox in Game 6 of the 1986 World Series.

On the game’s final play, Scully put words to a moment that left just about everyone else speechless.

“Little roller up along first,” Scully said after Mookie Wilson hit a weak ground ball toward Boston first baseman Bill Buckner. “Behind the bag! It gets through Buckner! Here comes Knight and the Mets win it!”

One of his other iconic calls came in 1988, when L.A.’s Kirk Gibson hit a pinch-hit home run to win Game 1 against the Oakland A’s.

“In a year that has been so improbable, the impossible has happened!” Scully said.

Instead of talking over some of the most dramatic moments he called, Scully would often let the pictures on the screen speak for themselves, filing in gaps with carefully chosen words that met the moment.

“A Black man is getting a standing ovation in the Deep South for breaking a record of an all-time baseball idol,” Scully said. “What a marvelous moment for baseball.”

Scully scaled back his travel schedule toward the end of his career but continued to call the majority of Dodgers home games through his retirement following the 2016 season.

“The greatest baseball broadcaster who ever lived, Vin Scully, has passed away,” tweeted Mets broadcaster Howie Rose. “It was an honor just to know him. He demonstrated that language still matters and forged an intimate bond with his listeners that the rest of us can only strive to achieve. The Renoir of broadcasters.”

This is a developing story. Check back for updates.